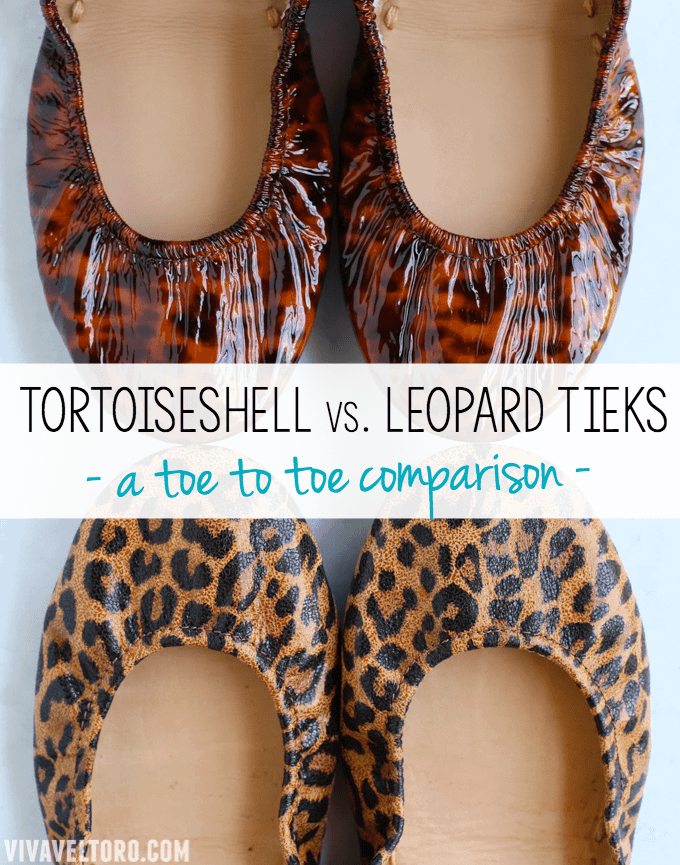 Thinking about adding a fabulous new pair of Tieks to your wardrobe? If you're trying to decide between Leopard Tieks and Tortoiseshell Tieks, let me help! I've got details about both pairs of Tieks ballet flats and I'll lay it all out for you

I'd just bought Leopard Tieks when it as announced that Tortoiseshell Tieks would be making their Boutiek debut. What's a girl to do? In the name of research (at least, that's what I told my husband), I got both!

If you missed me profess my love for Tieks in the past, you can check out my full Tieks review to see why I adore these ballet flats, and you can check out my full collection of Tieks shoes with side-by-side comparison photos to figure out which pair might be right for you. If you've already got some Tieks and want to learn how to take better care of them, lread my post about caring for your Tieks flats and how to apply moleskin to your Tieks too. 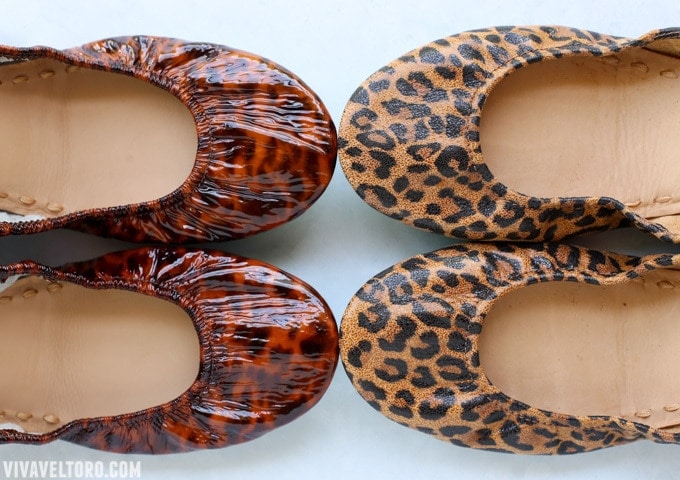 Okay, back to my research. Leopard Tieks and Tortoiseshell Tieks are both crafted from full-grain leather and have brown and black hues, but these shoes give off two completely different vibes to me. 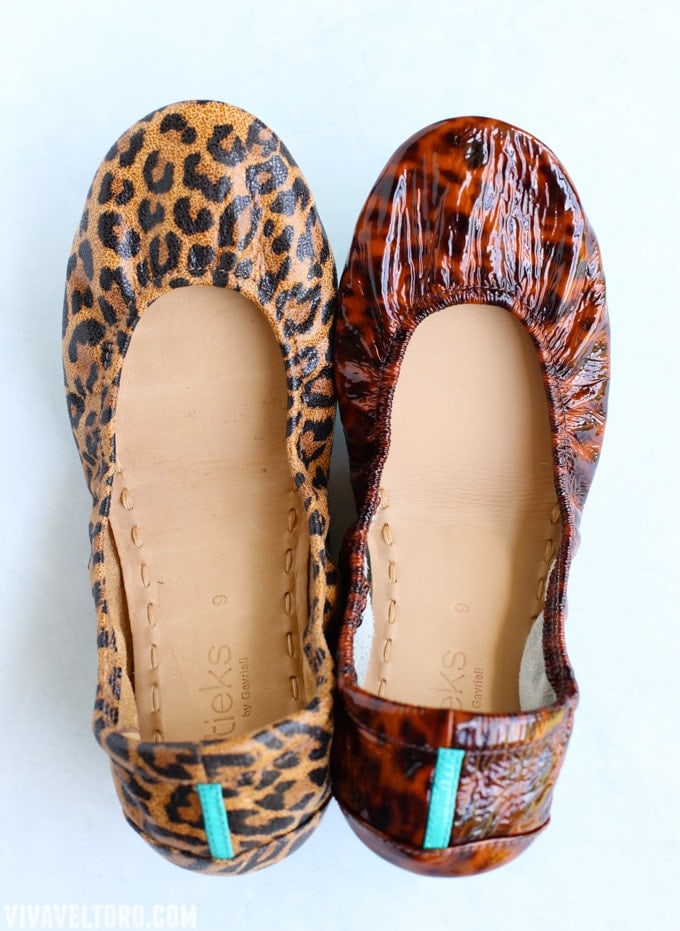 Leopard Tieks radiate effortless fun and instant style. They add a little bit of something extra to spice up even the plainest outfit. In fact, one of my favorite things to wear my Leopard Tieks with is a white tee shirt and jeans. 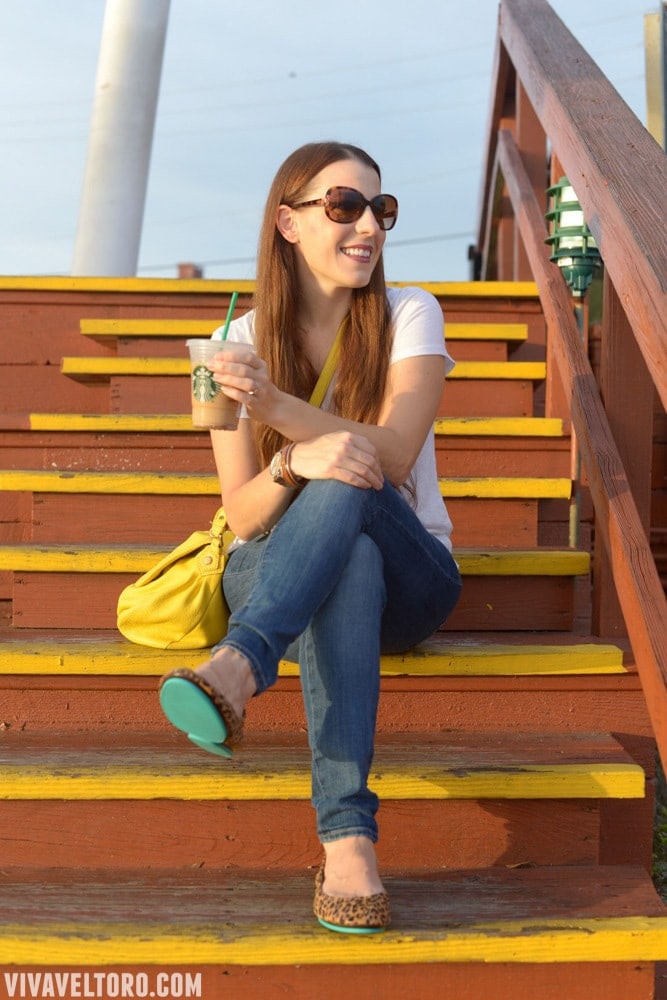 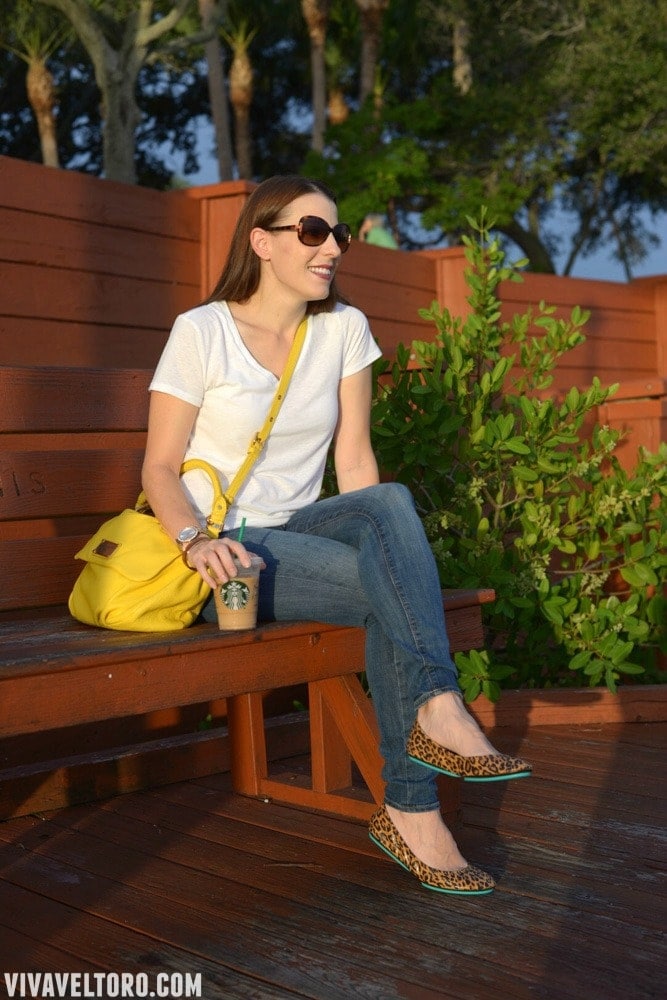 Leopard is exotic and a bit sassy and has become one of my favorite prints. My Leopard Tieks were comfortable right out of the box and required very little breaking in. The finish on these flats is described as a bit delicate, so keep that in mind while you're wearing them. I'm not one to trip often or scuff up my shoes and I've worn these over a dozen times in the 3+ weeks without a single issue. 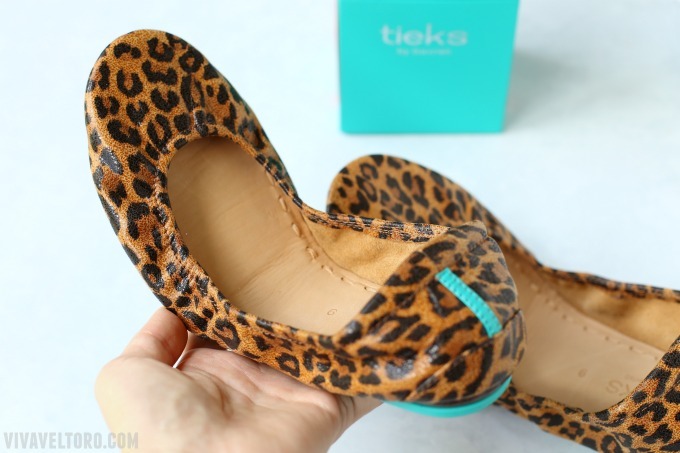 Another thing I love about Leopard is that it's a fantastic neutral. Check out my post about Leopard Tieks to see how I pair them with tons of colors. This makes them especially great for travel since I can wear them with almost anything and they take up very little room in my suitcase. 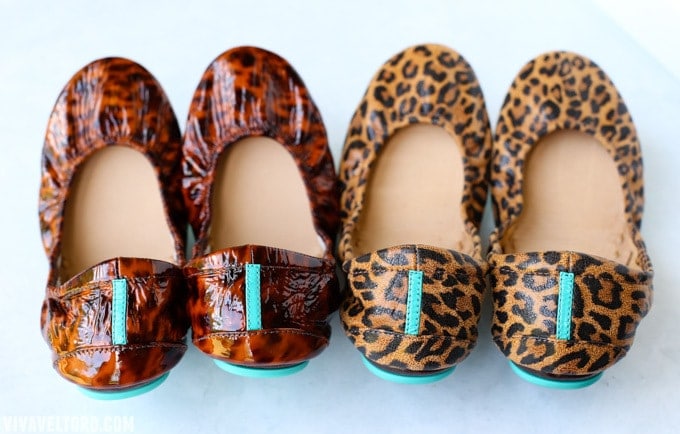 Tortoiseshell looks bit more sophisticated and polished, in my opinion. Like Leopard, they're also a great neutral (check out my full post about Tortoiseshell Tieks to see how I style them), but the hues are richer and the patent finish gives them a little extra "wow" factor. 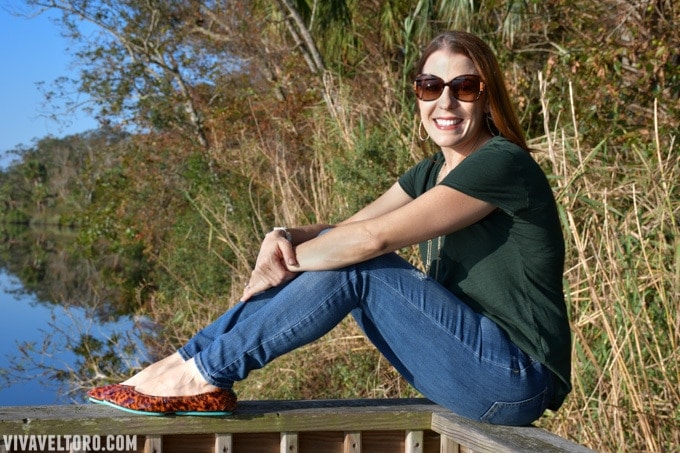 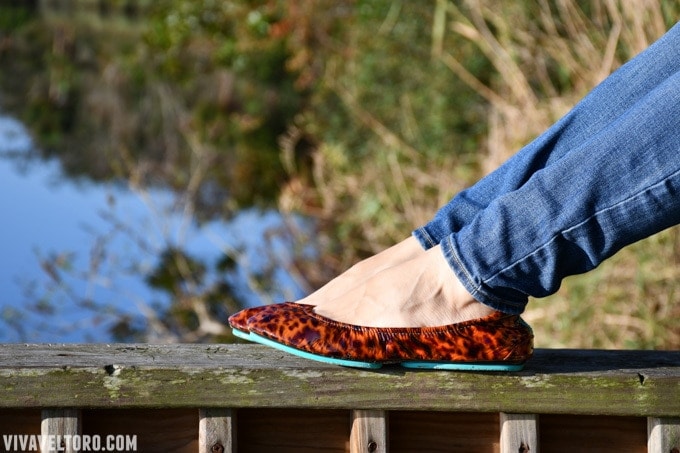 Since Tortoiseshell Tieks are hand painted, no two pairs are alike. The craftsmanship of Tieks flats is always impressive, but these shoes are truly a work of art. Unlike Leopard, these flats are not quite as delicate. In fact, I've found my patent Tieks to be super durable.

When I get a new pair of patent Tieks, I usually wear them for just a few hours the first day and then a few hours the second day before trying to wear them for a full day. Like my other patents (including the neon collection), these felt comfortable right out of the box, but I've found they take just a smidge longer to mold to my feet. Once they do though, it's heavenly. In fact, my Obsidian Black Tieks are one of my most comfortable pairs and I've worn them back to back days at a trade show for over 12 hours at a time. 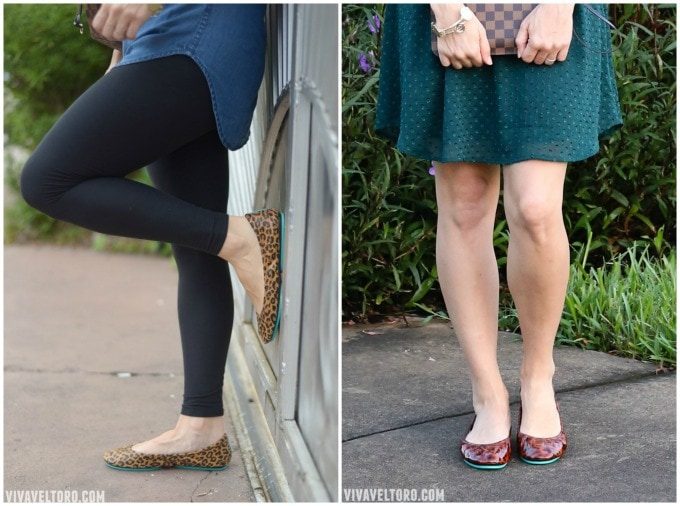 The more I look at these shoes side by side, the more different they look. The rich, amber and reddish undertones and durable patent finish make Tortoiseshell a keeper for me. The cool and confident feeling that Leopard gives off make those my go-to flats for daily wear. 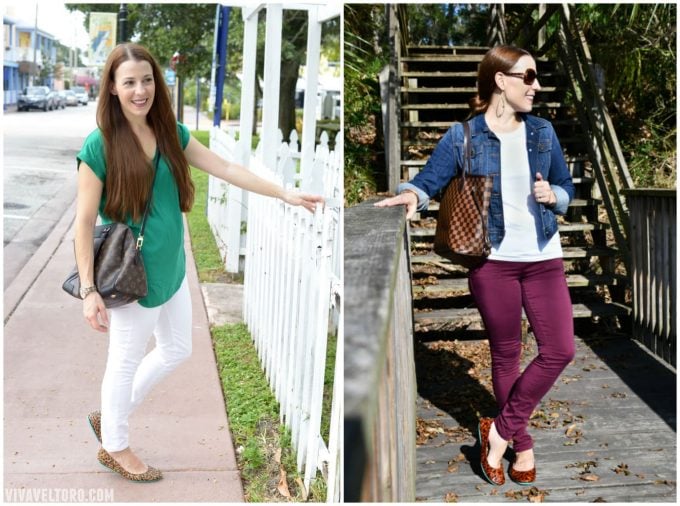 If you're still not sure which pair of Tieks is right for you, check out my post about how to pick the perfect pair of Tieks shoes. I've got even more photos of Leopard and Tortoiseshell Tieks there and 30+ other styles to look at.

You can only buy Tieks directly from the Tieks Boutiek. With over 60 beautiful colors and prints to choose from, there is really something for everyone.

So, which do you prefer between Leopard Tieks and Tortoiseshell Tieks?

Be sure to check out my other posts about Tieks Ballet Flats: