A classy print with a glossy patent leather finish that also happens to be a neutral and will punch up any outfit. Tortoiseshell Tieks have just hit the Tieks Boutiek and I swooned. Here's why I decided these tortoiseshell flats are keepers and how I'm styling them this fall.

I always get excited whenever a new Tieks release is announced. In case you didn't know, I've got a thing for Tieks shoes. But, I'd just treated myself to a pair of Leopard Tieks a few weeks earlier, so I was almost hoping I wouldn't be interested in this new release. Well, you can guess how that went! As soon as I saw Tortoiseshell Tieks I was smitten. 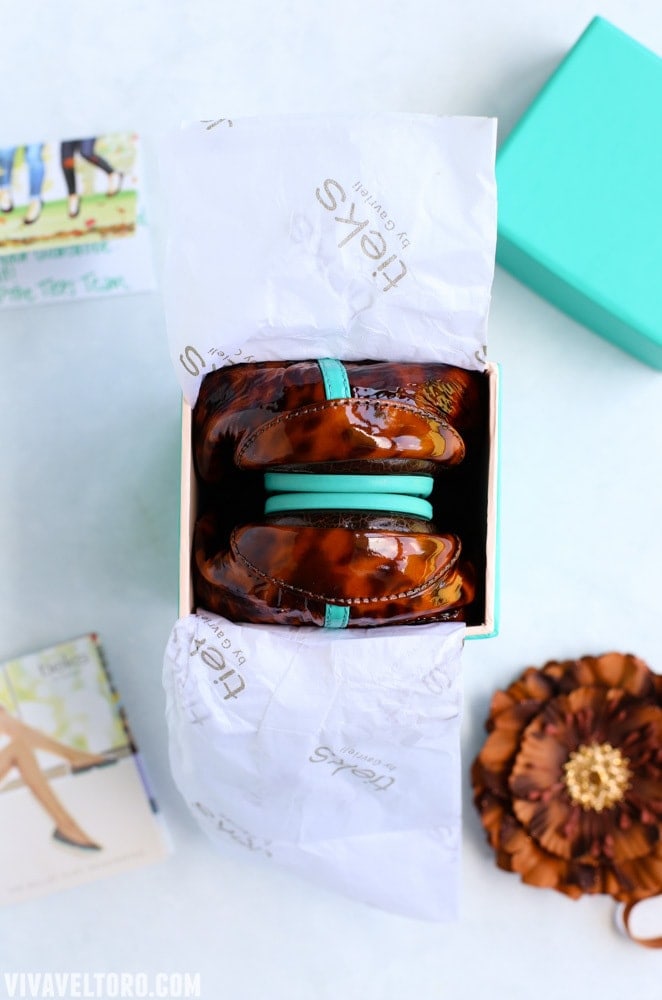 Tortoiseshell has been used since ancient times since people are attracted to its beautiful appearance and durability. Tieks gives us a modern take on a classic with their Tortoiseshell ballet flats. They're certainly beautiful and if my experience with my other patent leather Tieks holds true, they'll be durable as well. 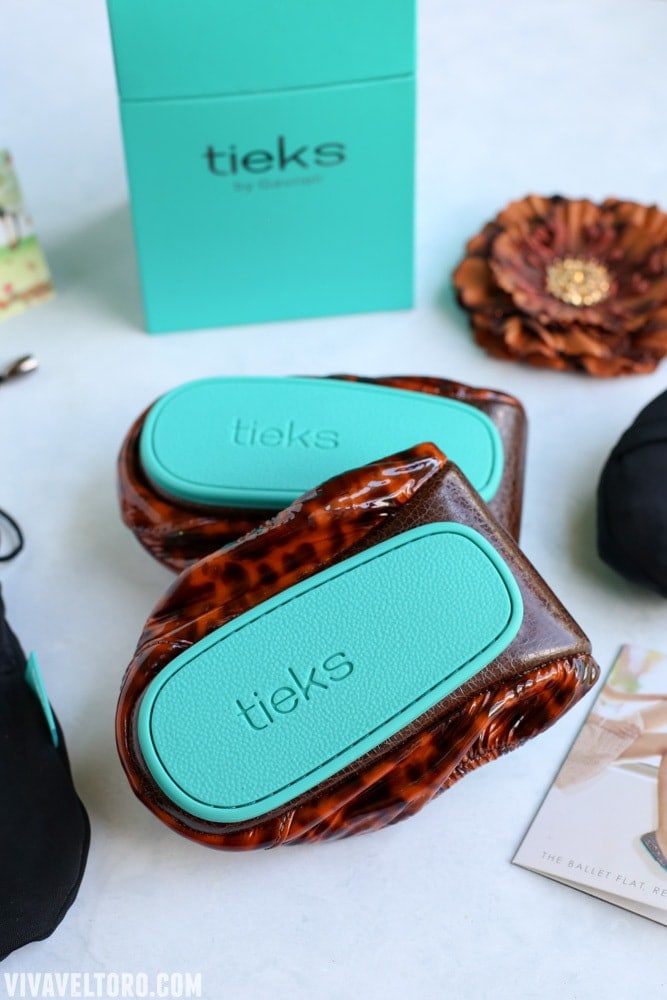 The full grain leather is hand painted by expert artisans in Tuscany and then finished with a glossy patent polish. I know what you're thinking... brown and black pattern.... aren't they similar to Leopard? 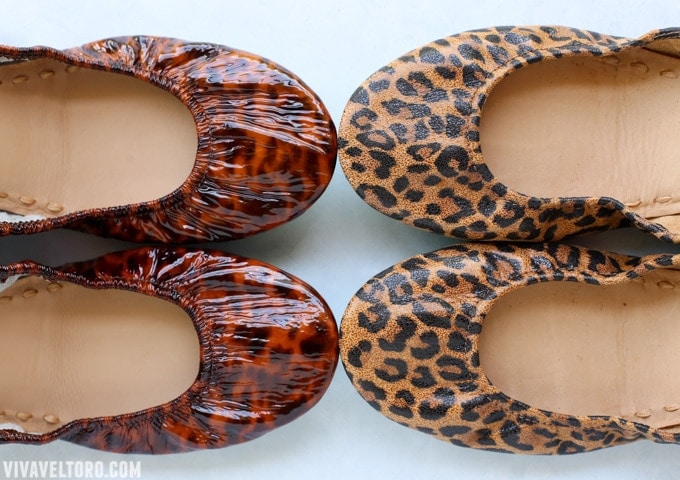 In my opinion, no. I've got too much to say about the differences and was able to capture some great photos, so I decided to do a toe-to-toe comparison between Leopard Tieks and Tortoiseshell Tieks. Stand by because that post will be coming soon.

Back to Tortoiseshell. As one Facebook user commented on a post in Tieks Anonymous, "Tortoiseshell is like Leopard's classier older cousin." I couldn't agree more. These shoes feel a bit more sophisticated and maybe a bit dressier than Leopard, although they can certainly be dressed up or down depending on your mood.

Here are a few ways to style Tortoiseshell Tieks. 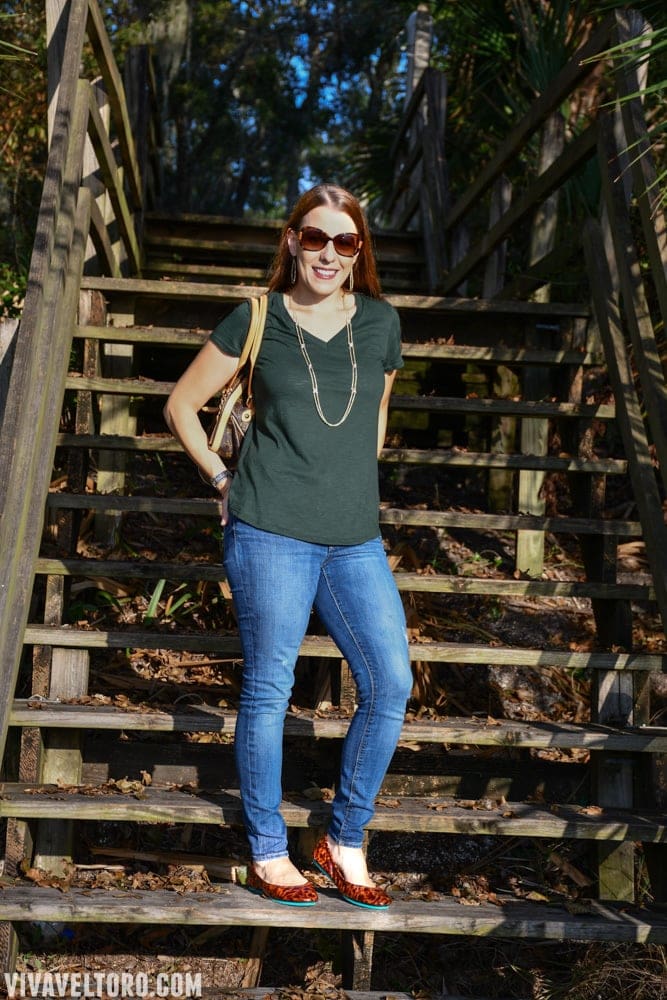 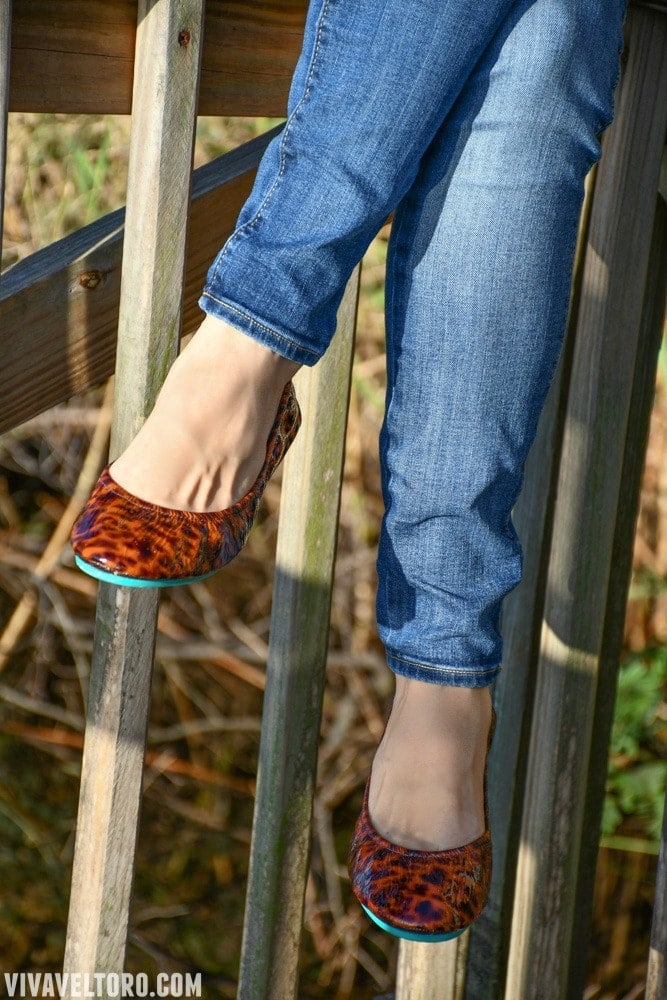 As you can see, these shoes are stunning in direct sunlight. I tried to get a variety of shots so you can see the gorgeous reddish undertones in bright lights and the classic tortoiseshell mottling, as well as how beautifully the Tiek blue soles contrast with the print. 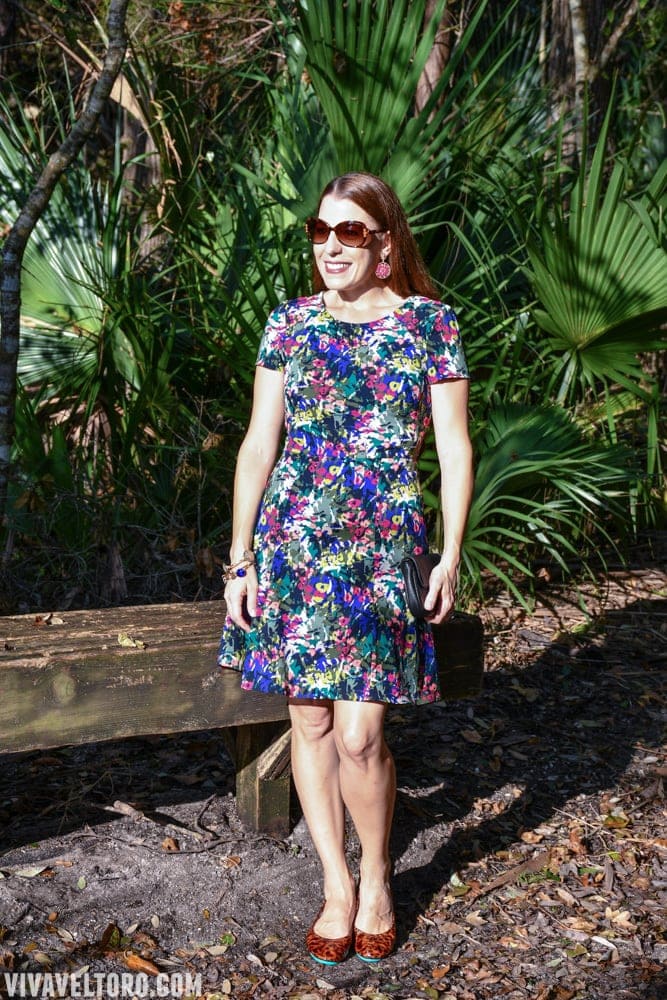 I wasn't entirely sure about pattern mixing, but I think this dress and the Tortoiseshell Tieks look pretty great together. Another way you can break up the print is to pair it with a solid sweater or jacket. 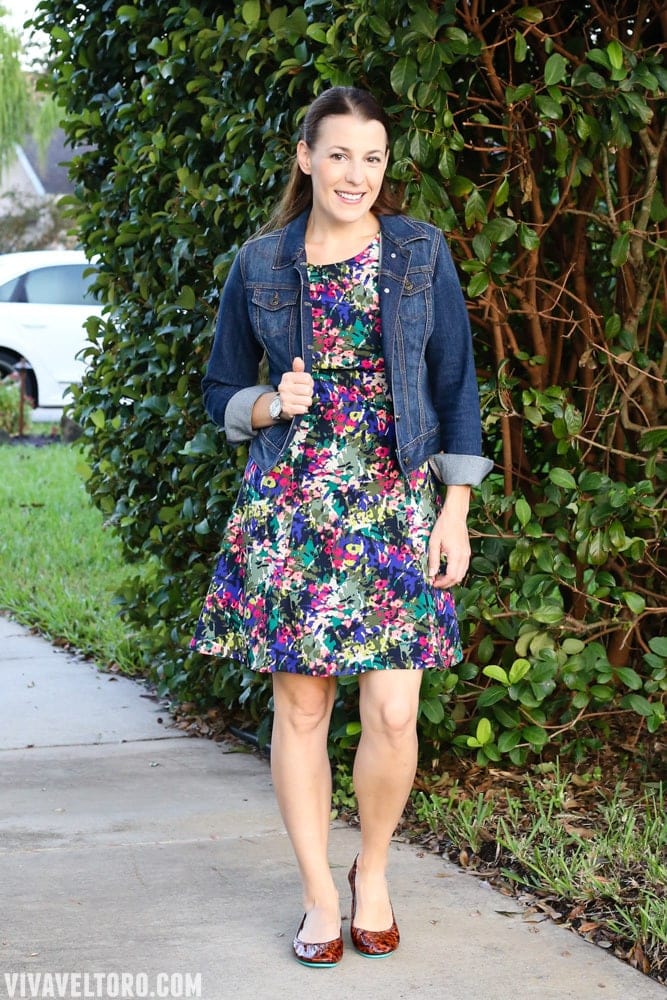 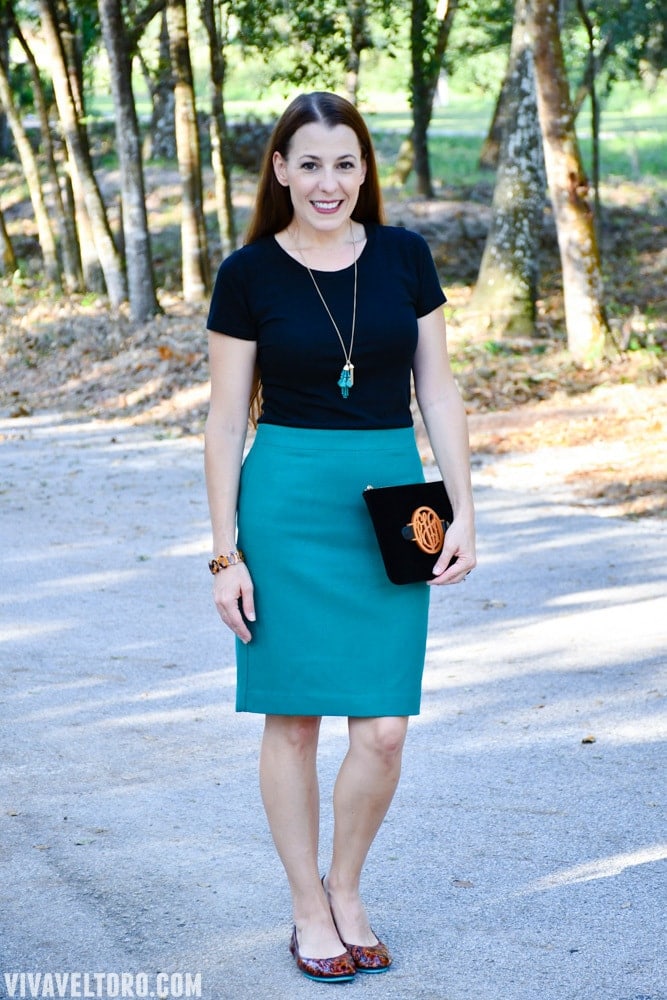 I love a pencil skirt and when I saw this one, which is a pretty close match to Tiek blue, I knew it would be perfect. I think this would be a smart look for work or a night out on the town. 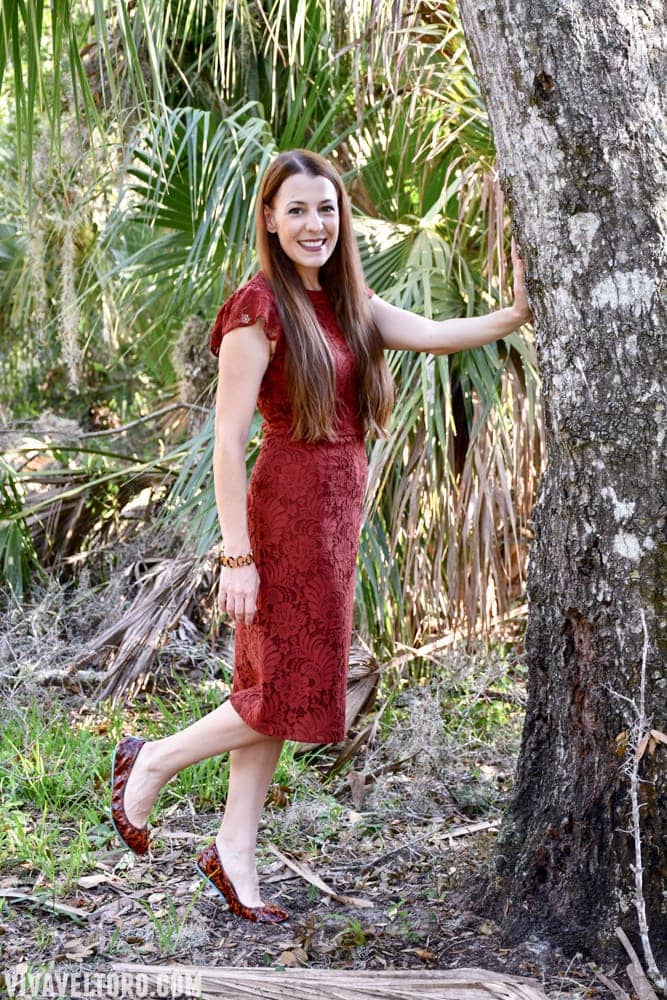 Speaking of a night out, here's a dressier look pairing the Tortoiseshell Tieks with a knee-length lacey dress. Not many shoes can transition from day to night so easily, and that's another reason why I love my Tieks. 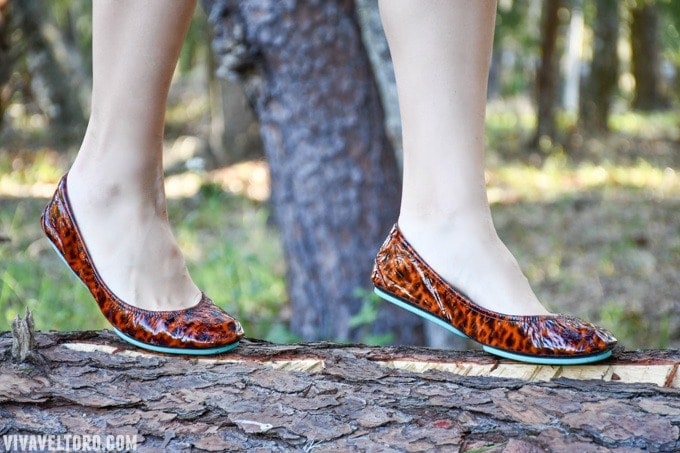 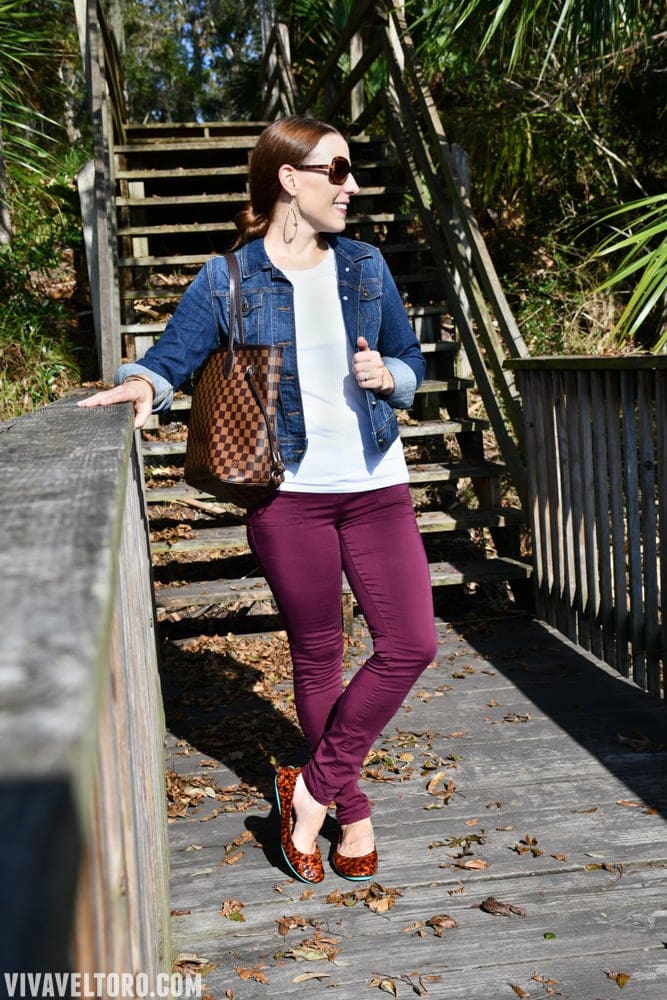 A cute and casual look for fall. Adding an extra pop of color to your wardrobe with colorful pants is a great way to shake things up. Again, look how beautiful these shoes are in direct sunlight! 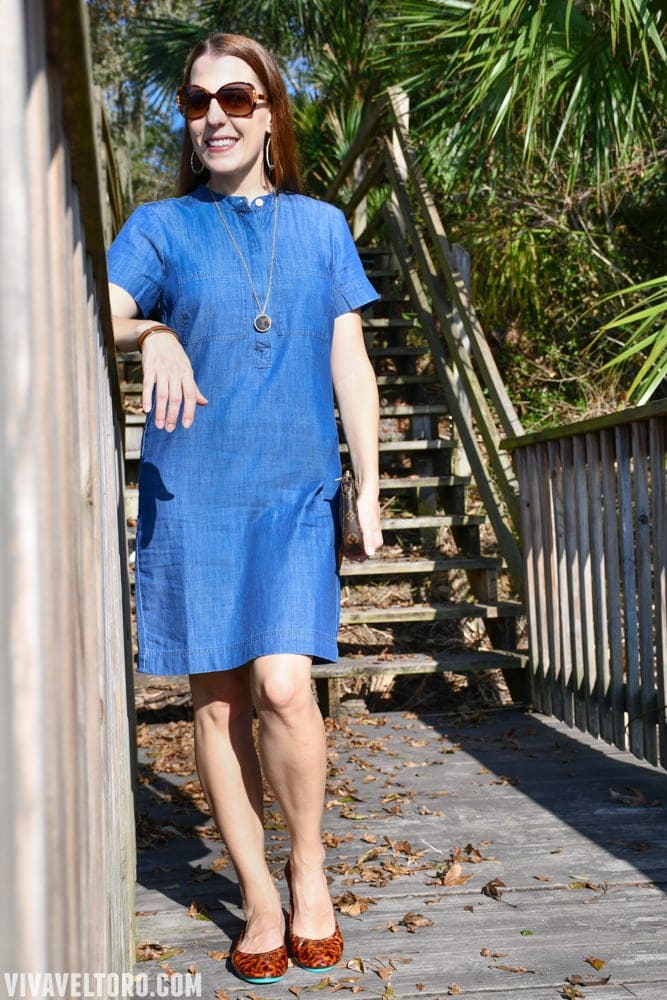 I was so excited to find so many great tortoiseshell accessories in stores right now, like this pendant necklace. 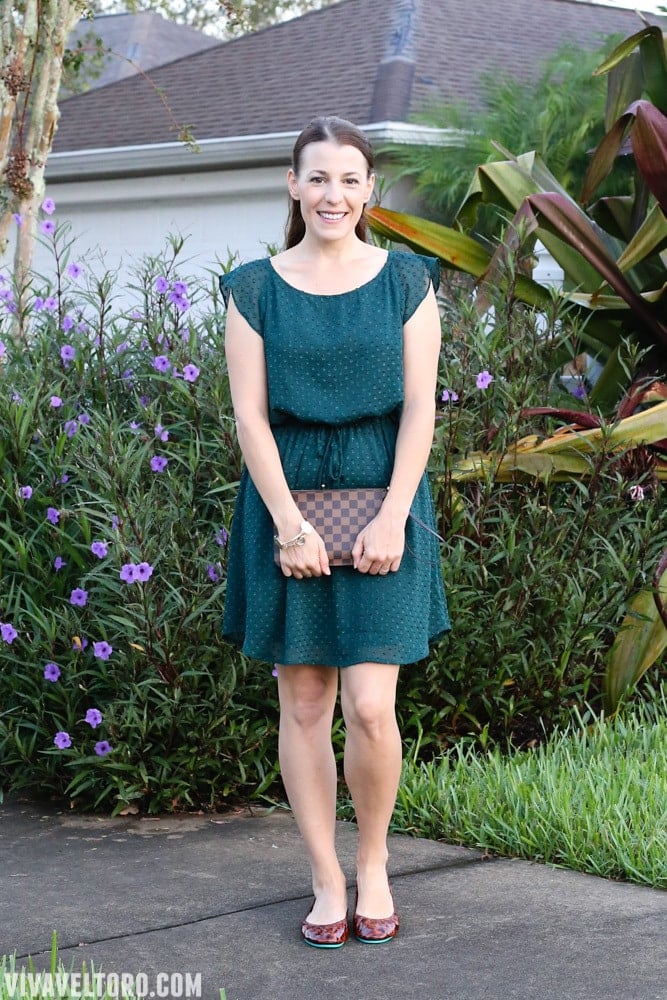 I think Tortoiseshell Tieks are just what I needed for fall. We've got a lot of trips planned this season and I can't wait to explore new places in these Tieks.

So, what do you think about Tortoiseshell Tieks?
I'd love to hear your thoughts!

Be sure to check out my other posts about Tieks Ballet Flats: