Do you have a little Star Wars fan in your home? He or she will LOVE the Star Wars Easter Basket we've got up for grabs, thanks to our sponsor Click Communications! 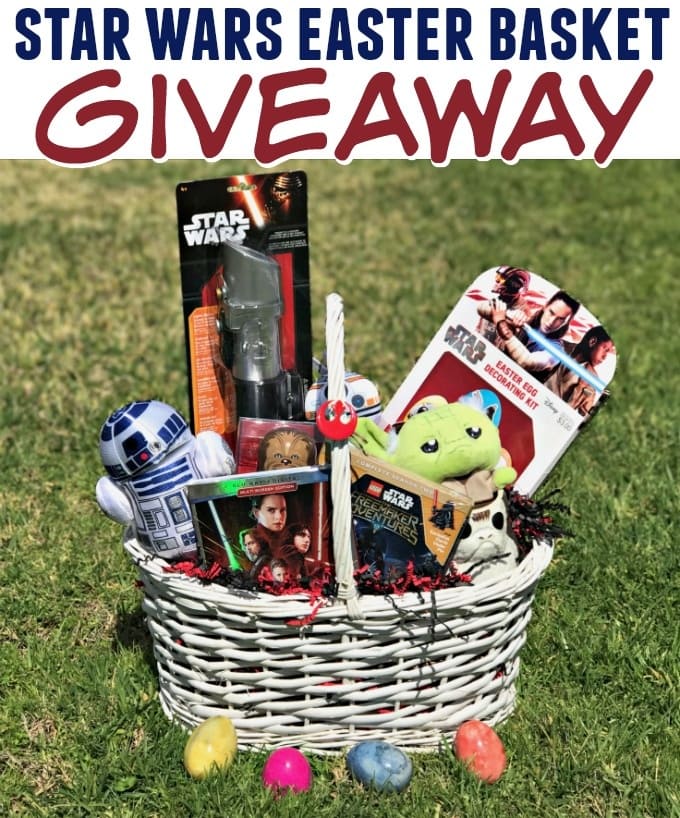 My son hasn't even seen the full Star Wars series, but he'll tell you that he's a HUGE Star Wars fan. It all started about 1.5 years ago when I went to Los Angeles for the Finding Dory World Premiere and got to meet the creators of LEGO Star Wars: The Freemaker Adventures. I told my son all about the series and got to bring him two special LEGO sets of the vehicles from the show. He was enamored!

He devoured the first season on Disney XD and was able to watch it again (and again, and again) thanks to Netflix. I'm super excited to share that  LEGO Star Wars: The Freemaker Adventures Season 2 is now available on DVD, and I know this will be on repeat at our home. The complete Season Two is just one of the awesome prizes that will be in our Star Wars Easter Basket! 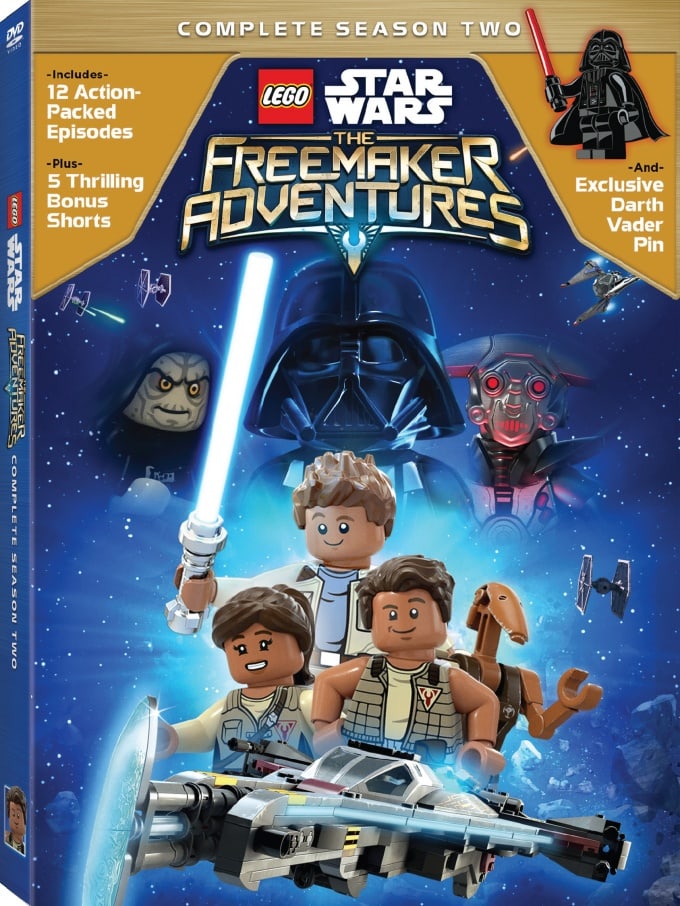 “LEGO Star Wars: The Freemaker Adventures,” the Emmy®-nominated animated television series on Disney XD, is set between Stars Wars: The Empire Strikes Back and Star Wars: Return of the Jedi and stars three siblings who scour the galaxy for useful debris that they use to build new vehicles of their own design. Rowan Freemaker is a spunky Force-sensitive 12-and-a-half-year-old with a thirst for adventure; his quick-witted older sister, Kordi, manages the family business and is the glue that holds the family together; ace pilot and charming rogue, Zander, is the oldest brother and the family’s self-proclaimed starship connoisseur; and R0-GR is their refurbished battle droid from the Clone Wars. When Rowan has visions of an ancient and powerful Jedi starship called The Arrowhead, he and his family set out on an epic quest to rebuild it so they can turn the tide of battle for the Rebellion. Together, they explore new worlds, meet new characters and Star Wars icons, and have unforgettable adventures.

In season two of “LEGO Star Wars: The Freemaker Adventures,” the three Freemaker siblings - Rowan, Kordi and Zander - have found a new home with the Rebel fleet. But working with the Rebels in their fight to bring down the Empire brings them face to face with brutal Imperial forces, desperate Hutts, conniving Sith Lords and the Emperor’s latest plaything, M-OC.

Fans who bring home the second and final season will enjoy all 12 action-packed episodes plus five bonus shorts that follow the Freemakers as they are thrown into battle after they join up with the Rebels – including an adventure that has them embarking on a daring mission to save two of the Rebellion’s finest heroes: Lando Calrissian and Chewbacca. Bonus shorts include:

Want to know what else is in our Star Wars Easter Basket? 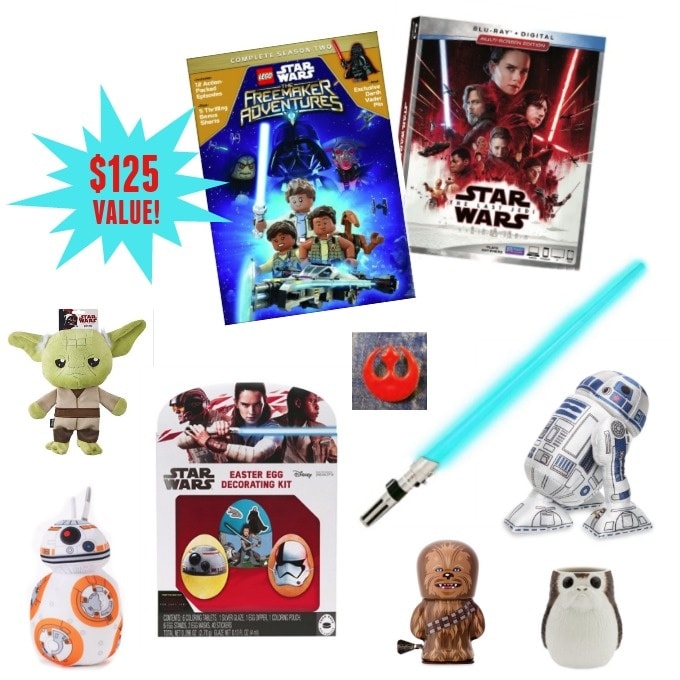 This is a prize package worth over $125! Are you ready to get your name in for this drawing? Just enter using the Giveaway Tools form below. This giveaway is open to the US only and ends on 3/21/18. Good luck!

Disclosure: One winner will be randomly selected using the Giveaway Tools random selector and notified via email. Once notified, the winner will have 48 hours to respond or a new winner will be chosen. This giveaway is in no way associated with Facebook, Twitter, Instagram, Pinterest or Google. Void where prohibited.