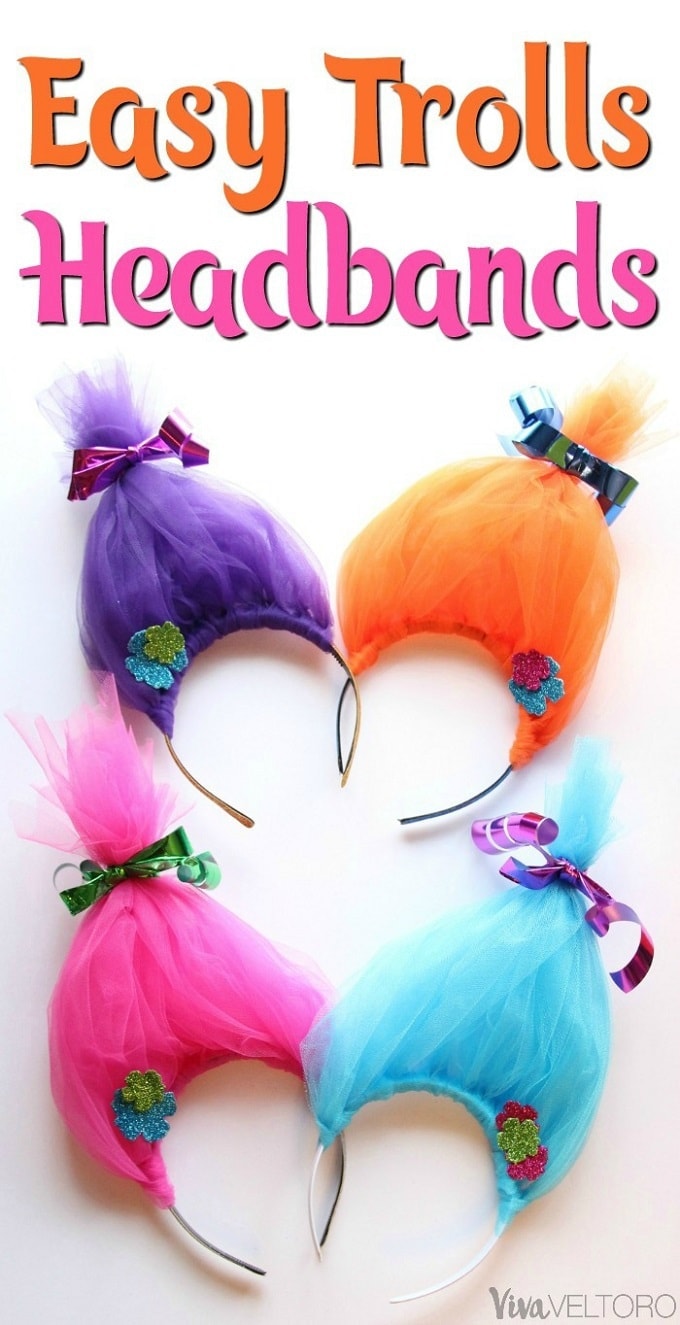 Last weekend we celebrated our little guy's second birthday! I partnered with Oriental Trading to throw him an awesome Trolls  party! No Trolls party would be complete without their signature big hair, so we made headbands out of tulle and ribbon for all the kids. The DIY Troll headbands turned out SO cute and they were fairly simple to make.

I've seen a few Trolls headband tutorials online but since ours were for younger kids (all under age five) I modified the plans a bit for their smaller heads. Here's a list of things you'll need! 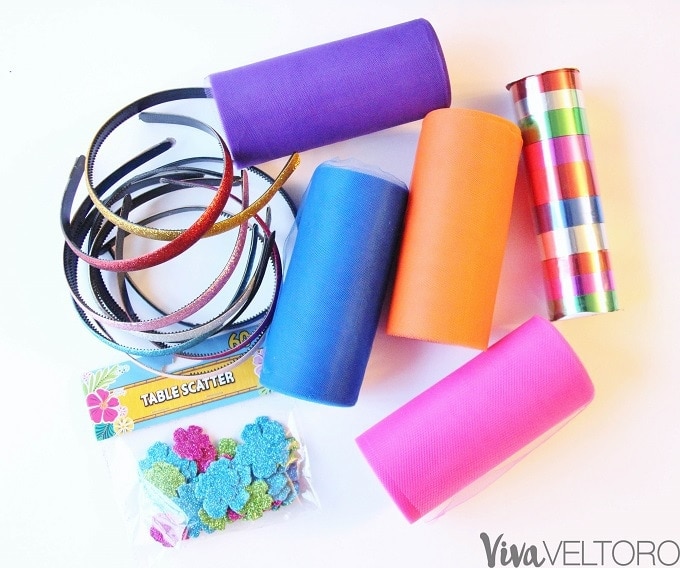 I chose these glittery headbands because Trolls just bring to mind rainbow colors and glitter galore! While they were sort of cheaply made, they worked for little favor headbands so I was happy with them. You'll want the headbands to be at least ½" thick so they can hold up the tulle hair-otherwise it will tip over. 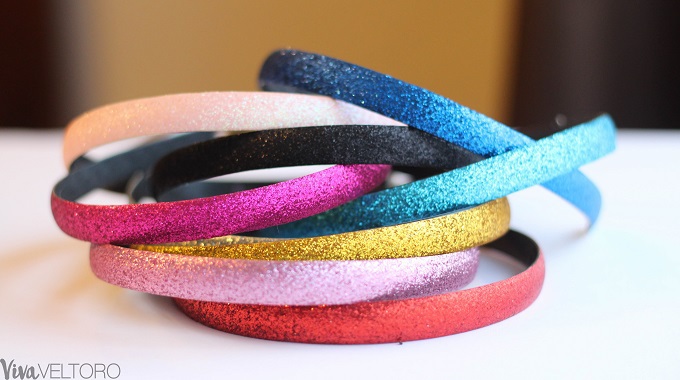 Cut your tulle into 22" strips-I used twelve strips for each headband. Most tutorials I've seen recommend 24" but that was too long for our kids' small heads. We went with 22" and that seemed to work better. 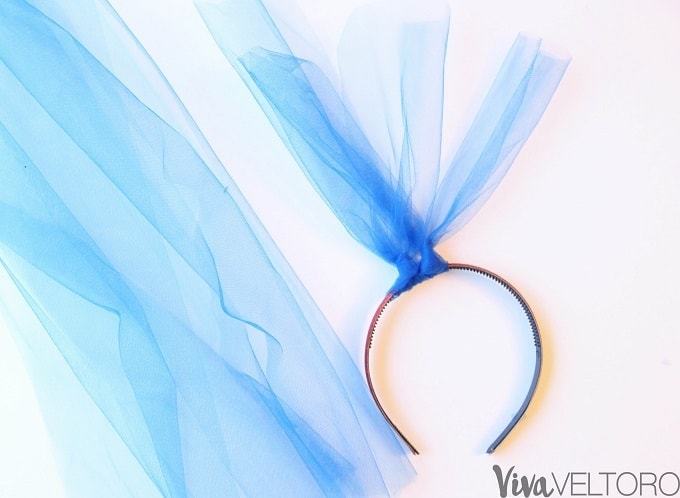 To attach the tulle to the headbands, simply fold a strip of tulle in half. Put the folded end behind the headband. 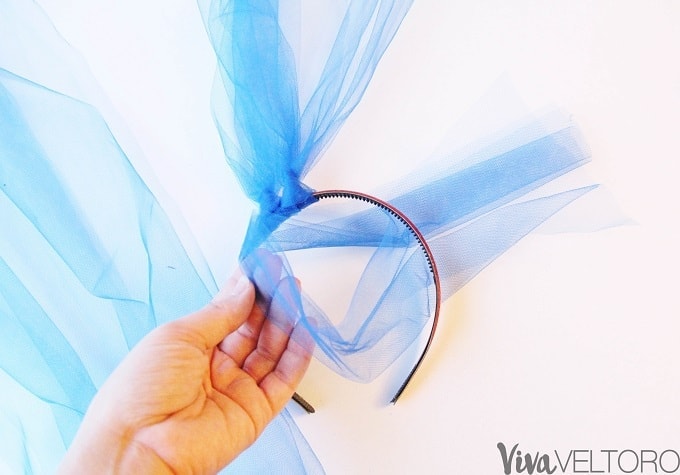 Then, fold the loose ends through the tulle loop, and pull it tight. Super simple! 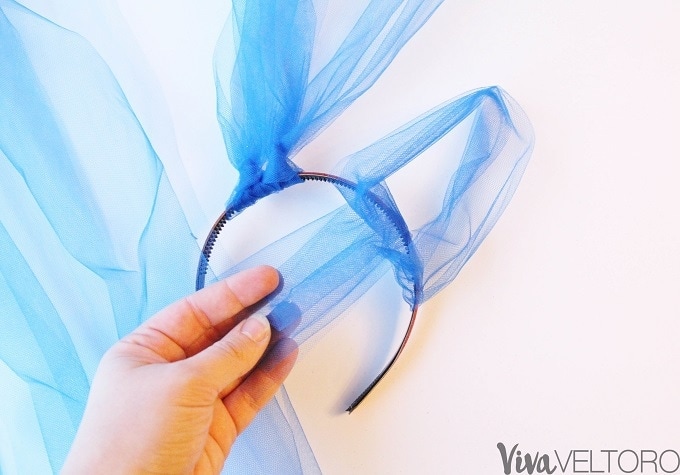 Once you have all of the loops on the headband, you can shift them around to even them out. The tighter you pull, the more secure they stay in place. I actually liked these headbands with the little teeth because they kept the tulle from shifting around too much. 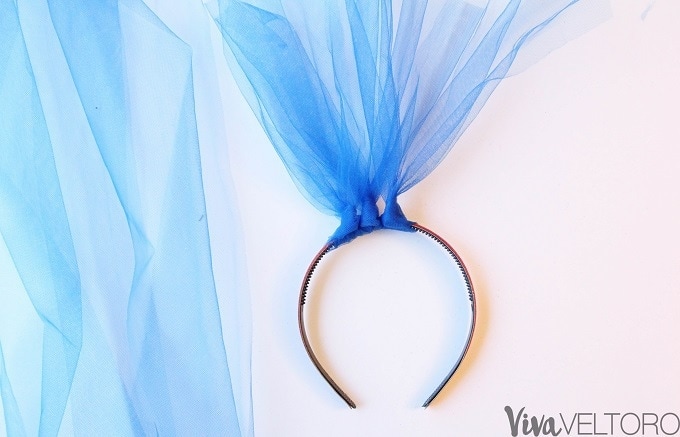 Once you've got all twelve tulle loops on the headband, smooth out the tulle to prepare it for the ribbon. 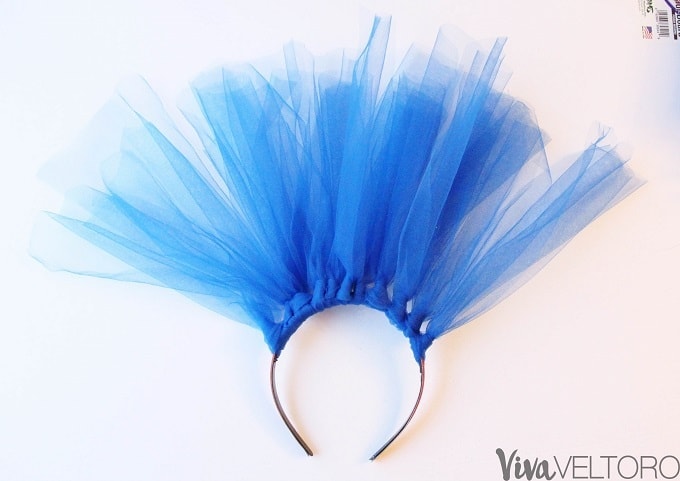 I used tiny rubber ponytails to tie up my DIY troll headbands, but small rubber bands would work just fine if you don't want to waste ponytails. 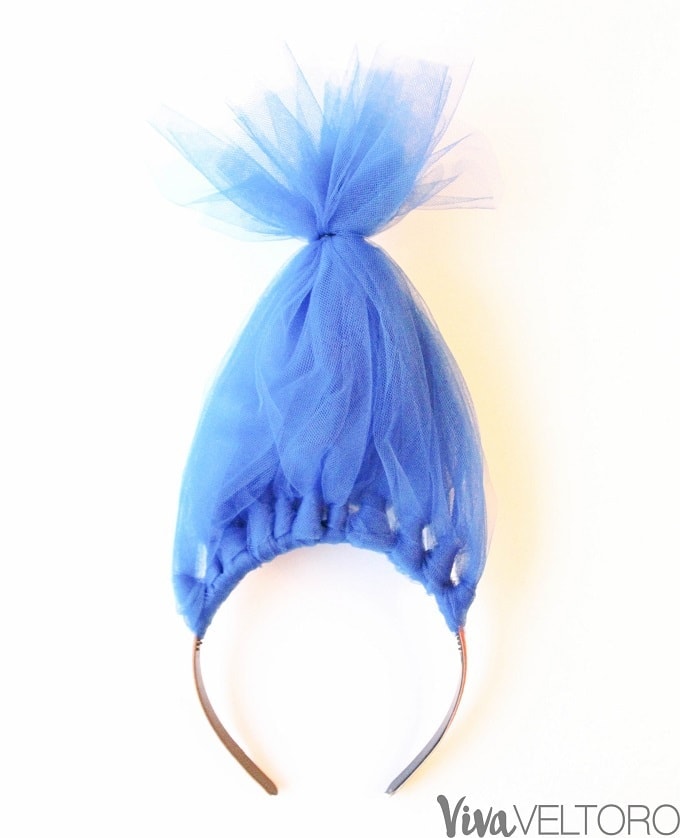 Then, add your embellishments! I just tied a ribbon around the ponytail and glued on a couple glittery flowers to each headband. I think they turned out cute, and they were a huge hit with the kids! 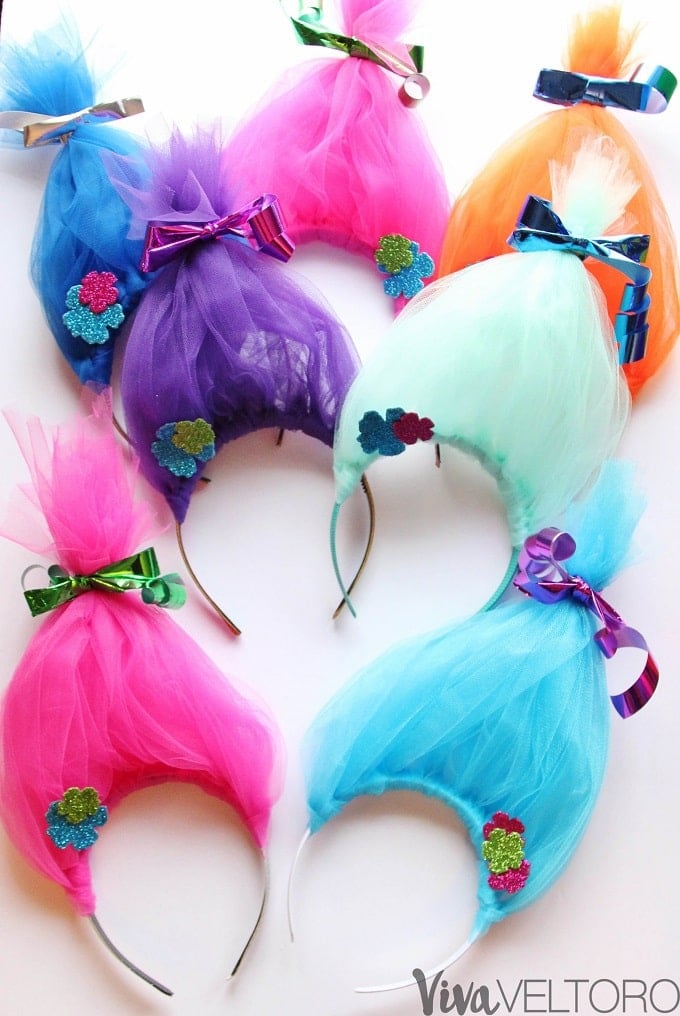 Each of the kids got to take home their troll headband along with a few other fun favors. Have you ever tried to take a picture of eight kids under the age of five while they're wearing big trolls headbands? Talk about chaos 😉 It was so much fun, though! 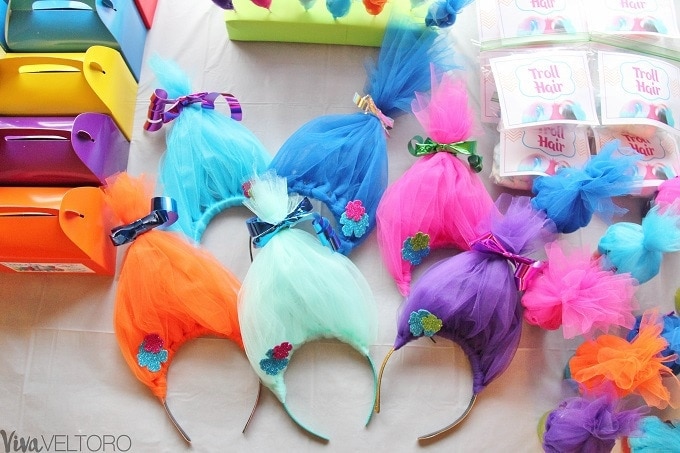 Pick up your tulle and other party supplies from Oriental Trading to get started on this fun project!

Will you try making DIY Troll headbands?
If you do, I'd love to see a picture!

Check out our other Trolls post for more inspiration:

Disclosure: I received the tulle in this post from Oriental Trading at no cost to facilitate a post about DIY Troll headbands and an honest review. As always, all opinions are my own.