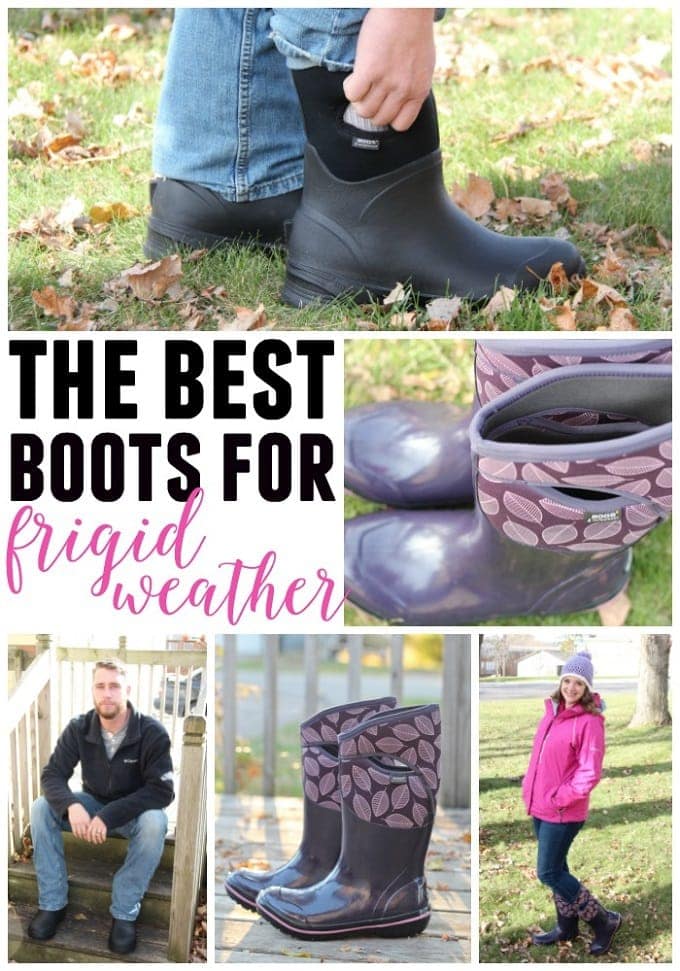 It's no secret that parents spend more on their kids than they do on themselves, and footwear is one area I've found this to be especially true for me. This year, I decided to prioritize our winter footwear needs with Bogs boots for women and men! I've partnered with Bogs to share why they're the perfect option for cold, wet winters. Plus, I may even have a giveaway for you!

So by now all of you know that I live in Minnesota, which has arguably some of the coldest, snowiest winters in the country. (Why do I live here? The verdict is still out on that.) It's going to sound crazy when I say this, but I haven't had a new pair of winter boots since I was a freshman in high school. Nope, not college-that's right, high school. It just hit me that it's been almost half of my life that I've been wearing the same boots in the winter-yikes!

I've always loved the look of Bogs boots, but it wasn't until I started researching boots for frigid weather that I realized how perfect they would be for Minnesota winters. I was so excited when Bogs agreed to outfit both my husband and myself with brand new boots! 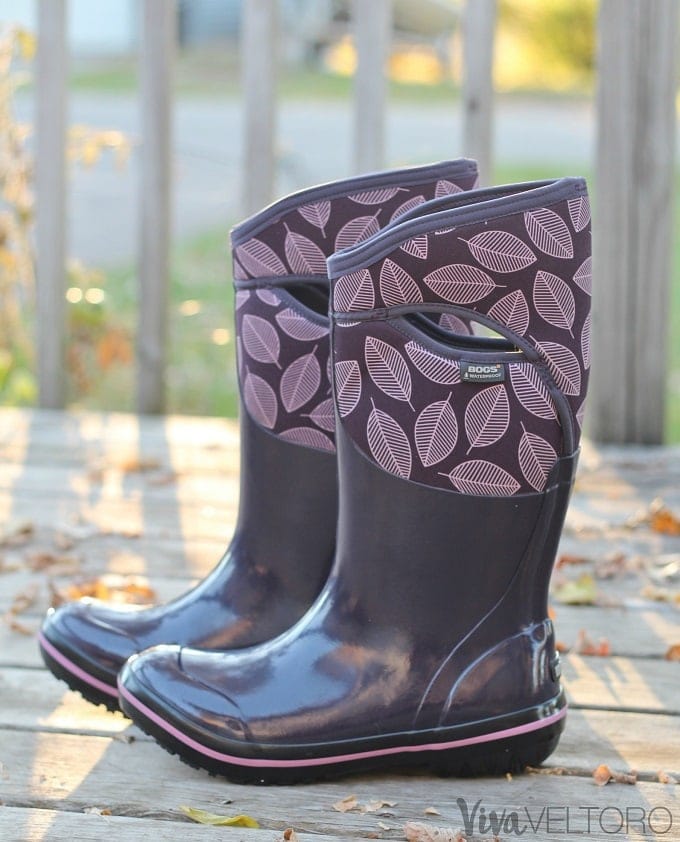 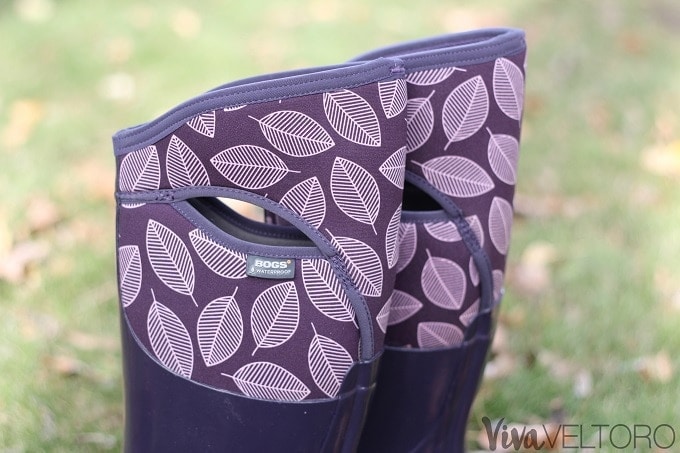 I like the pull-on handles that come standard in most Bogs boots. Also, the tops are nice and flexible which is great for me since I'm always bending down with the kids. 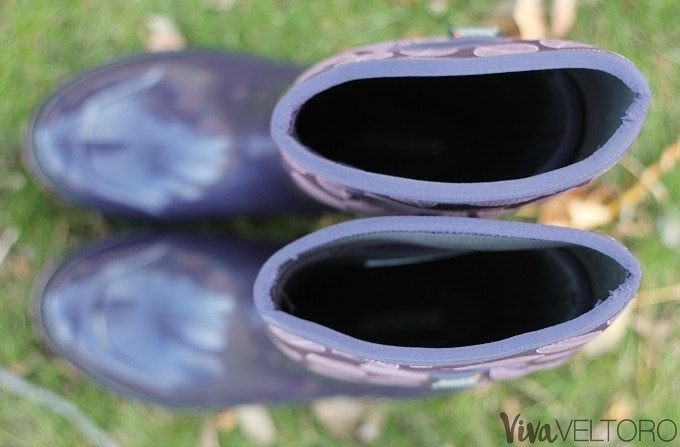 Bogs Footwear boasts boots for cool, cold, and frigid temps, and you'd better believe I picked a pair from the frigid section! While I try to avoid going outside when it's below zero, sometimes with activities we have to brave the outdoors. On these occasions, I'll be so thankful that my Bogs boots are rated down to -40° F! Plus, they're 100% waterproof so when I'm slogging through slushy parking lots I won't get my feet soaked. 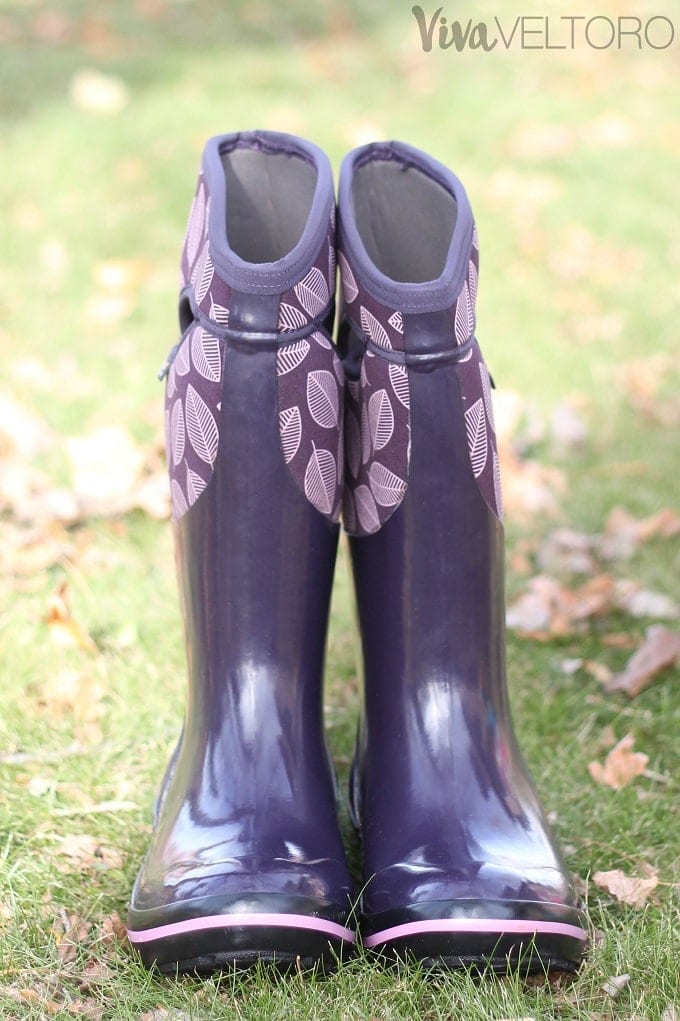 The Plimsoll Leafy Tall boots contain 7mm of Neo-Tech waterproof insulation, which provides comfort and has four-way stretch to cushion your foot perfectly. Plus, with DuraFresh bio-technology and Bogs Max-Wick, your boots will not get smelly, even if your feet sweat. 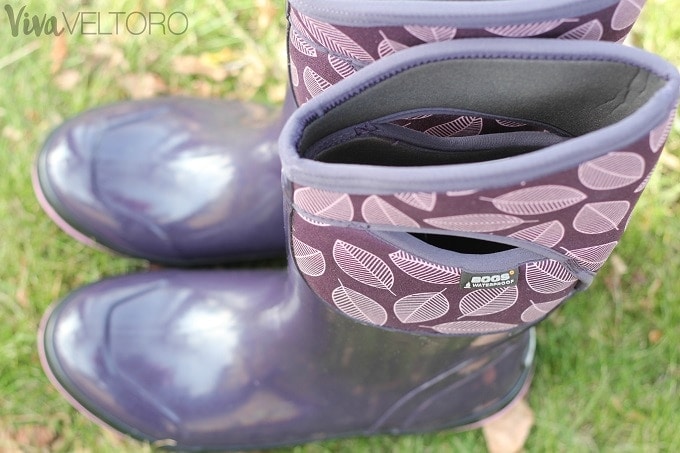 One of the thing that drew me to Bogs originally was their non-marking and self-cleaning outsole. I have found other boots difficult to keep clean, especially when we're exposed to the salt they use to keep parking lots from getting icy. My pants and boots always end up with a white line on them, but I don't worry about that with Bogs! Plus, if they get muddy when we have warmer snow days, they'll clean right up!

I think the Plimsoll Leafy Tall boots are very comfortable, and cute to boot (see what I did there?)! I'll have no problem wearing these every day when we get more snow. In fact, we're supposed to get about six inches over the next few days so I bet I'll be breaking them out sooner than I expected! 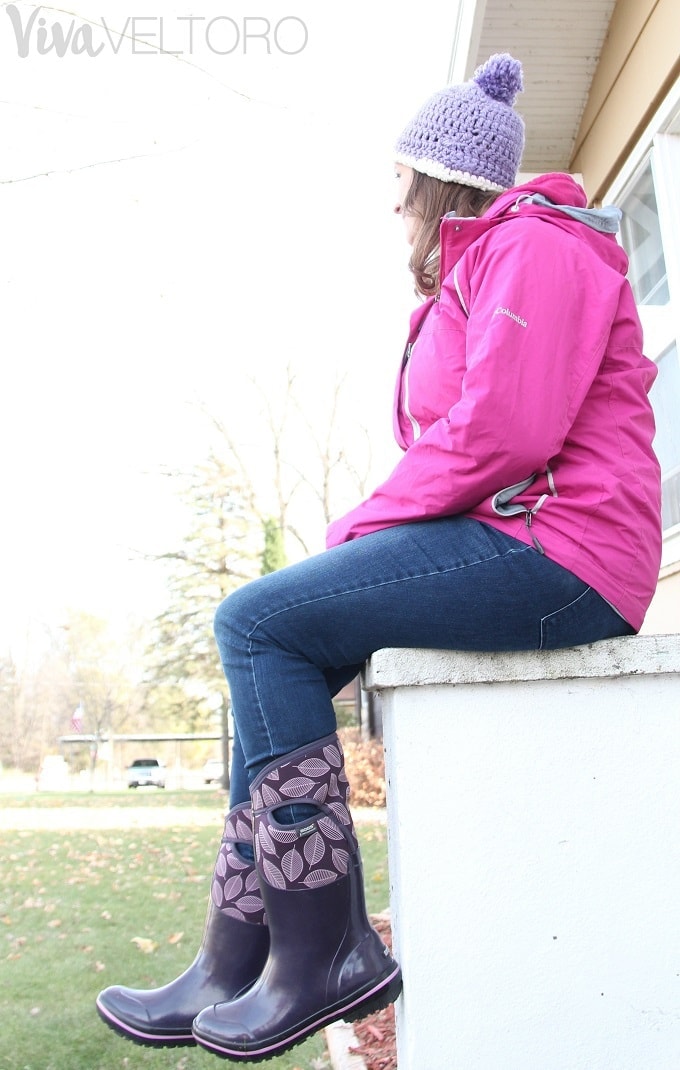 My husband is a commercial electrician which means in winter he is often working in an unfinished building without heat. He's subject to frigid temps at work, and he's had real trouble keeping his feet warm in the past. He's tried heat packs but those don't last long with sub-zero temperatures. I honestly don't know how he works in the cold like that, but he doesn't complain! I knew that he would be glad to try a pair of Bogs boots to see if they'll help his feet stay warmer this winter. 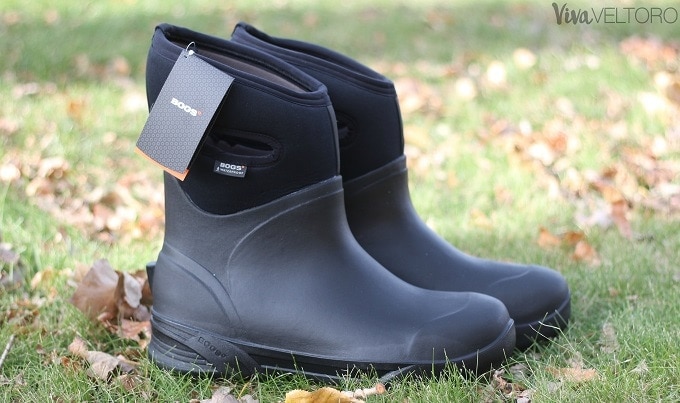 My husband picked out the Bozeman Mid Insulated Winter Boots, which were suggested to us specifically for frigid temperatures. There is also a tall version of this boot, but my husband has large calves and we weren't sure they would fit. 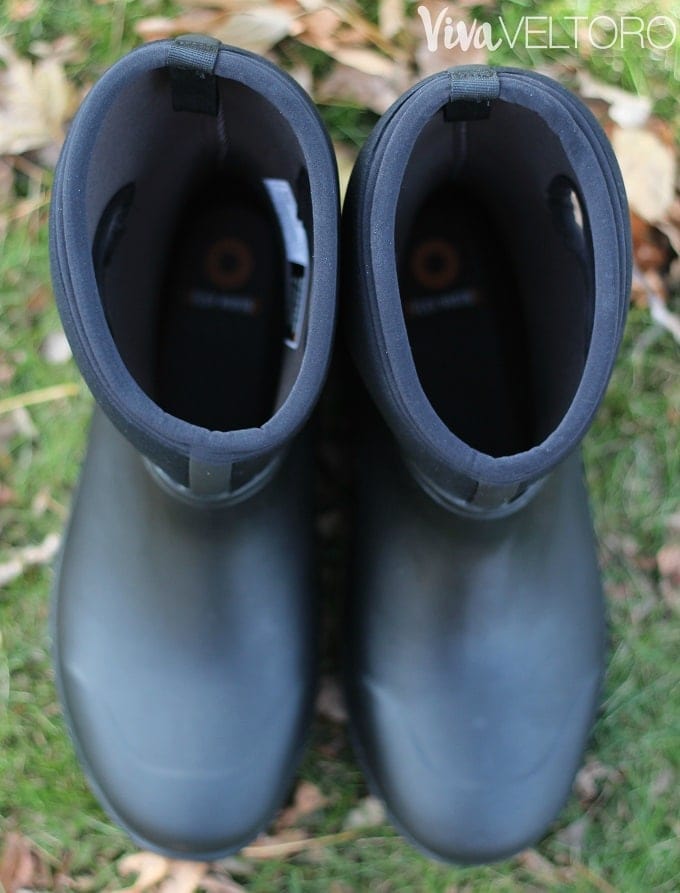 Bogs Bozeman boots were rated #1 winter boots by Outside, and there are a few clear reasons why. First, they're rated to -72° F! While I hope my husband never has to endure temperatures like that, I appreciate knowing that his feet won't freeze when he's working in the cold all day. They have 7mm Neo-Tech waterproof insulation and are lined with EverDry and MaxWick to evaporate sweat. 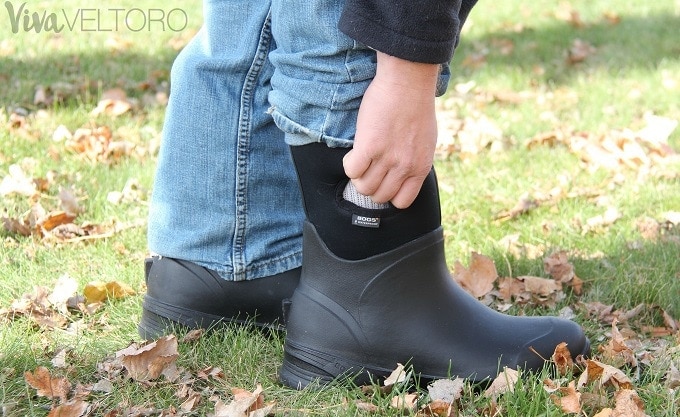 My husband likes the handles for pulling his boots up. I really think this is a feature that makes Bogs stand out from other boots. Plus, the Bozeman style are 30% lighter than comparable boots so he can wear them for a full day's work. 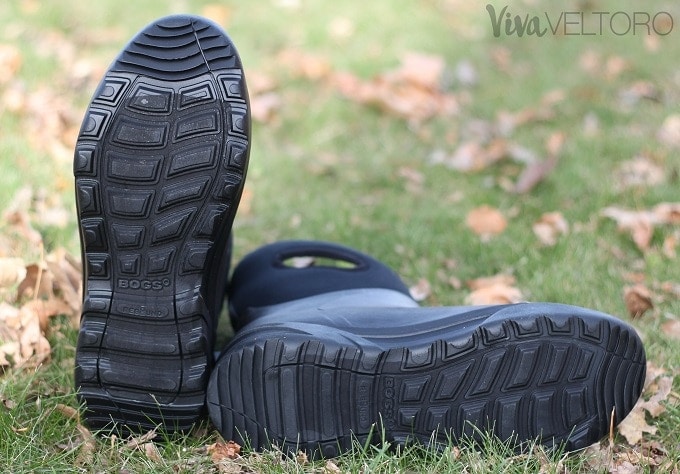 Even after a long ten hour day, my husband says they stay comfortable and don't hurt his feet at all. This may seem like a given, but the boots he had before these Bogs would dig into his feet and he'd complain of back pain all the time. These Bozeman boots have Rebound technology and stabilizer to provide support and a natural fit for long-term use. 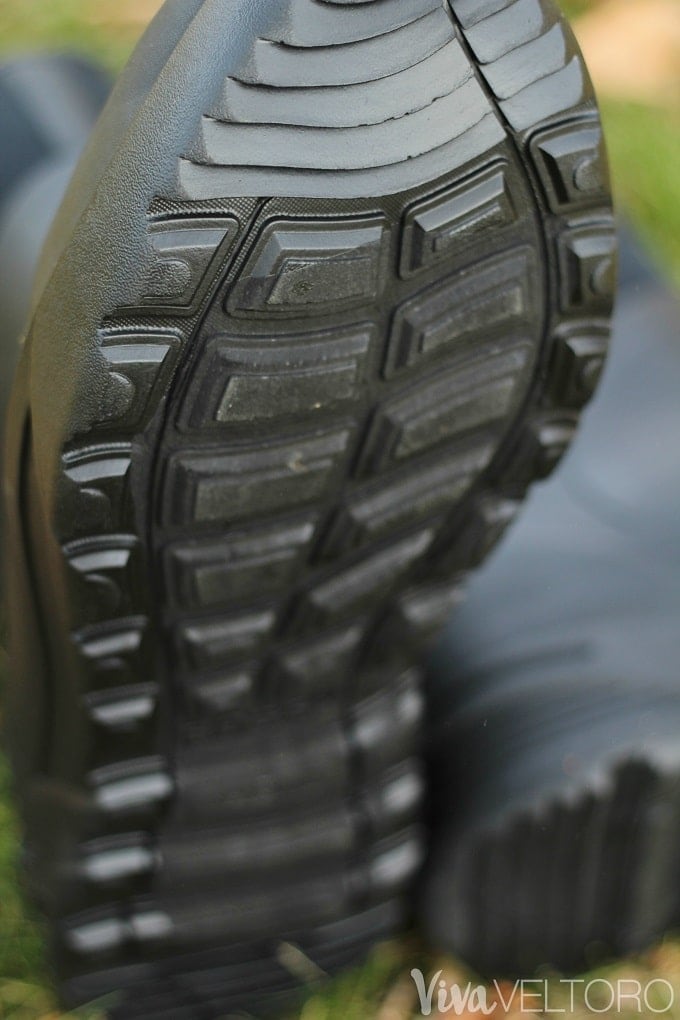 These boots have a BioGrip chemical and slip resistant outsole, which is great for outdoor use in winter. They're optimized for comfort with some of Bogs best technologies, including EVA, Ortholite, and DuraFresh. My husband also goes deer hunting and will be putting these boots to the test again this upcoming weekend. He loves them for work where he moves around all day, so it will be interesting to see how they do when he's sitting still for hours. 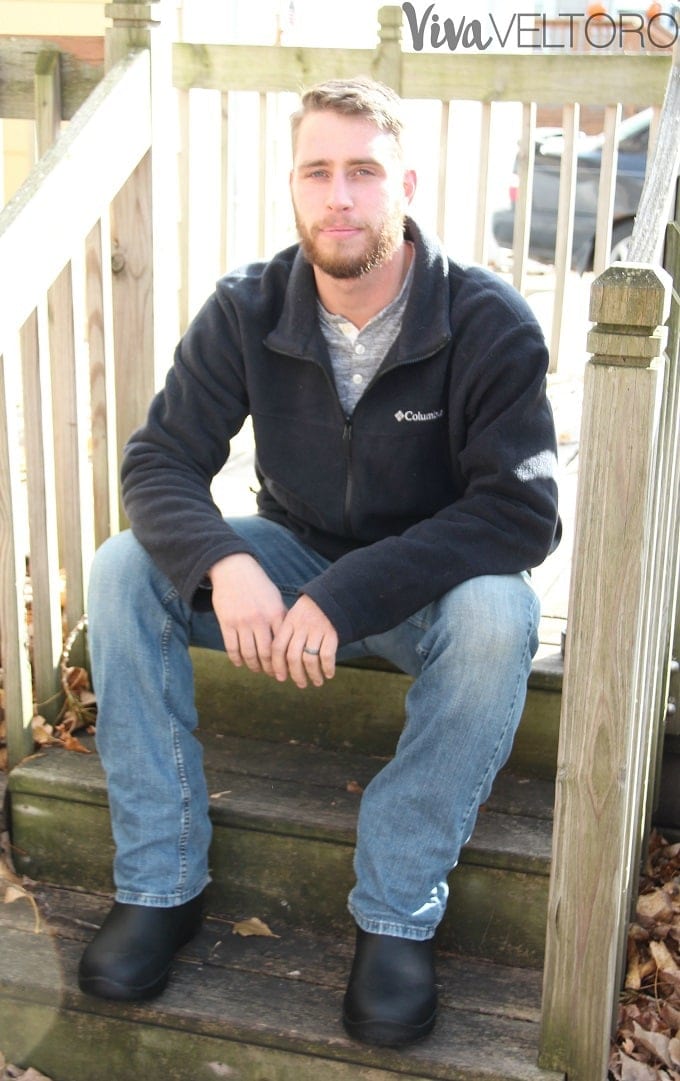 Overall we are both very impressed with our new Bogs boots. They keep our feet incredibly warm and dry despite cold temps and water exposure. Plus, they're comfortable! Now that our kids are old enough to play outside in winter and actually enjoy it, we'll be sledding and spending more time outdoors I'm sure. I have to admit, even I'm looking forward to playing in the snow because I know my feet will stay dry and toasty in my new Bogs boots! 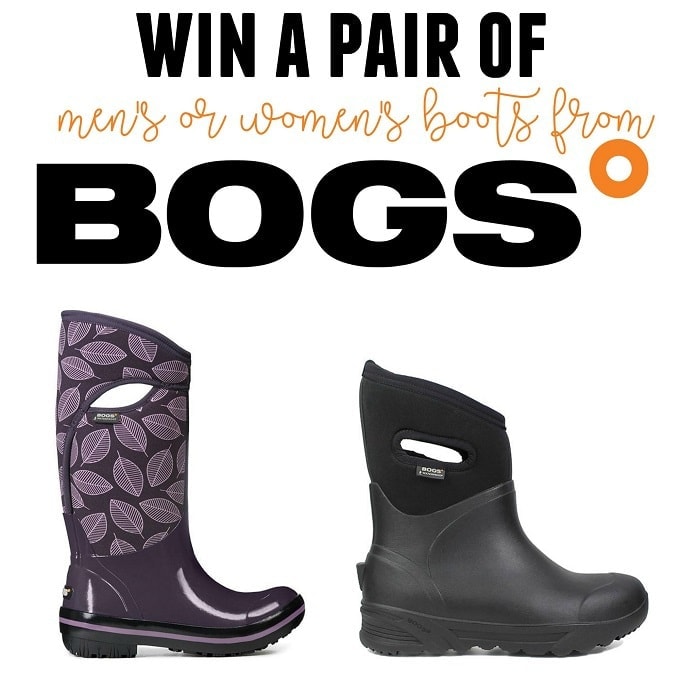 Entry-Form
If you need Bogs boots for your kids, check this out: 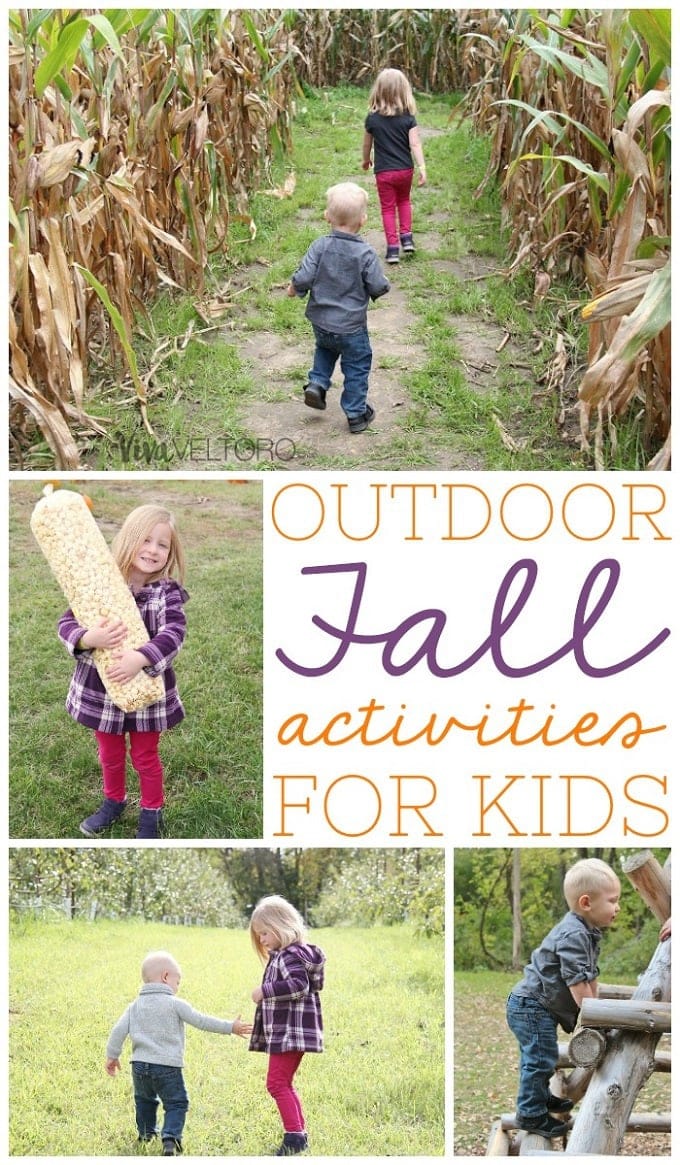 Bogs Boots for Kids
Disclosure: I received these Bogs boots at no cost to facilitate an honest review. As always, all opinions are my own. One winner will be randomly selected using the Giveaway Tools random selector and notified via email. Once notified, the winner will have 48 hours to respond or a new winner will be chosen. This giveaway is in no way associated with Facebook, Twitter, Instagram, Pinterest or Google. Void where prohibited.
Pin43
Share13
Tweet1
Reddit
Yum
57 Shares
« Win a Step2 McLaren 570S Push Sports Car!
Santa Ornament (+ free printable!) with No Yolks Noodles »