At the D23 Expo in 2017, a clip from the new Wreck-It Ralph movie, "Ralph Breaks The Internet," was unveiled. It was nothing like I would have expected, but it brought the house down. As I'd learn later from co-writer Pamela Ribon, this was the first time that Disney was cheekily poking fun at itself and they weren't exactly sure how the scene would be received by fans. If you've seen Ralph Breaks The Internet, you know that the scene was everything. I feel like it really came full circle for me when I attended the Ralph Breaks The Internet premiere and got to Disney bound as my favorite princess, Belle. 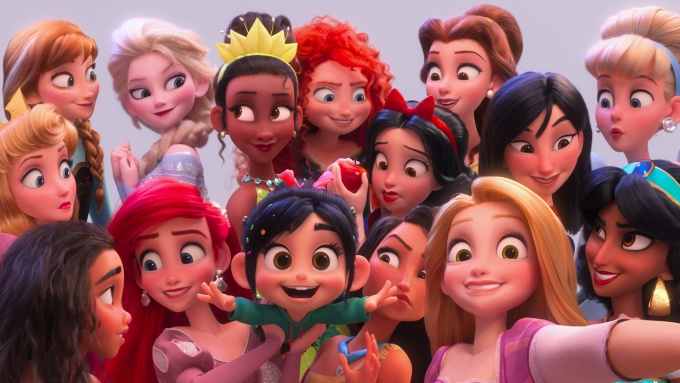 SELFIE!  In Ralph Breaks the Internet, Vanellope von Schweetz hits the internet where she encounters and then befriends the Disney princesses. ©2018 Disney

What I really wanted to know was how that scene came about. I'd already discussed it with Ribon, the mastermind behind the idea. But, I wanted to know more about the technical side and the logistics. How did they bring 80 years of Disney princesses together and ensure that each one was cohesive enough to match the style of the Ralph Breaks The Internet, yet keep the true aesthetics of each character? Enter Mark Henn. 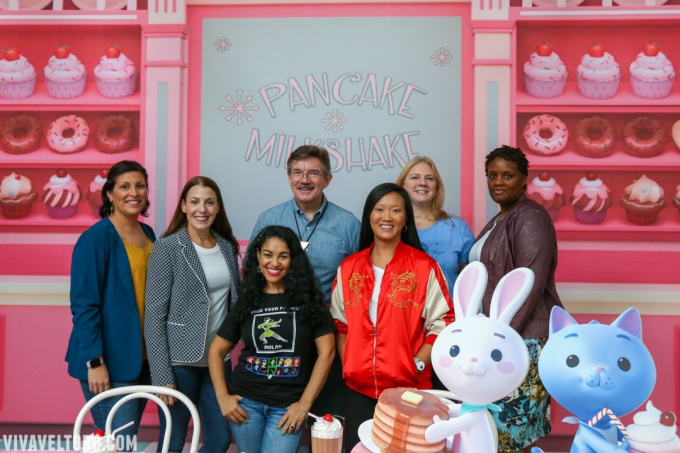 As I mentioned in my previous post about Mark Henn and The Little Mermaid, Henn has been with Disney since 1980 and is an invaluable tool, encompassing knowledge from the first generation of Dinsey animators and knowing how to translate that for today's CGI artists. Henn was tapped as the Lead 2D Animator for Ralph Breaks The Internet. He told us exactly what that meant:

It was really a 2-headed responsibility. I did do some hand-drawn animation for the film. You've got to look for it, but it's there in the Oh My Disney sequence. There's an Easter Egg in there that I actually hand-animated. But, the other roll that I do, and the bigger role actually, is that when I work with the animation supervisions in working with the CGI animators to make sure the animation is up to Disney standards. I'm taking what I've learned from the previous generation, that were Walt's original animators. What they poured into me, I'm trying to pass on to this next generation of animators.

To learn more about the art of hand-drawn animation, we got to sit down with Henn and sketch. Talk about an experience! He walked us through sketching Vanelope and it was awesome. 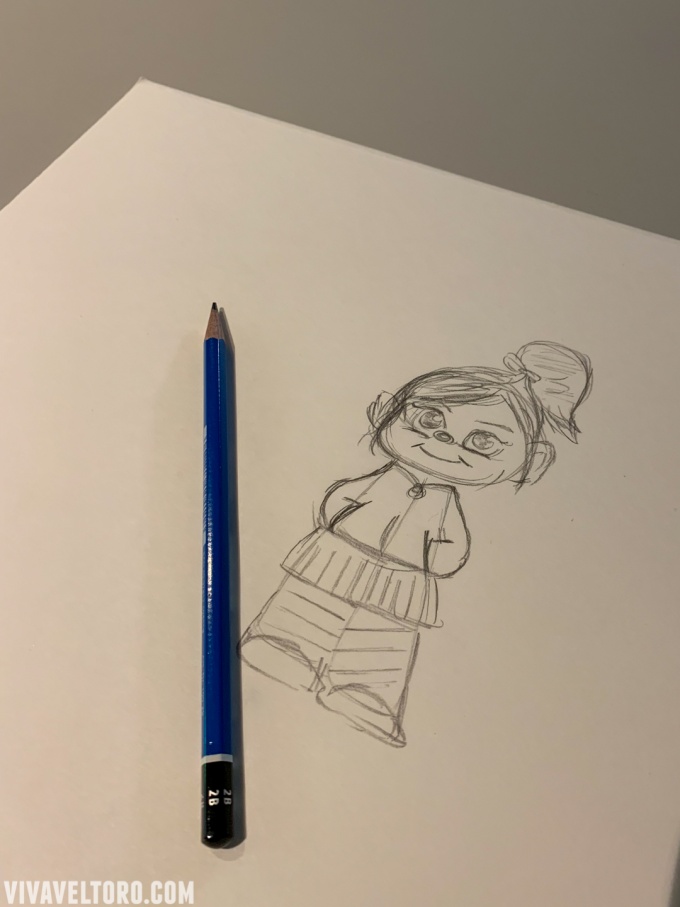 My version of Vanellope.

While Henn walked us through drawing Vanellope, he told us a little bit more about the process of working on Ralph Breaks The Internet. Henn was actually the first person to animate the epic Disney Princess scene for trials because he can animate those tests a lot quicker than it takes to rig up the CGI animation for those characters. He did a test of Ariel, Snow White, Yes, and a few other characters of the film to stimulate the conversation about that sequence and so that writers and producers could see what worked and what didn't.

Did you love the Disney Princess scene? I thought it was absolutely hilarious. I especially liked the scene where the princesses hung out in their comfy clothes. Their outfits were adorable! 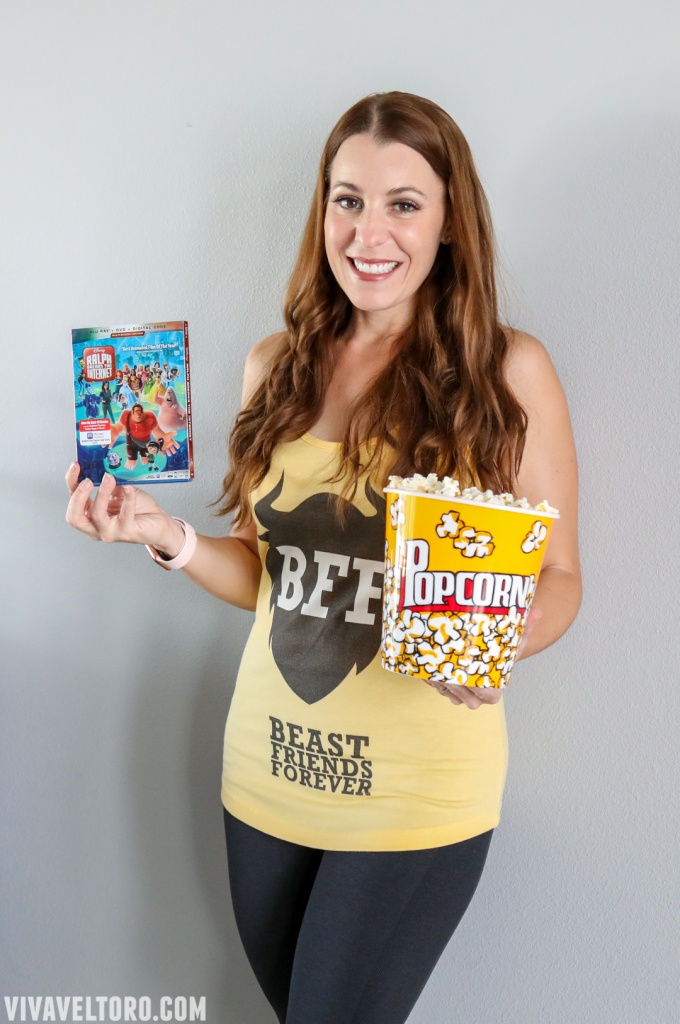 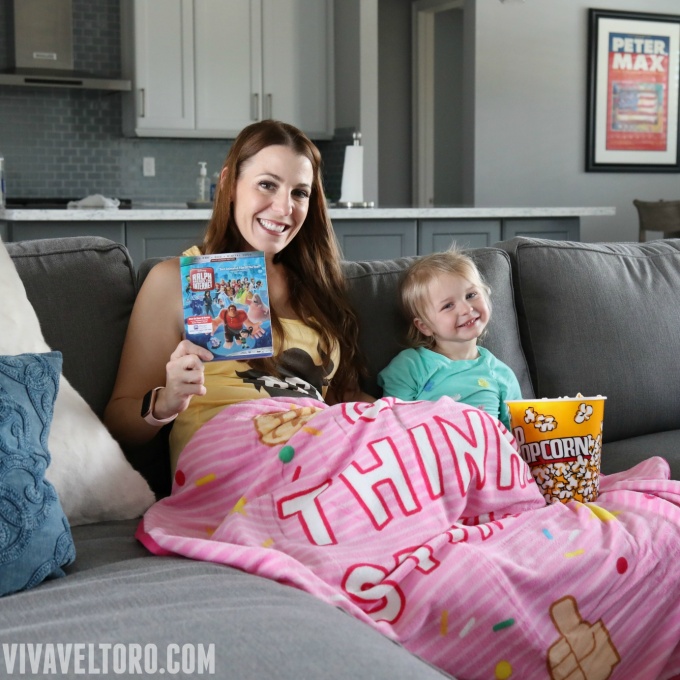 Yup, you heard that right. Disney’s Ralph Breaks the Internet is now available on Digital 4K Ultra HD™ and Movies Anywhere! So, grab your comfy clothes and your popcorn and start streaming. You can purchase it on 4K Ultra HD and Blu-ray™ starting February 26th. 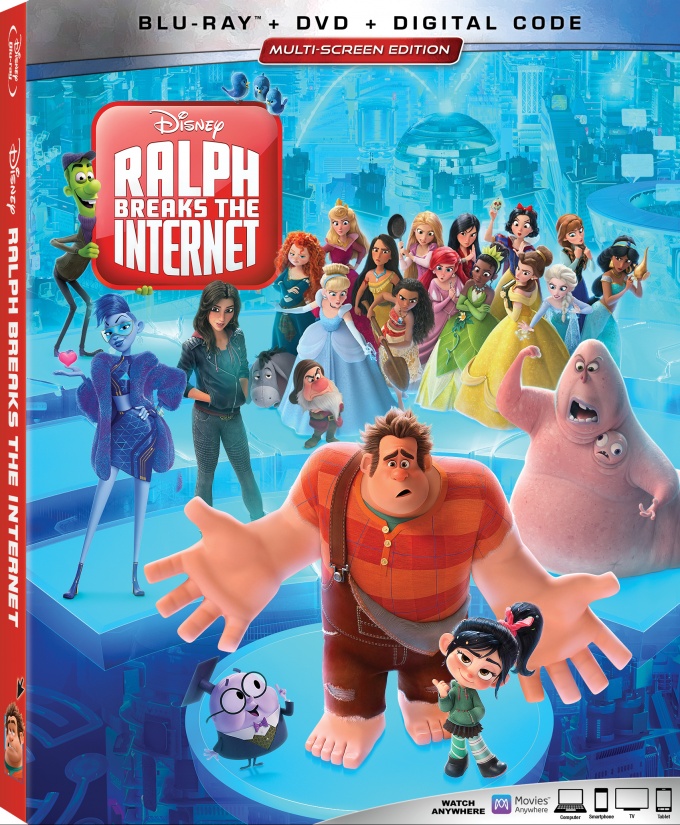 Special thanks to Walt Disney Studios for this experience and this Blu-ray combo pack!