While in Los Angeles for the Ralph Breaks The Internet Premiere, I had a super secret meeting that I can finally tell you about. I got to sit down with Mark Henn, a legendary Disney animator. Although animation and technology have certainly evolved over the past few decades, one thing remains the same, Mr. Henn seems to be an invaluable resource to Disney. 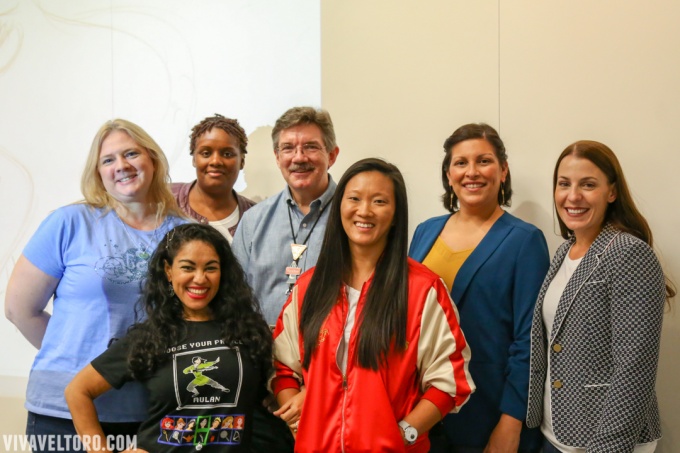 You might be wondering why I got to meet Mark Henn, one of the most famous Disney animators who specializes in hand-drawn animation, while I was on a press trip for the heavily CGI-animated Ralph Breaks The Internet. Well, it was really two-fold. Henn was the 2D animation supervisor for Ralph Breaks The Internet, so we got to chat about his experience on that movie ( check out my full Ralph Breaks The Internet review too). But, we were also let in on a little secret at the time. In honor of its 30th anniversary, two-time Academy Award®-winner “The Little Mermaid,” was going to be released from the vault in the Walt Disney Signature Collection with all-new bonus features and a sing-along mode. Mark Henn was the directing animator and supervising animator of "Ariel" from The Little Mermaid and is responsible for many of our beloved Disney princesses like Jasmine, Belle, Tiana, and various other characters we've come to know and love.

Actually, this wasn't the first time I had the chance to hear from Mark Henn. While attending the D23 Expo in 2017, I got to sit in on a panel to celebrate The Lion King. Henn was responsible for animating Simba in The Lion King and the story of how that movie unfolded and the response from fans was quite interesting. It's always so fascinating to hear the behind-the-scenes stories about the movies we think we know so well. The Little Mermaid was the first movie I saw in the movie theater. I watched The Lion King dozens of times. Beauty and the Beast is my all-time favorite Disney movie. Mark Henn is responsible for some of my greatest childhood memories. 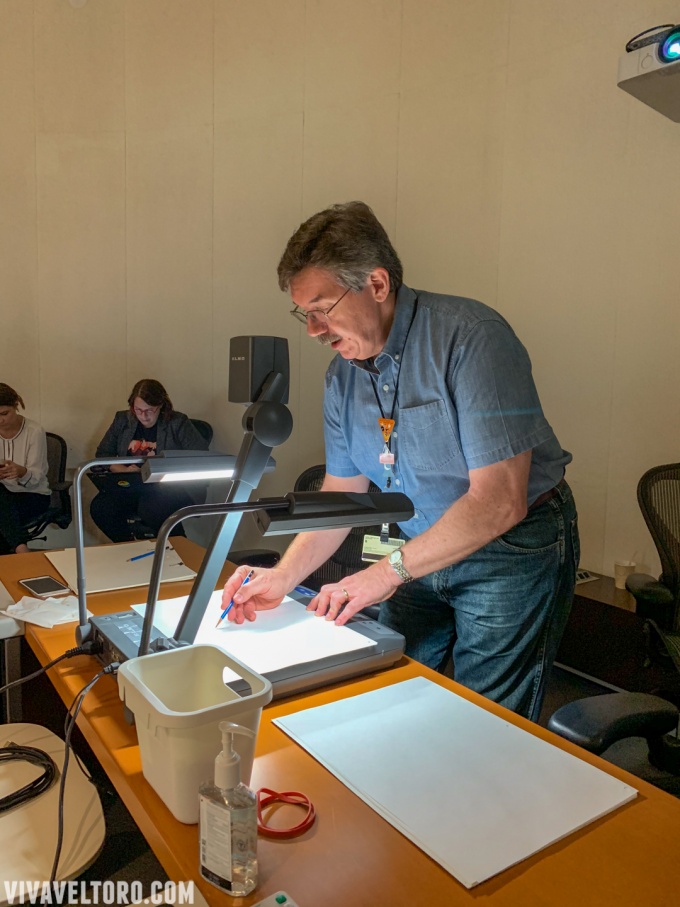 You can imagine how I excited I was when I heard that Mark Henn was going to animate Ariel right in front of our eyes while chatting with us about his history with Disney. Henn has been working for Disney for 38 years and I couldn't wait to hear about how he got his start and what he thinks about today's animation techniques. 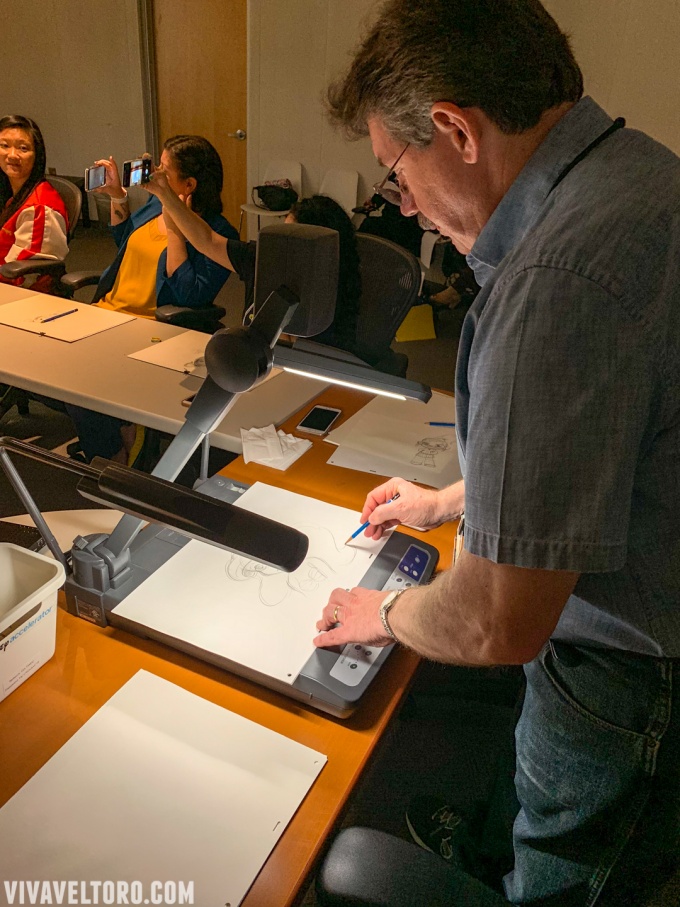 How Mark Henn got his start with Disney

We asked Henn how we got his start and he told us that his mom takes credit for putting a pen and paper in his hand at church to keep me quiet. He also noted that while his parents didn't wildly encourage him to embark on a career as an artist, they never discouraged him. He said, "They didn't put me in drawing or art classes or anything like that. I followed a fairly normal academic life. It wasn't until I got to college that I got more serious about it. It was a boyhood dream of mine, since I was about 10 years old, to work for Disney. But aside from that, I didn't have anything extra special. I just drew all the time." 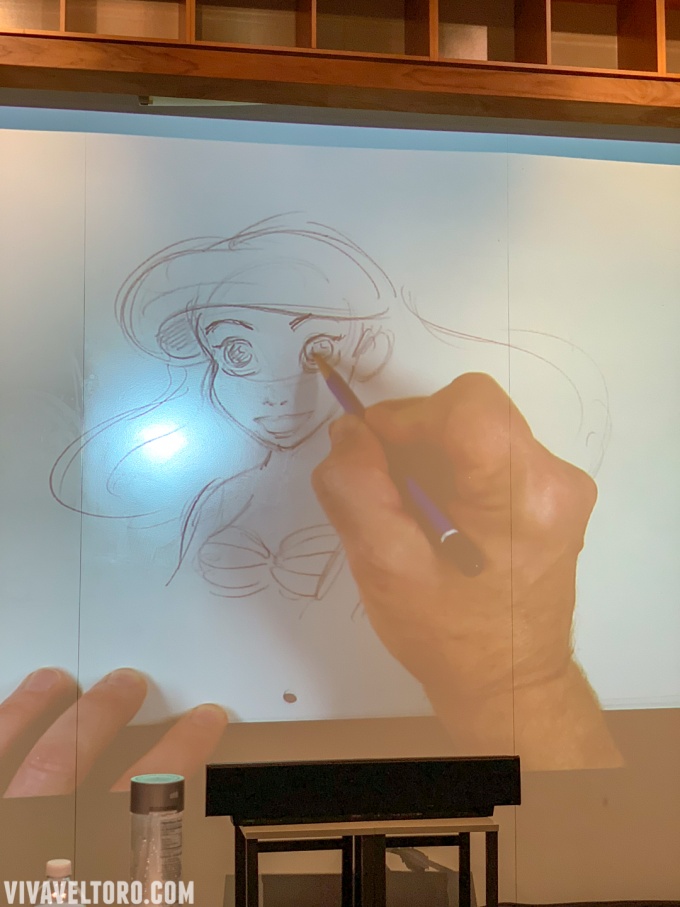 I also wanted to hear about how he got to fulfill his childhood dream of animating for Disney. Mark Henn told us about the path he took to get to the studio and I just can't imagine how different it would all be today, just 4 decades later. He described his path to Disney like this:

I went to Bowling Green State University for a year. I took my art classes and put together a portfolio and sent it to the [Disney] studio. I thought maybe I could get in. Well, they didn't accept me but they didn't reject me. They said I showed some potential and said, 'Here's what you need to do. Go do it.' So, between my first year and second year, I had major back surgery for scoliosis... I was going to transfer to Ohio State since it had an animation program. I couldn't go because I couldn't really work and I was convalescing at home. My dad worked at the junior college back home and I could basically go there for free. So he said, 'Why don't you go here and I'll introduce you to the art teacher.' So, I went to Sinclair for a year and took as many art classes I could. I sent a second portfolio and [Disney studios] said, "Stay in school. You aren't there yet." I was bound and determined. I sent a third portfolio after the next semester. I thought I'd improved and it was better and would be what they're looking for.. and nope. The guy who was in charge at the time was named Don Duckwall, who I'd never met. He sent a nice rejection letter back and he wrote a sentence that was burned into my memory saying that it wasn't that I wasn't a good artist but they just didn't think I had what it took to travel the narrow roads that their animators travel. I realized I need to get a better art education. I opened the back of an art magazine and the Rocky Mountain School of Art in Denver was listed there. It specialized in figure drawing. I took that same portfolio that I'd sent to Disney and sent it to that school in Denver. I had another catalog in my drawer and there was an ad for Cal Arts, which was near the Disney Studios. I was accepted to Denver first and then waited for Cal Arts. When I got the letter from Cal Arts I didn't get past the first word, which was "Congratulations."I got hired by the studio during my second year there and have been working with Disney ever since.

I love the fact that he persevered and put in the hard work it took to get where he wanted to go. I also wondered what he thought how animation has evolved from most hand-drawn animation to mostly computer-generated imagery. Henn sighed and said "Well, life changes. There are clearly advantages and things you can do with a computer that would be extremely difficult or tedious for a person to do with hand-drawn animation. But, there some aesthetics that you get in hand-drawn animation that you don't get in computer animation."

Henn added, "I often thought that if this technology had come around when Walt was alive, I definitely think he would have embraced it. I've often thought that he would have figured out a way to take that technology and marry it with his artists so it was as artist-friendly as possible. I don't find it as artist-friendly as I would like it to be. What's really neat about the CG is for those animators that can't draw and didn't have that artistic background. But, they love animation and what Disney does. The passion is the same. And, that is what I'm hopefully trying to build on and help them develop that artistic eye. Computer animation can be very deceptive. It gets you to look at something and you think, 'Yeah, that looks pretty good,' very quickly and very easily. You have to go that little extra mile and really look at it and analyze it and say, 'Well this pose could be a little stronger is you did this.' It's about developing that artistic eye and world view about how they look at things." 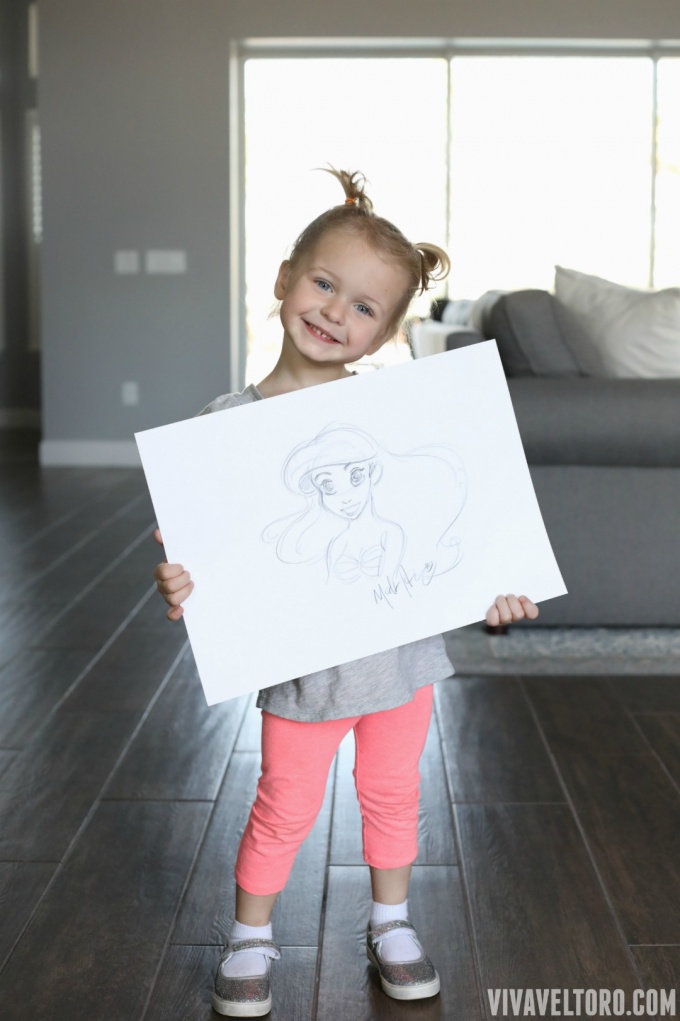 This little princess is very happy with her Ariel sketch from Mark Henn! 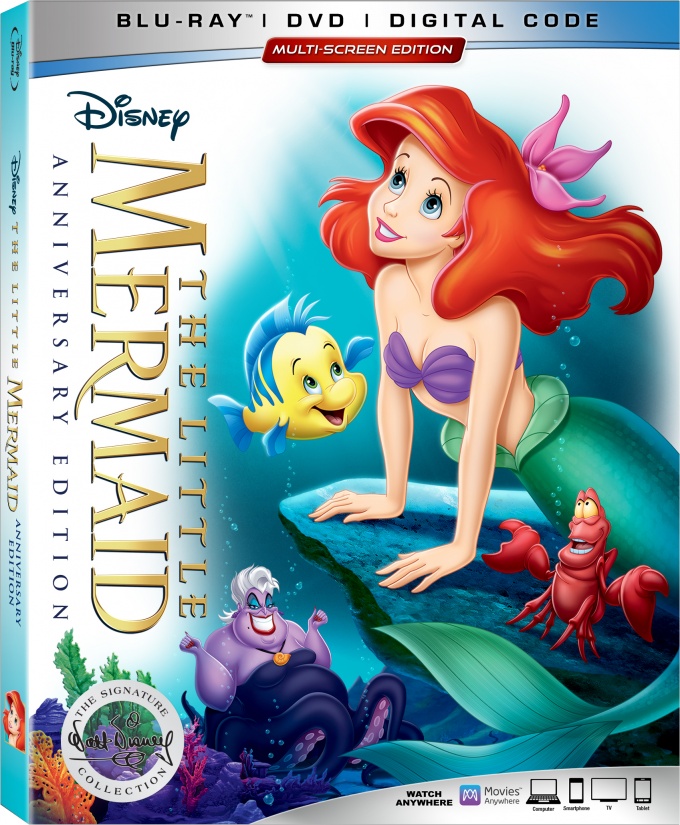 Special thanks to Walt Disney Studios for inviting me on this press trip!