Home » How to Make a Paper Mache Volcano

We recently celebrated our daughter's fourth birthday with an awesome Moana birthday party. One of the biggest highlights was our volcano eruption! I'm sharing how to make a paper mache volcano at home, which is sure to be a hit with your family. 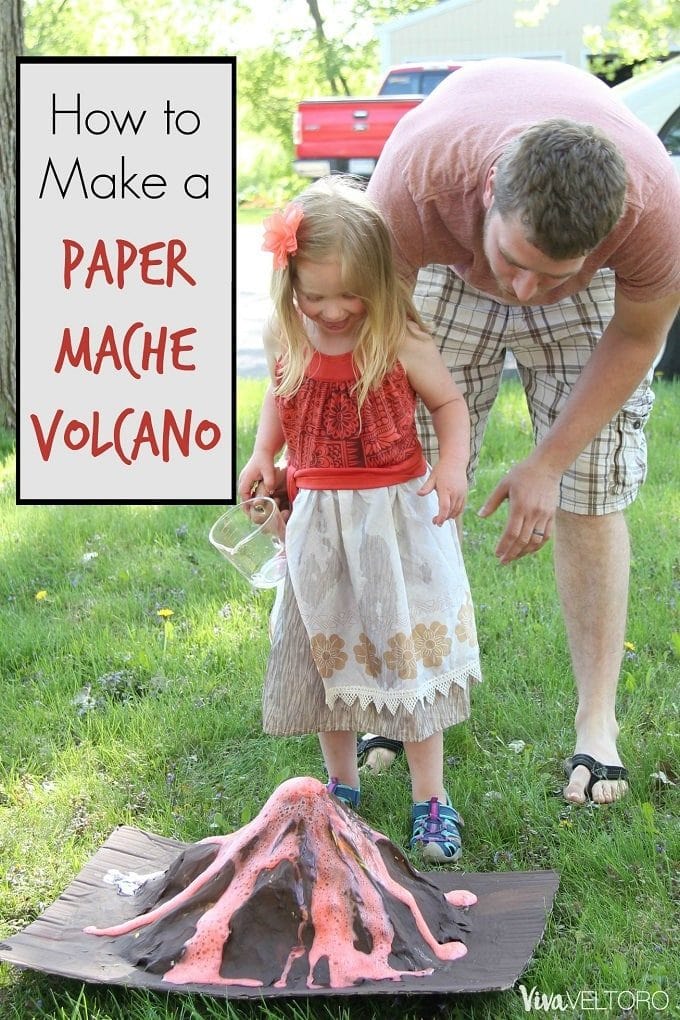 I remember making a few things out of paper mache as a kid - most notably a green pig-shaped piñata (I'll totally share a picture at the end of this post because it's awesome). Most often, though, we made volcanoes and then used baking soda and vinegar to create an eruption. I thought it would be fun to make a paper mache volcano and let our daughter and her friends experience the excitement, too! 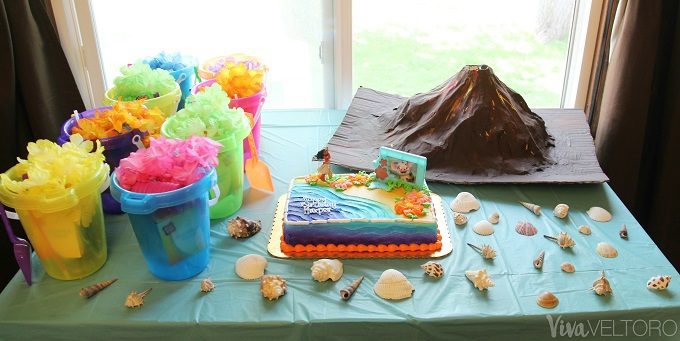 How to Make a Paper Mache Volcano

The first thing you'll want to do is set up your base. After cutting the top off your water bottle, tape the bottle down to your cardboard. Then, loosely pile some crumpled newspaper around the bottle. Thankfully, it doesn't have to be pretty because volcanoes aren't symmetrical! 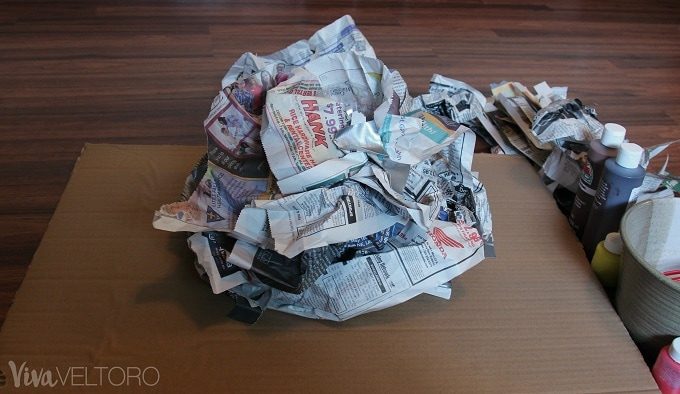 Next, mix your warm water and flour together to make a paste. You'll want to rip a few pages of newspaper into about 2 inch strips. Again, they don't have to be pretty! Then, dip the strips into the flour/water mixture and start draping them from the mouth of the water bottle to the base.

This can get messy, but the kids love to help! I like to put a few layers of the newspaper strips on and then let them dry overnight so the whole structure can harden.

After your volcano is dry, it's time to paint! I like to use a couple different browns, plus red, orange, and yellow to look like lava. We usually paint the whole volcano and base, and then let it dry over night.

I like to let volcanoes erupt outside because they can get pretty messy. Plus, there's more room for kids to crowd around and participate outdoors. I think our final product, pre-eruption, turned out pretty awesome looking!

We poured about two tablespoons of baking soda and a few drops of red food coloring into the mouth of the volcano. I think this is a fairly good ratio but if you want a bigger eruption you may want to use more. 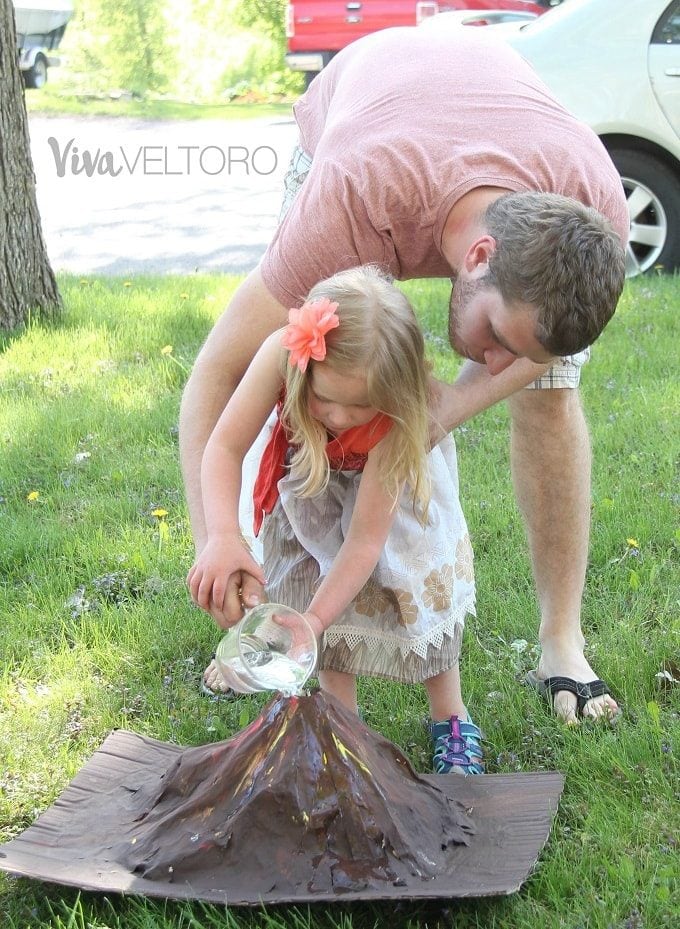 After that, we measure out about half a cup of vinegar and pour it quickly into the volcano. A liquid measuring cup works great for this part, especially if you have kids helping. 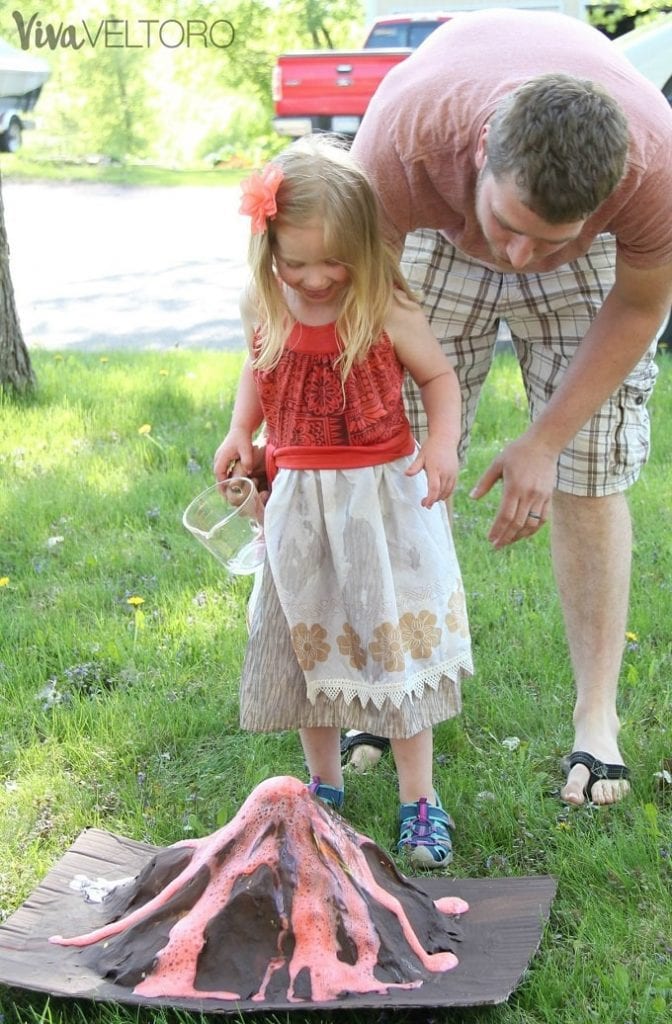 SUCCESS! As you can see, it worked great. Kids absolutely love watching the eruption. We ended up doing it over and over at our Moana party until we used up an entire jug of vinegar and a box of baking soda. It was so worth it to see the kids' excitement! It's pretty simple to make a paper mache volcano and it can easily become the highlight of a party.

What have you made out of paper mache?
Will you make a paper mache volcano with your kids? 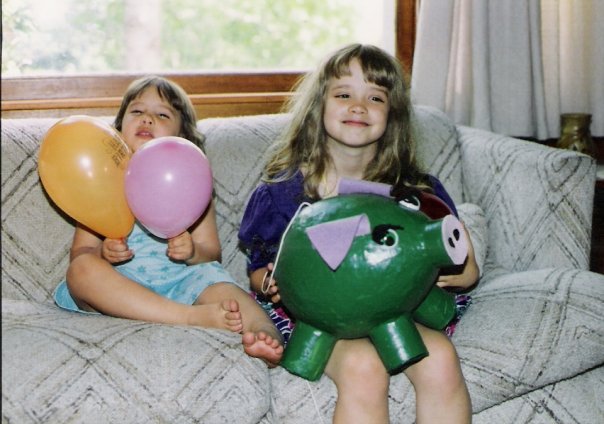 As promised, a silly young photo of me and my sister with our green paper mache pig!