Home » How to Host an Awesome Murder Mystery Dinner Party

If you're looking for a fun activity with adult friends, this post is for you! With two young kids, my husband and I don't get out much. Our friends said they were going to host a murder mystery dinner party and we had no idea what was in store. Check out all the fun we had and the awesome 1920's costumes! 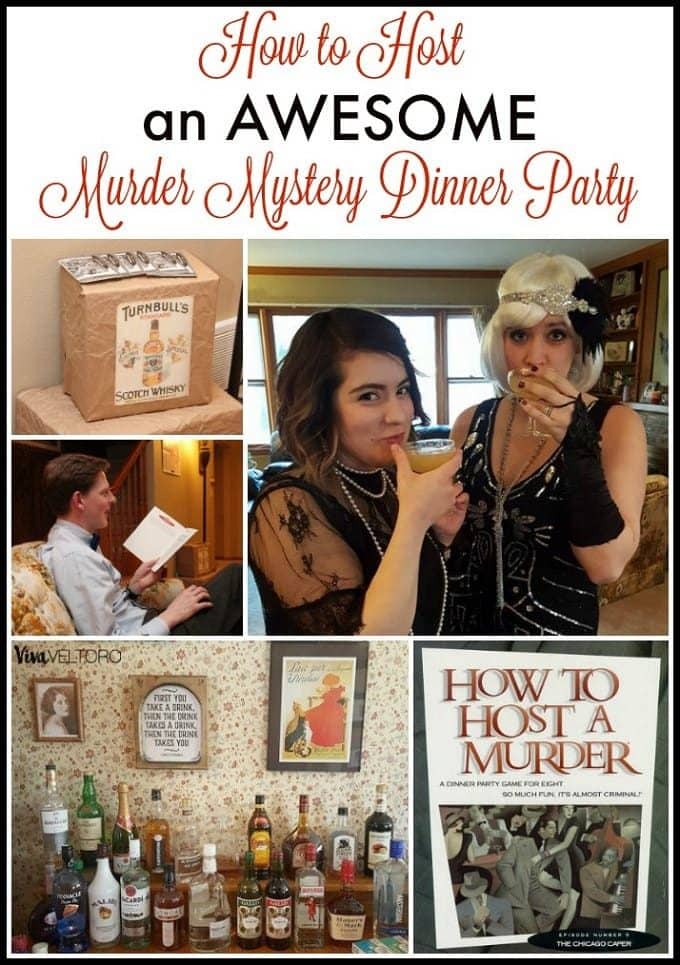 Our son is 15 months old and still nursing, so we haven't been away for more than a couple hours since his birth. We were definitely due for a date night. When our friends suggested a murder mystery dinner party, we were in! They had purchased How to Host a Murder - The Chicago Caper and we received an invitation in the mail with our characters names, biographies, and outfit suggestions. This particular murder mystery is set in the 1920's so we had a blast putting together our costumes and were looking forward to the party. Of course, the day before the party both of our kids came down with the stomach flu. Luckily for us, everyone was able to reschedule. 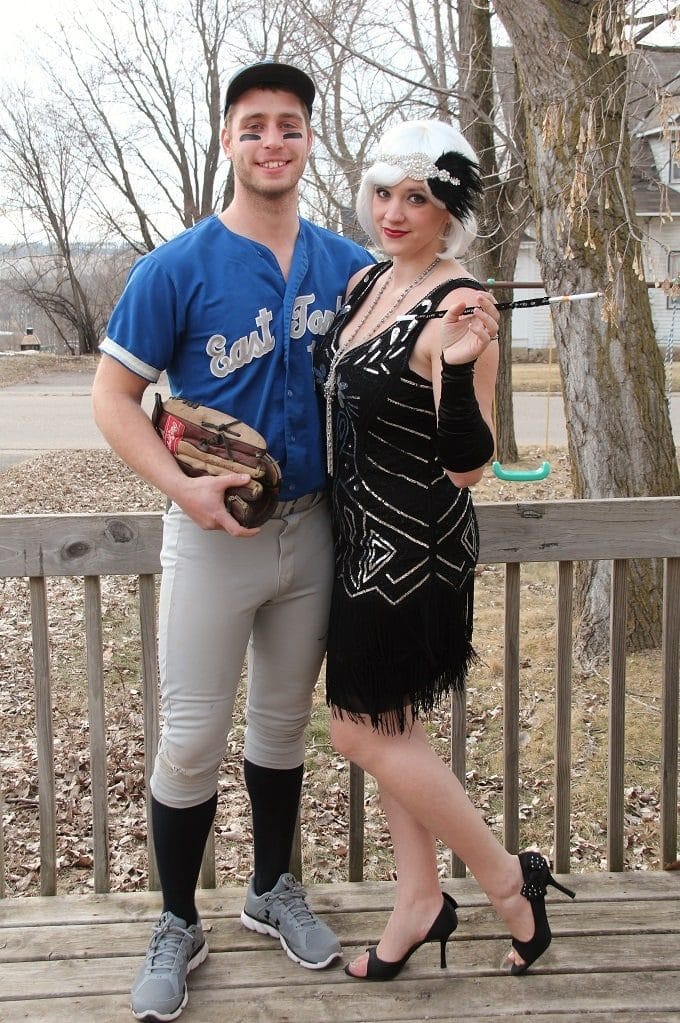 Fast forward a few weeks and it was party time! We dressed up as our characters and headed to our friends' house. In keeping with the theme, their house was a 1920's speakeasy in Chicago. They even made cases of moonshine! 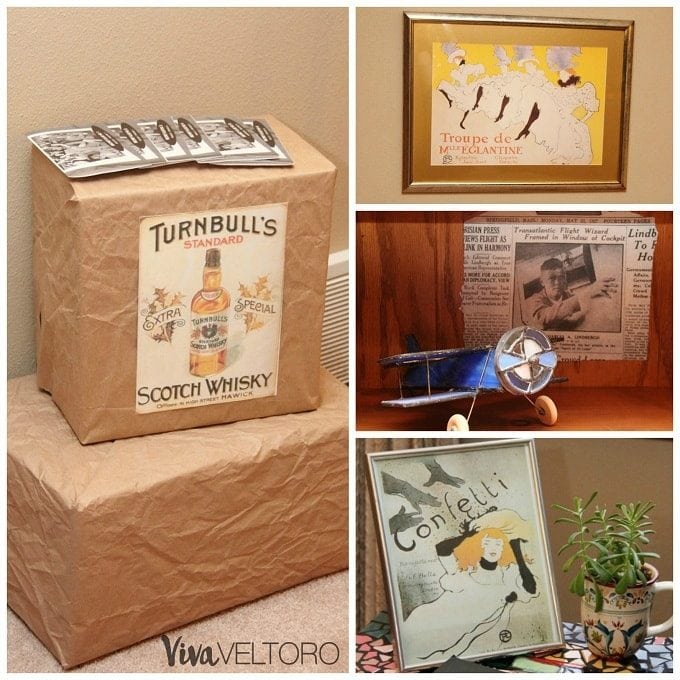 They'd gone all out decorating, and the 20's jazz music, newspaper clippings and art were amazing details. 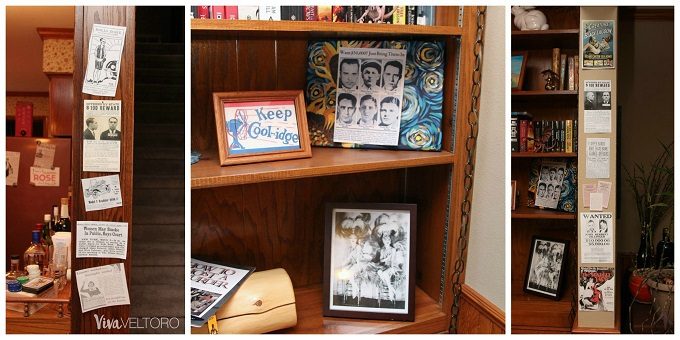 Also, they had a fantastic bar with drink suggestions from the 1920's!

They even set up a smoking room with cigars on their porch! All of these ideas could be recreated or expanded upon for your own murder mystery party. 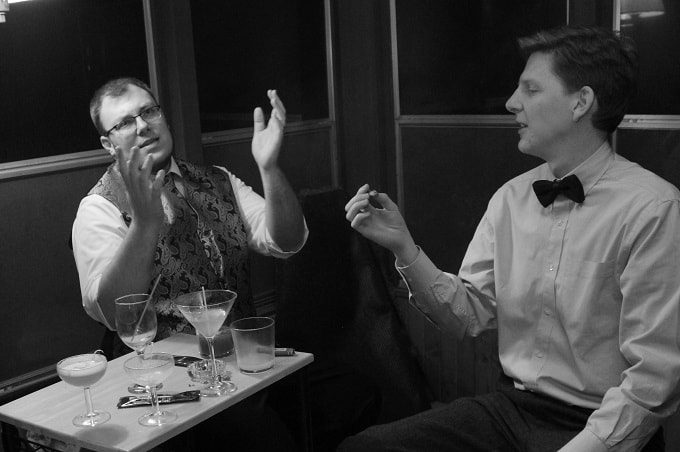 How to Host a Murder Mystery Dinner Party

It was finally time to set the scene for our murder mystery. When you purchase the How to Host a Murder kits, you get quite a few things that help you host a murder mystery dinner party. The box includes invitations, name tags for each character, a CD that sets the scene and explains whose murder you're trying to solve, information booklets for each character (more on those later), a map of the crime scene, and even suggestions for decor and a meal. 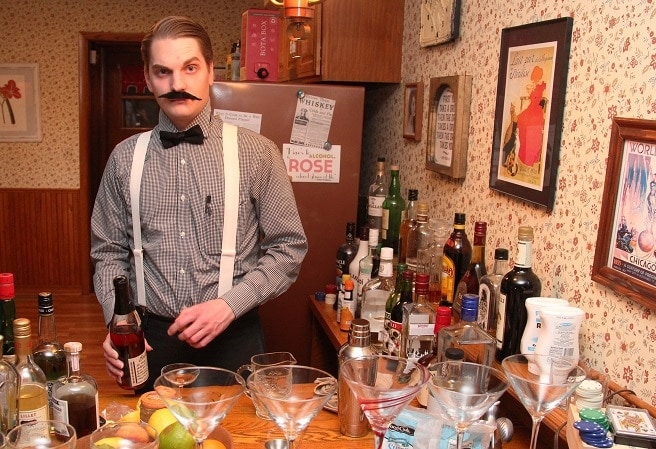 We all ate some appetizers and poured drinks while we listened to the narrator set the scene. The booklets are set up in four sections so you can make time for drinks, dinner, or other activities in between scenes. After hearing about the murder victim (notorious gangster Hal Coppone - this game is full of great puns!) we settled in to start round one. 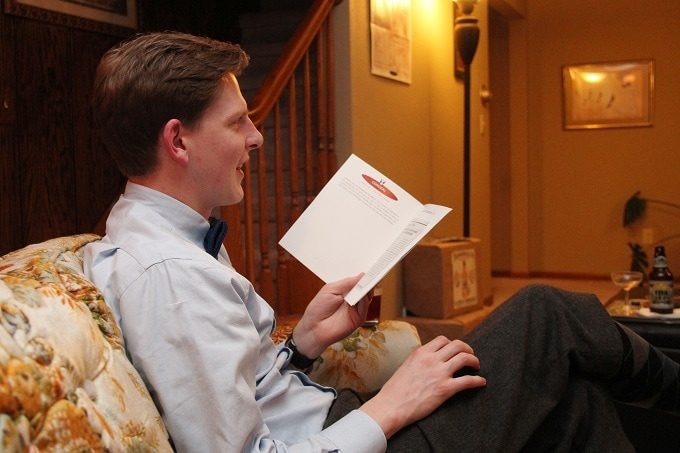 Each character has a conceal page and a reveal page for the four rounds. The idea is to have a spontaneous conversation, where everyone exposes the things they know about other characters. You also try to skirt around revealing potentially incriminating information about yourself. 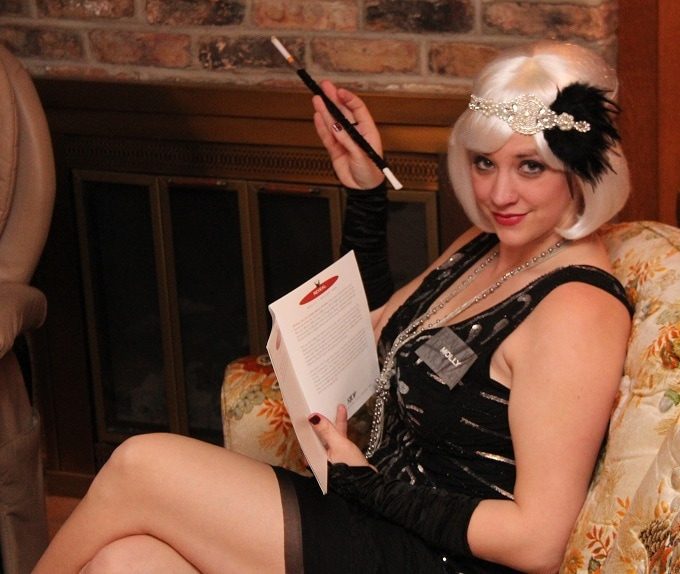 Our characters all had the potential to be the murderer, which made the conversations lively. Plus, each round had a couple of clues that certain characters had to reveal so that added some layers to the drama. 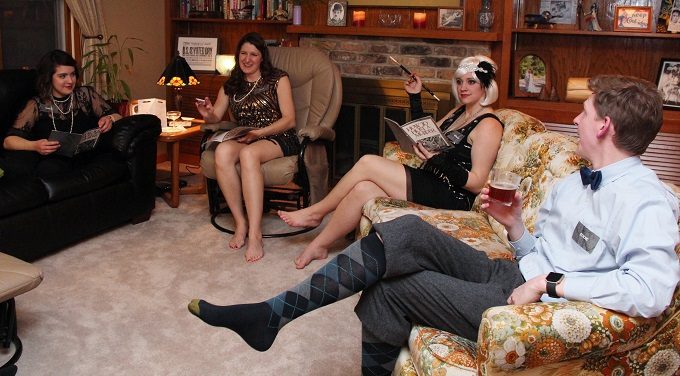 After a couple rounds we had dinner. Our friends made shrimp alfredo and it was delicious! Dinner was also great to break up the rounds and let us think about who we thought the murderer might be. After we filled our bellies and our glasses, it was time to get back to it! Rounds three and four had lots of information and big reveals for characters. In the fourth round we all had different parts to read about other characters that told what they were doing at the time of Hal Coppone's murder. I won't spoil the ending for you, in case you decide to try out the kit! All in all, we had an incredible time and laughed so much together while playing these characters from the 20's. 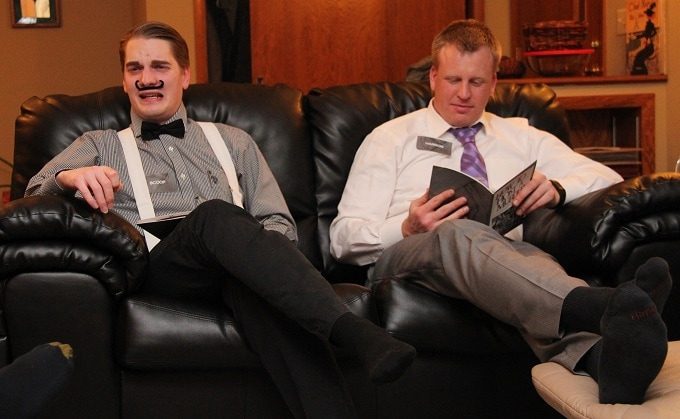 Our friends are all very comfortable around each other and we really got into the characters and the theme. Even if you're not big into acting, the character booklets lay everything out there and make it easy to create dialogue. It was so much fun to dress up and play a character for the evening, I want to try another one of the murder mystery kits soon. If you want to see each character's costume and name, check them out below!

How to Host a Murder - Chicago Caper - Characters 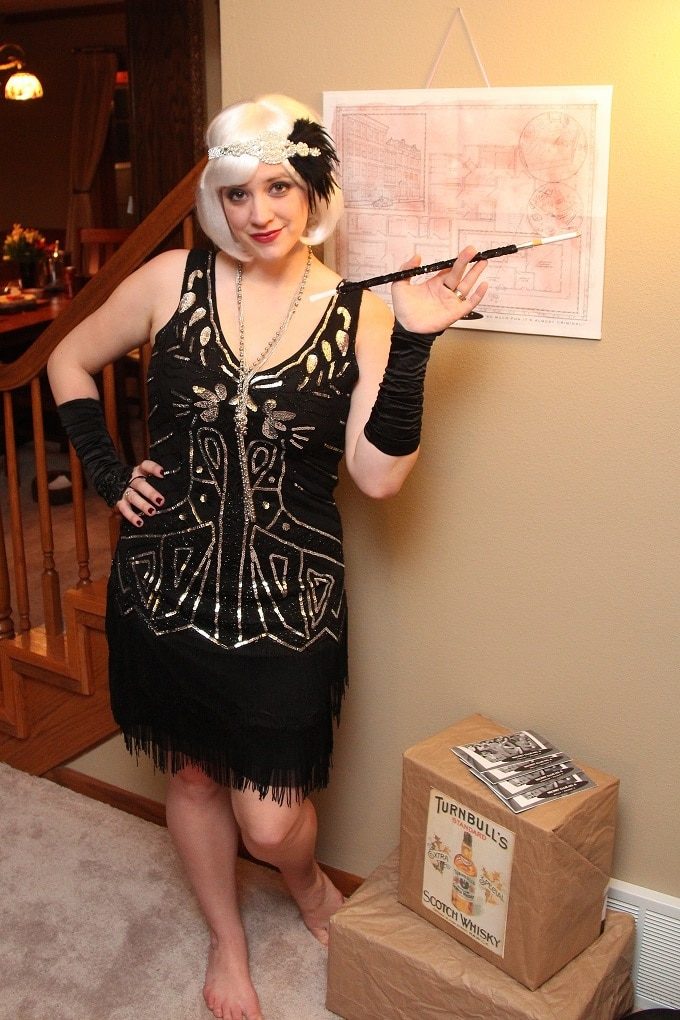 Molly M. Awbsterr - I love my character! She was so much fun, a true flapper! I had so much fun putting together this costume. Here are links to my dress, wig, headpiece, cigarette holder, necklace, and gloves. 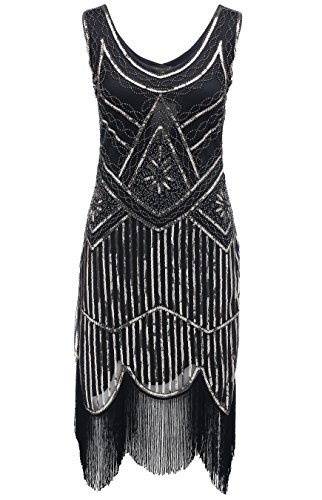 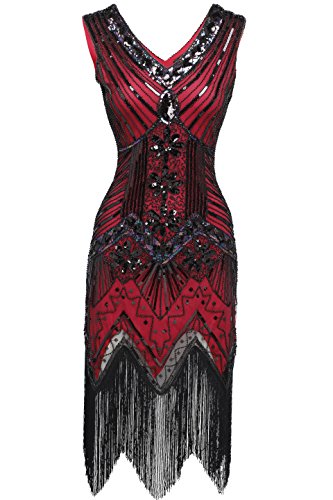 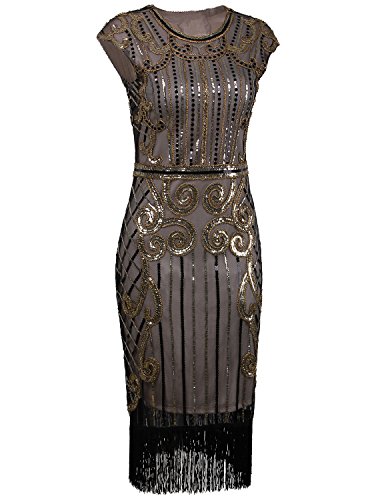 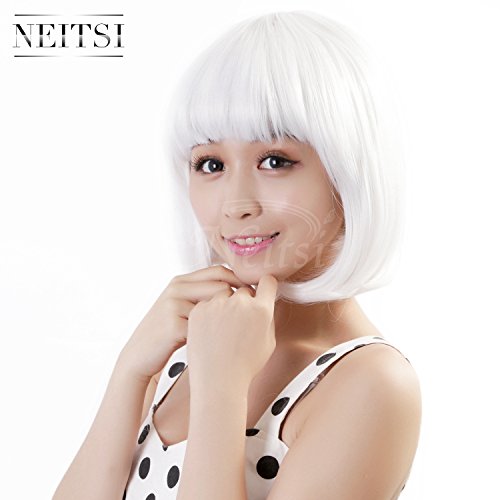 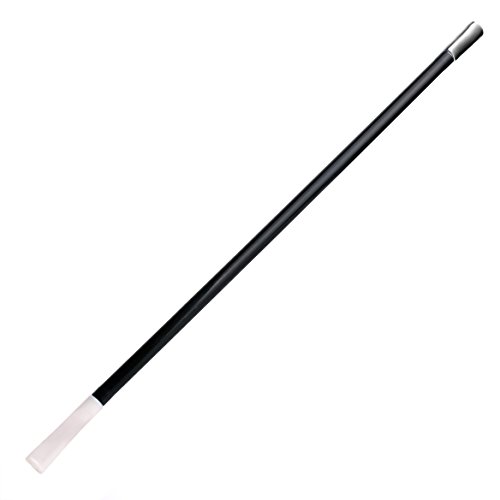 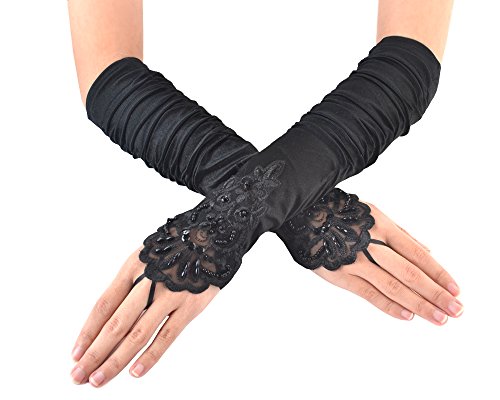 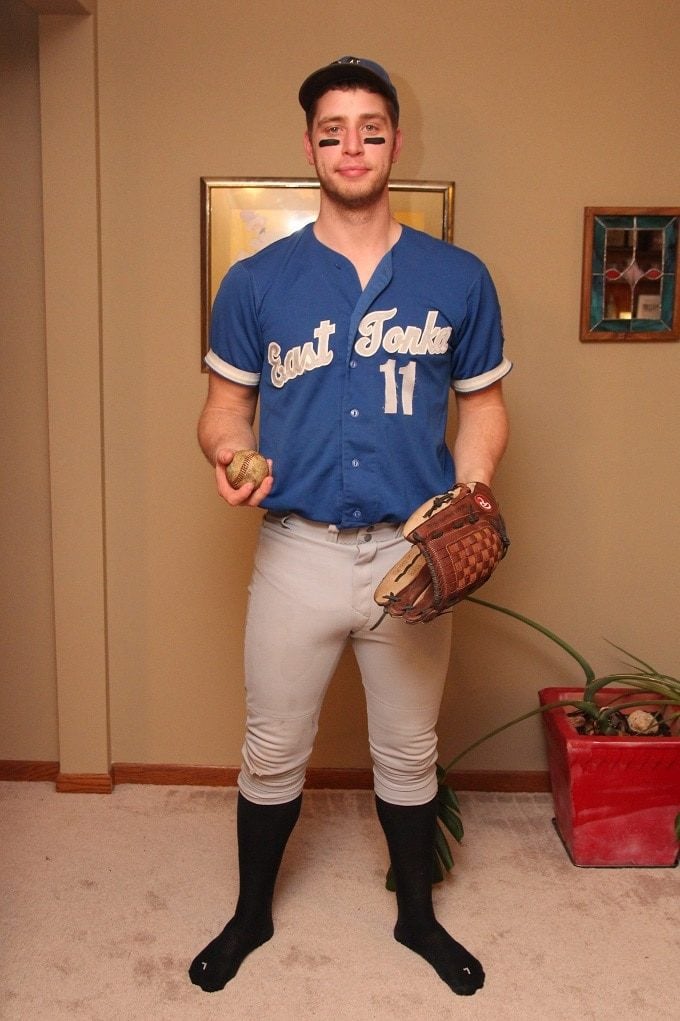 Billy "The Kid" Thrower - my husband Tyler, in his baseball uniform from middle school. I can't even fit into my socks from middle school, so I hated him a little bit 😉 But he looked the part, which was perfect! 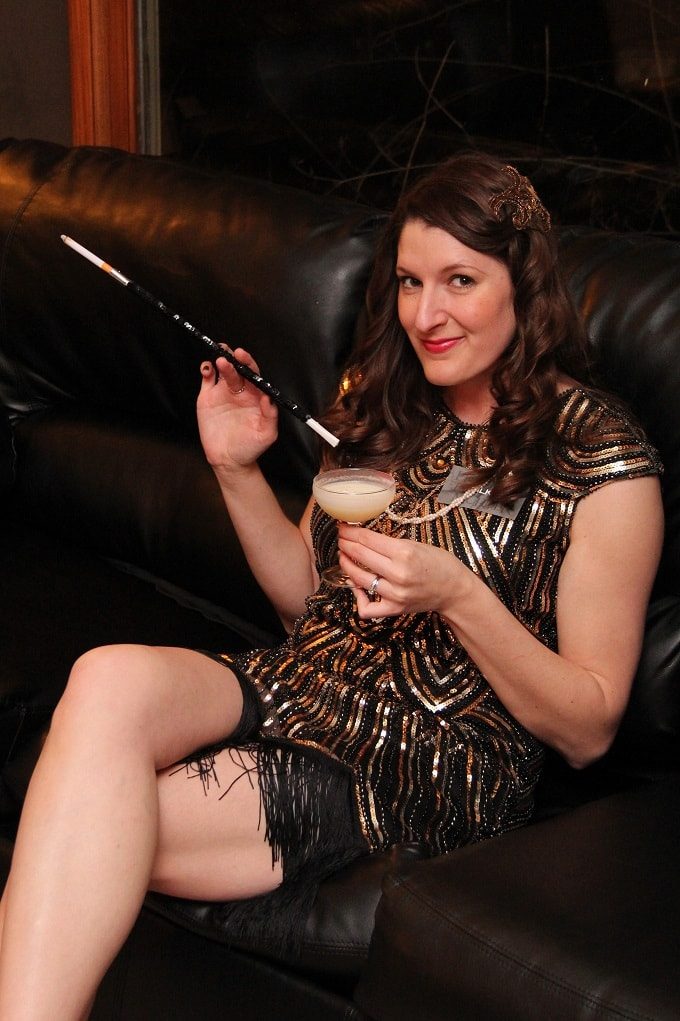 "Silky" M. Adam - How amazing is my friend Kira's dress? Also, she made that headpiece herself! You can buy gold 20's dresses like this one from Amazon! 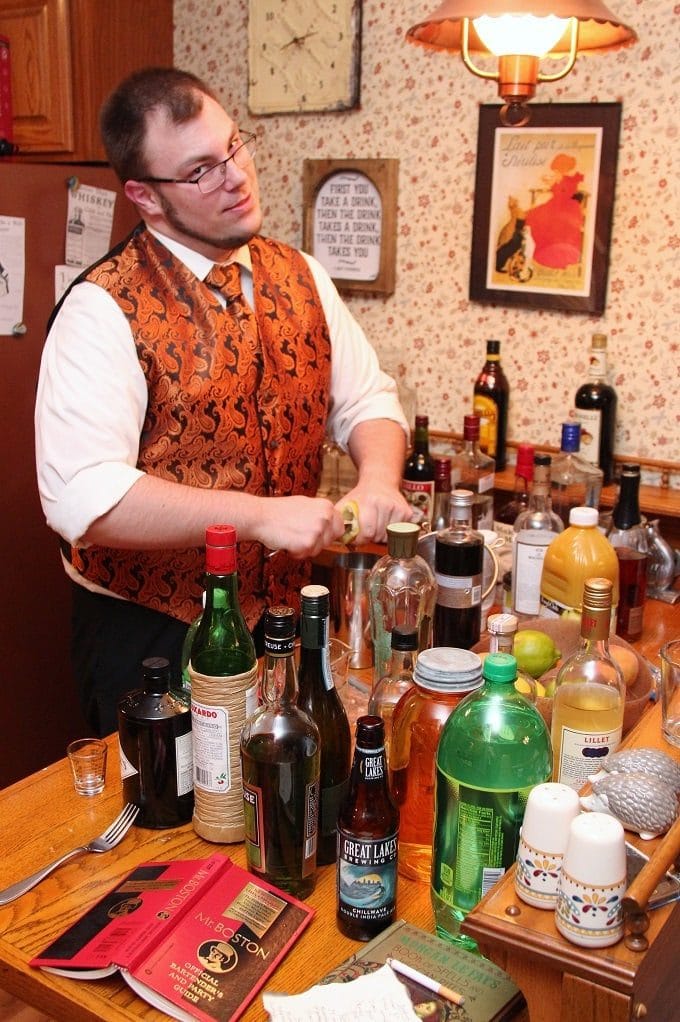 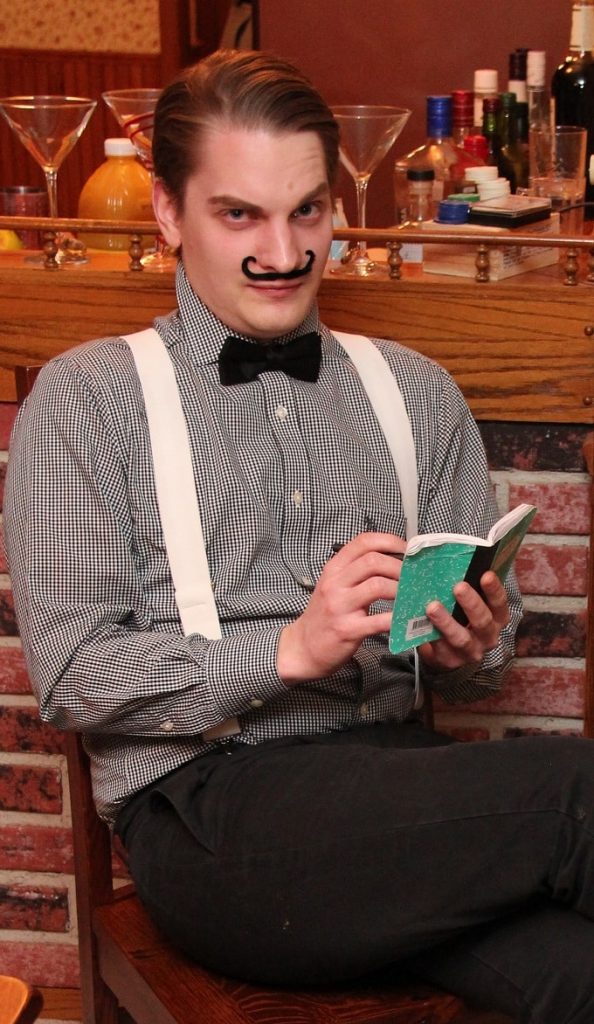 Malissa F. Orrthot "Scoop" - we had an uneven number of girls and guys, though the kit called for four of each. We renamed this character "Mal" and called him "Scoop"! 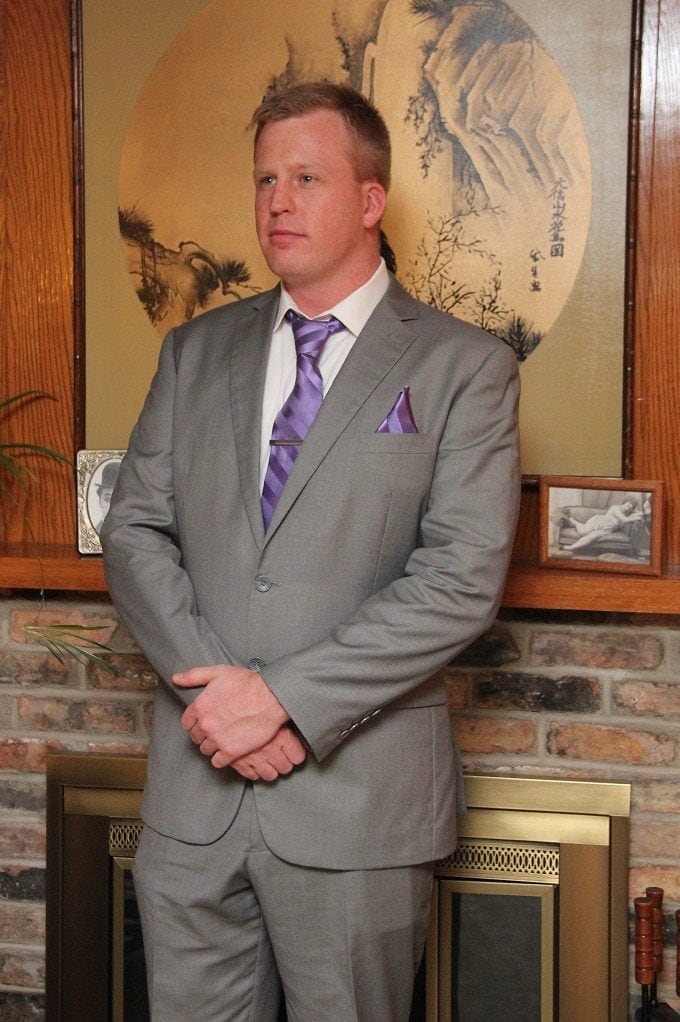 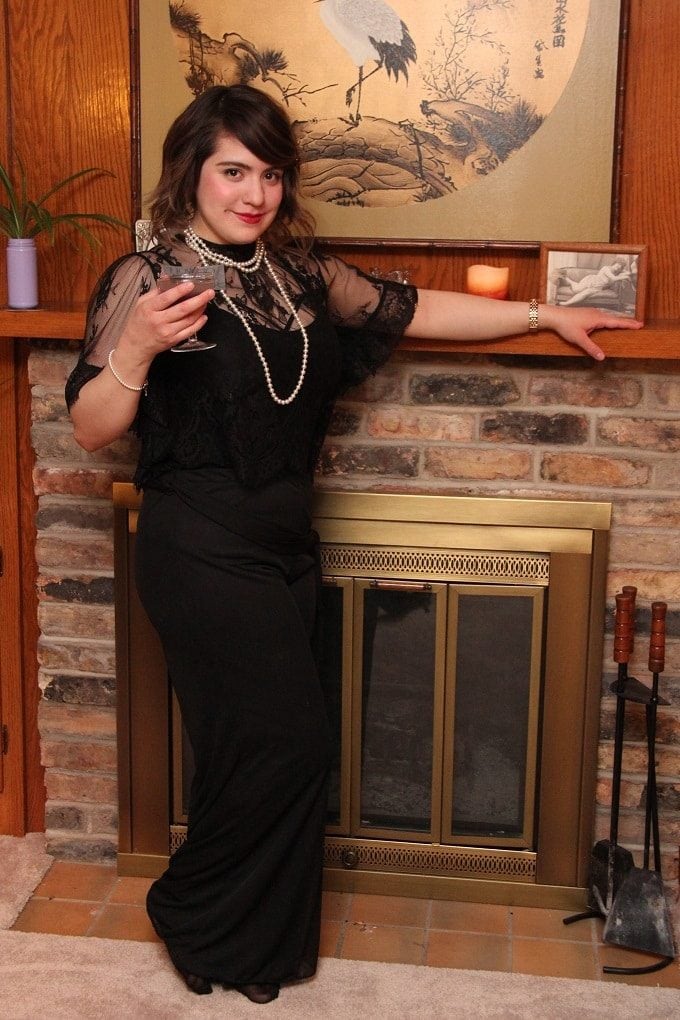 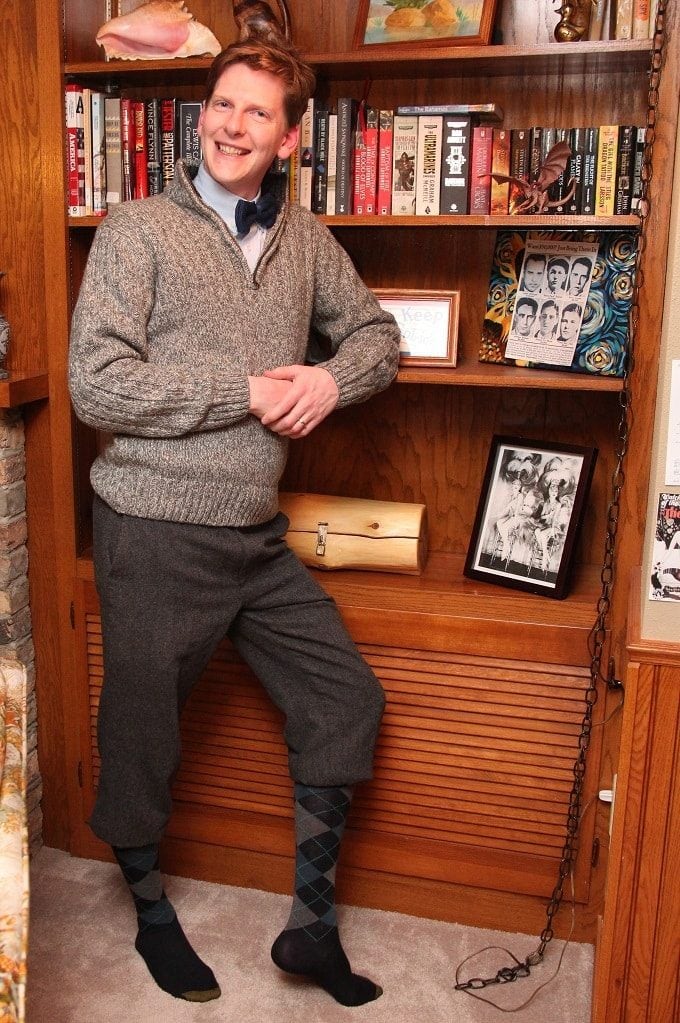 We definitely had the best date night with great friends and I can't wait to do it again! 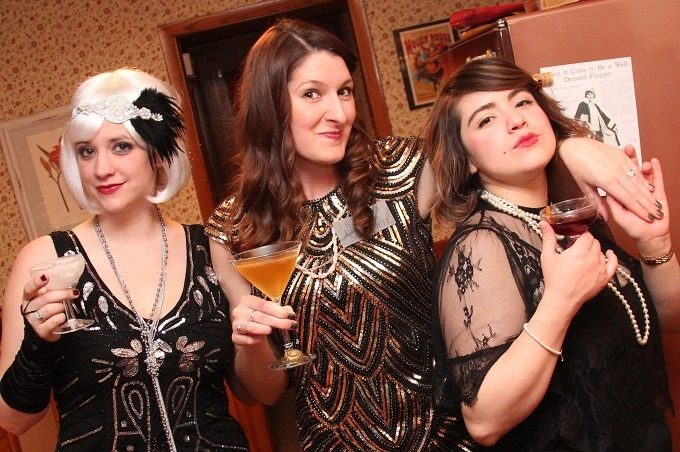 Have you tried to host a murder mystery dinner party?
What was your theme?