Home » Check Out the Final Trailer for Disney and Pixar’s Toy Story 4! 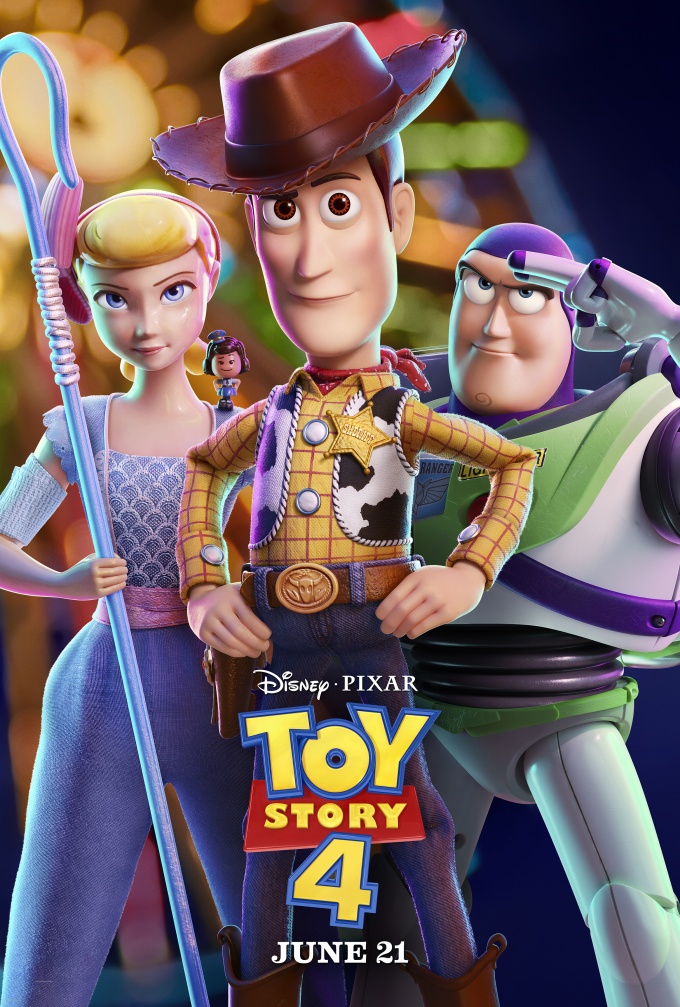 We are so excited to see Toy Story 4 this summer! My family has been waiting for this for a while. As I've mentioned in the past, Toy Story was the first Disney | Pixar movie that we watched with our son and it holds a very special place in our hearts. We regularly watch Toy Story 1, 2 and 3, and we're ready to see our favorite characters again. In fact, we're going to a special screening of the movie at Toy Story Land at Hollywood Studios on June 6th and I'll be interviewing the cast the next day, so stay tuned for more coverage!

CLOSE QUARTERS – In Disney and Pixar’s “Toy Story 4,” Bo Peep takes Woody to a secret hangout within the antique store—the inside of a vintage pinball machine—where a lot of toys go to socialize. Featuring Annie Potts and Tom Hanks as the voices of Bo and Woody, “Toy Story 4” opens in U.S. theaters on June 21, 2019.

Here's more info about Toy Story 4 from Disney and Pixar:

Woody (voice of Tom Hanks) has always been confident about his place in the world, and that his priority is taking care of his kid, whether that’s Andy or Bonnie. So, when Bonnie’s beloved new craft-project-turned-toy, Forky (voice of Tony Hale), declares himself as “trash” and not a toy, Woody takes it upon himself to show Forky why he should embrace being a toy. But when Bonnie takes the whole gang on her family’s road trip excursion, Woody ends up on an unexpected detour that includes a reunion with his long-lost friend Bo Peep (voice of Annie Potts). After years of being on her own, Bo’s adventurous spirit and life on the road belie her delicate porcelain exterior. As Woody and Bo realize they’re worlds apart when it comes to life as a toy, they soon come to find that’s the least of their worries. Directed by Josh Cooley (“Riley’s First Date?”), and produced by Mark Nielsen (associate producer “Inside Out”) and Jonas Rivera (“Inside Out,” “Up”), Disney and Pixar’s “Toy Story 4” ventures to U.S. theaters on June 21, 2019.

NEW FRIEND! – In Disney and Pixar’s “Toy Story 4,” Bonnie makes a new friend in kindergarten orientation—literally. When Forky—Bonnie’s craft-project-turned-toy—declares himself trash and not a toy, Woody takes it upon himself to show Forky why he should embrace being a toy. Featuring the voices of Tony Hale and Tom Hanks as Forky and Woody, “Toy Story 4” opens in U.S. theaters on June 21, 2019. ©2019 Dinsey/Pixar. All Rights Reserved.

I'm especially interested in meeting Forky! If you'd like to do a fun DIY ahead of the movie, check out my friend Amy's post over at As The Bunny Hops so you can make your own Forky ornament.