Home » 5 Reasons Why You Need to Visit Disney's Animal Kingdom

5 Reasons Why You Need to Visit Disney's Animal Kingdom

If you're planning a family vacation soon, the Walt Disney World Resort needs to be on your list of places to go, and Disney's Animal Kingdom should be at the top of your itinerary. There is so much to see and do at this theme theme park. You'll feel like you're stepping into the lush landscapes of Asia and the African plains, but you'll be conveniently located right in the heart of Florida. I was able to visit the park and take a private tour during the Zootopia Event and I've got the scoop on why this park is a must-see.

Living in Florida, it's not lost on me that I'm extremely lucky to be within driving distance to some of the most amazing and majestic creatures on the planet, and it's all thanks to Disney's Animal Kingdom. At over 500 acres, Animal Kingdom is one of the largest theme parks in the world and its primary focus is on animal conservation. There are so many things to see and do at Disney's Animal Kingdom and soon the adventure will keep going after dark with new nighttime entertainment and experiences.

At Disney's Animal Kingdom, you'll get to see many exotic animals and go on grand adventures, but there are 5 things that make this theme park a must-see:

1. Tree of Life: Perhaps the most symbolic and recognizable part of Disney's Animal Kingdom, the Tree of Life is a 145-foot tall masterpiece located in the center of the park. The Tree of Life is an amazing piece of art that took artists nearly a year to create, and once you visit you'll see why. It's intricately carved to represent the circle of life. 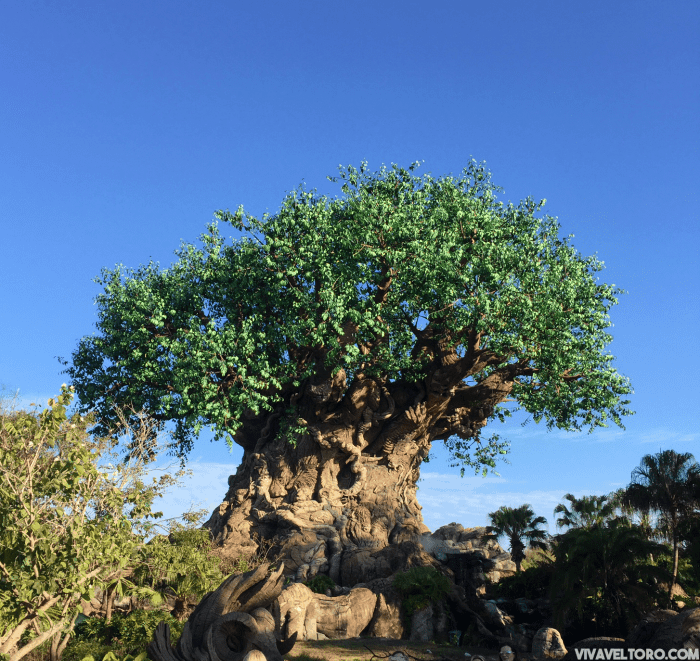 There are over 300 animal carvings on the Tree of Life, from mammals to reptiles (and even a iconic Mouse!). You can spend a great deal of time just looking over it's massive 50 foot trunk and winding roots and branches. It's truly exquisite. 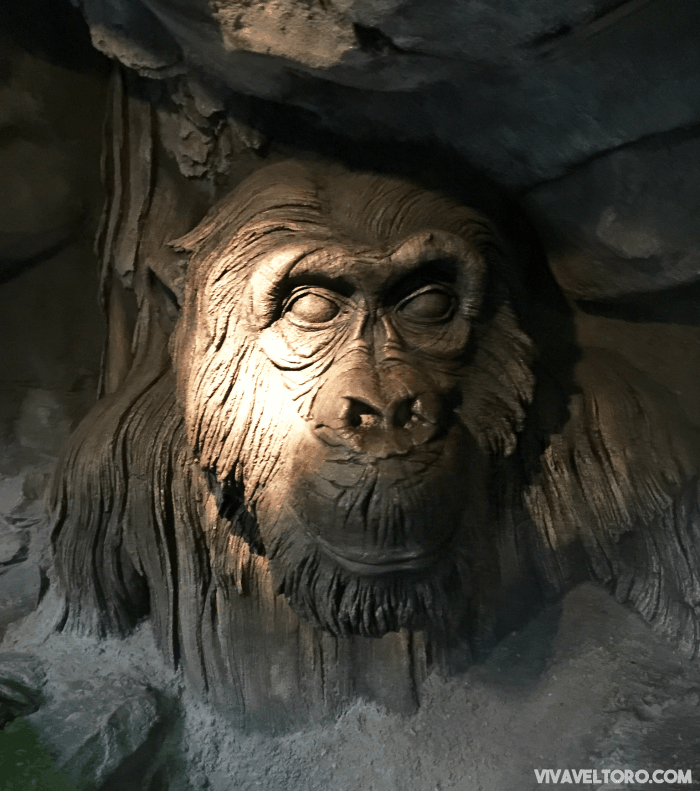 Inside the Tree of Life is a theater where you can see It's Tough to be a Bug. This short 3D movie showcases the bugs we know and love from Disney / Pixar's "A Bug's Life." It's a fun experience for kids of all ages and just look how cool these 3D glasses are! 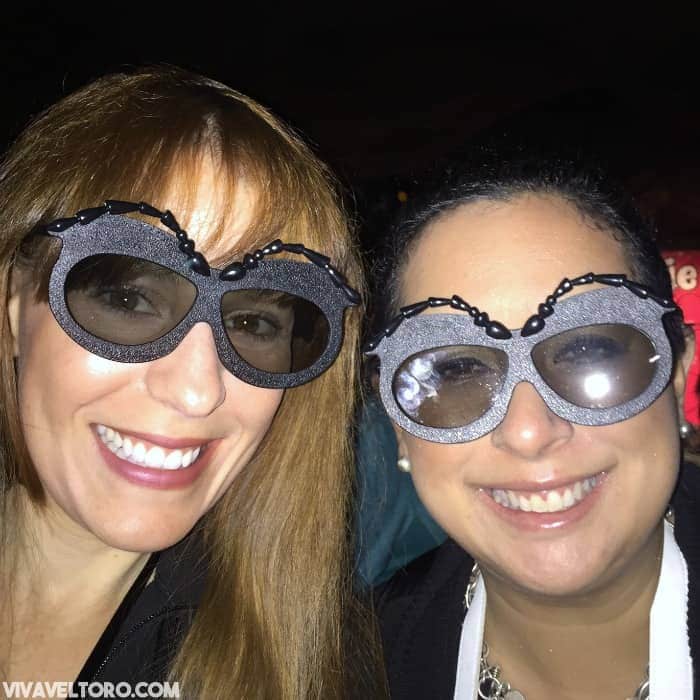 2. Kilimanjaro Safaris: Of course, everyone wants to see animals when they visit the Animal Kingdom, and the best place to do this is on a Kilimanjaro Safari. You'll ride in an open-air truck for a tour of the 110-acre Harambe Wildlife Reserve to see a large variety of animals. The cool thing about the animal habitats within the safari is that they were created slightly raised, almost like stadium seating, to keep the animals within view (for the most part, unless they feel like hiding), so you can see more animals on your visit. Just a tip, the animals are most active during the morning and in the evening, so try to snag your fast passes for these times. 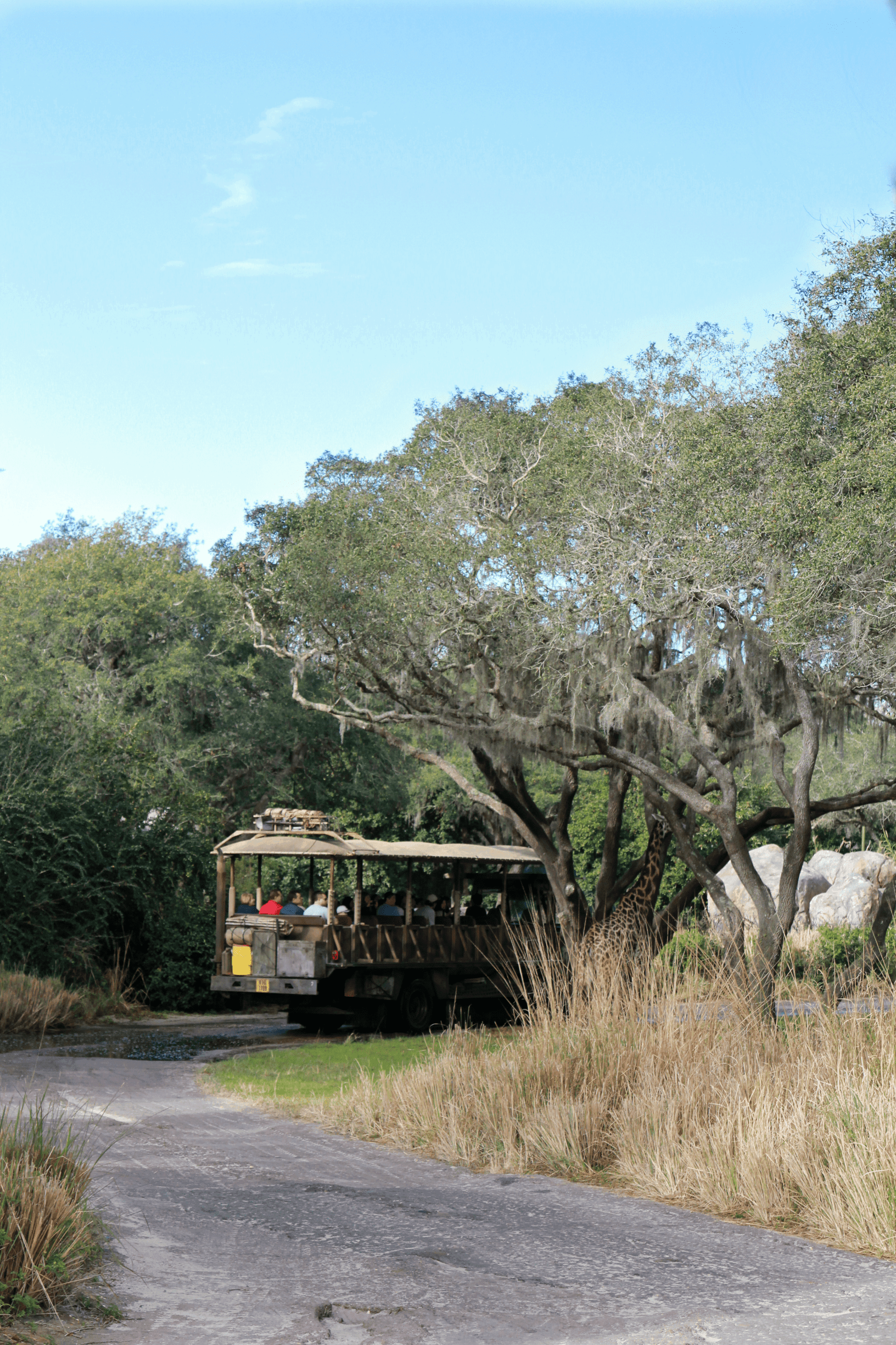 You'll see so many amazing species during your safari, including cheetahs, elephants, giraffes, hippopotamuses, lions, zebras, and more. Have your camera ready for this ride! 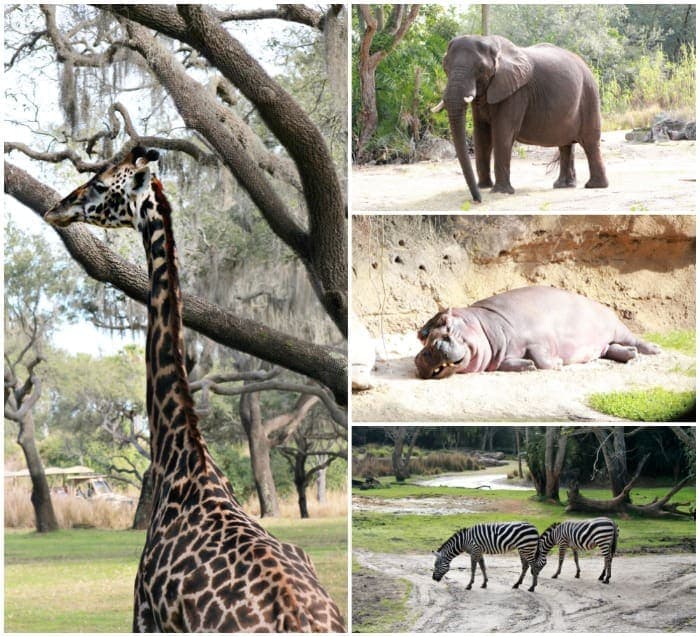 3. Festival of the Lion King: I was a bit surprised at how AWESOME this turned out to be. I've been to all of the WDW Resort theme parks over the years and this is hands-down the best show I've seen. This show is like a mini-Broadway performance right at Disney's Animal Kingdom. 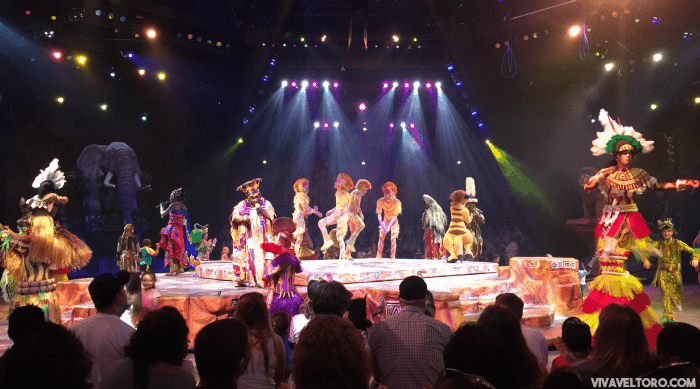 There are parade floats with animatronic characters from "The Lion King," singers, acrobats, stilt walkers, and more within this 30 minute show. The performers are really what makes this show so spectacular, and you'd never know that they perform almost hourly throughout the day. They are so enthusiastic and put their all into their craft. 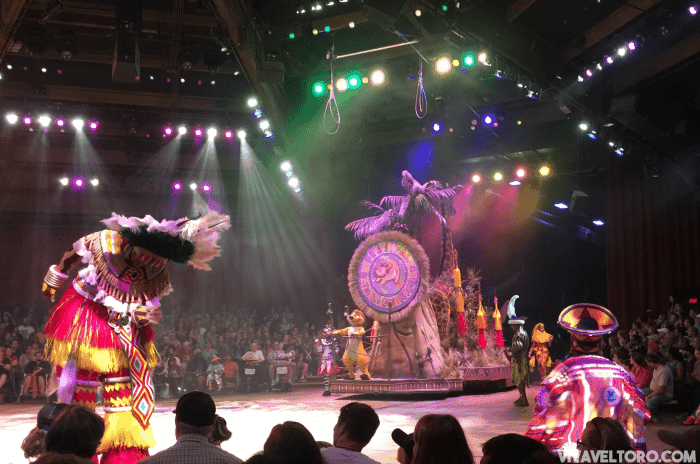 Festival of the Lion King is a show that all ages will enjoy. I highly recommend it.

4. Expedition Everest: Thrill seekers will love to take a ride on Expedition Everest. You'll climb to new heights and race through the Himalayas on this roller coaster. Be prepared for a little unexpected action though - your train will come screeching to a halt and you'll catapult backwards into the dark mountains again. It's a thrilling adrenaline rush for sure!

5.DinoLand U.S.A.: I happen to have a little dinosaur enthusiast at home, so DinoLand U.S.A. is absolutely thrilling to him in general, but there are a lot of great attractions in this prehistoric section of the park. Ride lovers will enjoy Dinosaur, a thrill ride that will have you boarding a 12-seat Time Rover to rescue an Iguanodon from extinction. There's also the amazing Dino-Sue, a reproduction of an actual Tyrannosaurus Rex skeleton unearthed in South Dakota. My son thinks Dino-Sue is the real deal, but I can hardly blame him since it's so detailed (and huge!).

While taking a private tour of the Animal Kingdom at the Zootopia Event, I was able to truly grasp the conservation efforts of Disney's Animal Kingdom. I figured that Animal Kingdom would employ some of the best in the field of veterinary medicine (which they do) to care for the animals on property, but I had no idea that they are involved in the care of animals all over the world. For instance, while we on a walking tour behind the scenes of Conversation Station, the medical staff was working on a tiny bird called a Guam Rail. Our guide told us how experts at the Animal Kingdom were helping reintroduce this species of birds into their native Guam after the region was overtaken by snakes that killed all of these tiny birds. We also learned that Disney's Animal Kingdom is accredited by the Association of Zoos and Aquariums and the World Association of Zoos and Aquariums, meaning they meet or exceeded the standards in education, conservation, and research.

I would highly recommend spending an entire day at Disney's Animal Kingdom to experience everything it has to offer. You won't regret it!

Also, be sure to check out Zootopia -
It's in theaters right now!

Check out the trailer for Zootopia here:

The modern mammal metropolis of Zootopia is a city like no other. Comprised of habitat neighborhoods like ritzy Sahara Square and frigid Tundratown, it’s a melting pot where animals from every environment live together—a place where no matter what you are, from the biggest elephant to the smallest shrew, you can be anything. But when rookie Officer Judy Hopps (voice of Ginnifer Goodwin) arrives, she discovers that being the first bunny on a police force of big, tough animals isn’t so easy. Determined to prove herself, she jumps at the opportunity to crack a case, even if it means partnering with a fast-talking, scam-artist fox, Nick Wilde (voice of Jason Bateman), to solve the mystery. Walt Disney Animation Studios’ “Zootopia,” a comedy-adventure directed by Byron Howard (“Tangled,” “Bolt”) and Rich Moore (“Wreck-It Ralph,” “The Simpsons”) and co-directed by Jared Bush (“Penn Zero: Part-Time Hero”), opens in theaters on March 4, 2016.