Home » How to Make a Toy Story Mr and Mrs Potato Head Costume.

If you're creating a Toy Story family Halloween costume, or if you just want a Mr Potato Head costume, I've got an easy idea for you to make your own! I'm serious, this is SO easy. In fact, I'll show you how you can make a Mr and Mrs Potato Head costume for less than $20!

When my son decided he wanted to be Woody from Toy Story for Halloween, that was totally fine by me. I was able to get his entire costume and all accessories from JCPenney, and I was even able to make his little sister a Jessie from Toy Story costume out of everyday clothing from JCPenney and a few items from the craft store. I decided that my husband and I should get in on the fun too, so I whipped up Mr. and Mrs. Potato Head costumes for us. I'm partnering with JCPenney to show you how I did it. 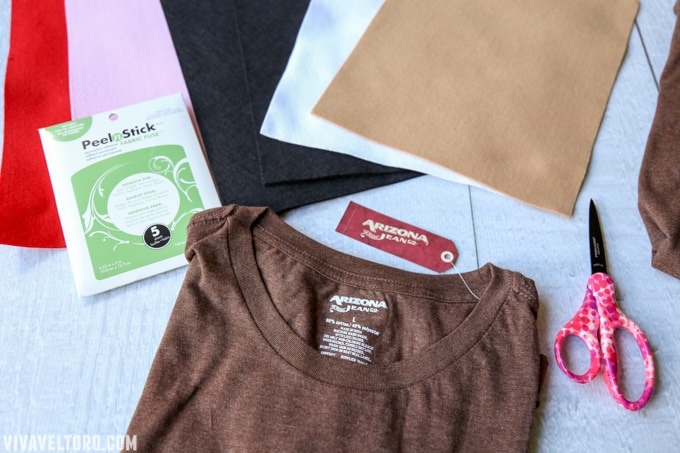 How to Make Mr and Mrs Potato Head Costumes

This costume idea is SO easy and doesn't require a lot of muss or fuss. To get started, all you need is a few brown shirts, scissors, felt (I bought white, black, red, pink, and brown) and some double-sided permanent adhesive tape. I found the perfect Arizona t-shirts at JCPenney. Not only do they come in every color, including brown, they're SO soft and well made. I picked up two men's Arizona Basic Crewneck T-shirts for only $4.20 each! I  got my husband a large and bought a small for myself. These t-shirts are an everyday value at only $12, but with the sale, they were a STEAL! 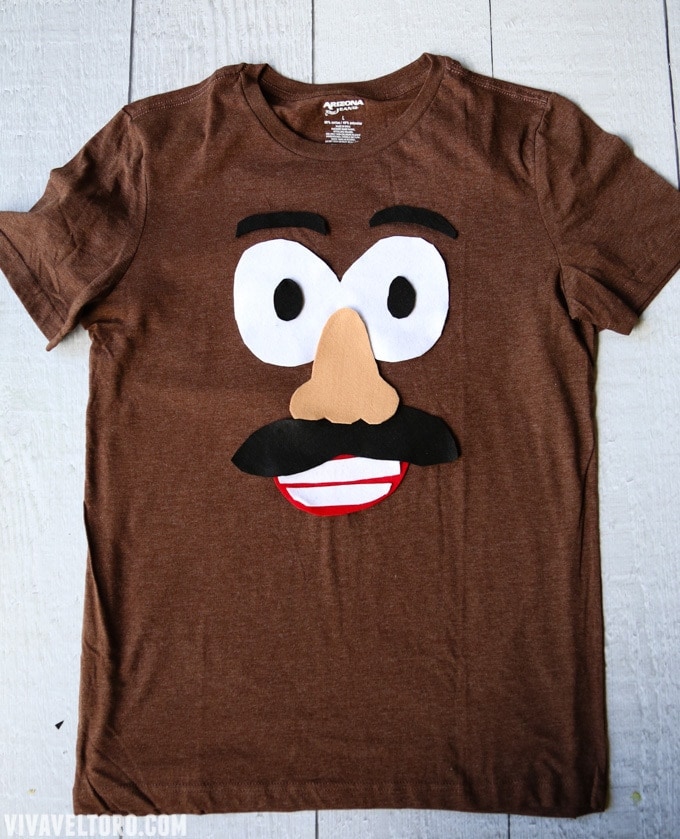 To make our costumes, I looked at a photo of Mr. and Mrs. Potato Head from Disney's Toy Story 3 and simply cut out felt in the shapes of their eyebrows, eyes, pupils, noses, and mouths. I also cut out eyelids and lashes for Mrs. Potato Head. Remember, they don't need to be perfect! It's all just for fun. 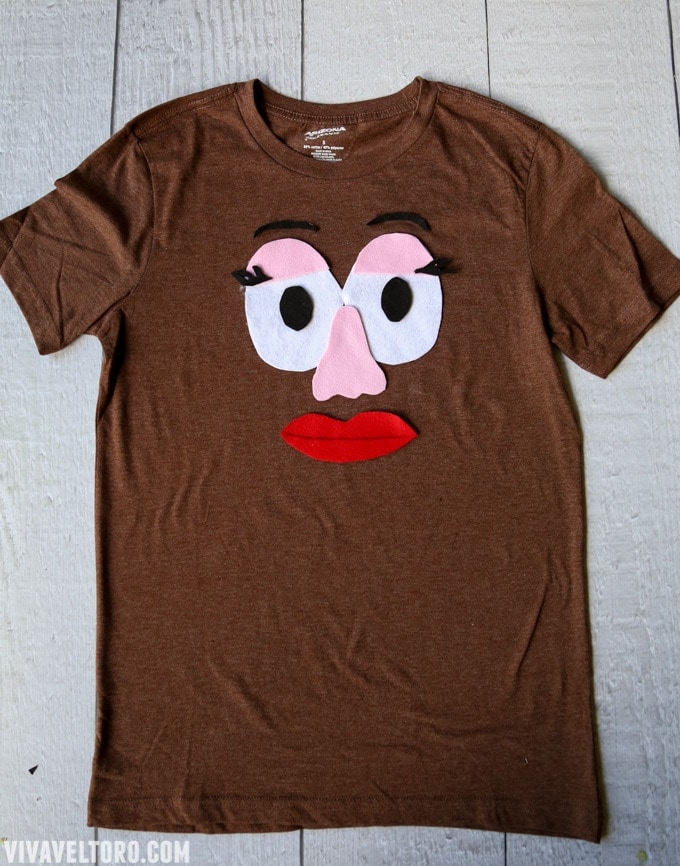 Attach the felt pieces to the t-shirts using double-sided adhesive glue strips or sheets from your local fabric store. That's it! 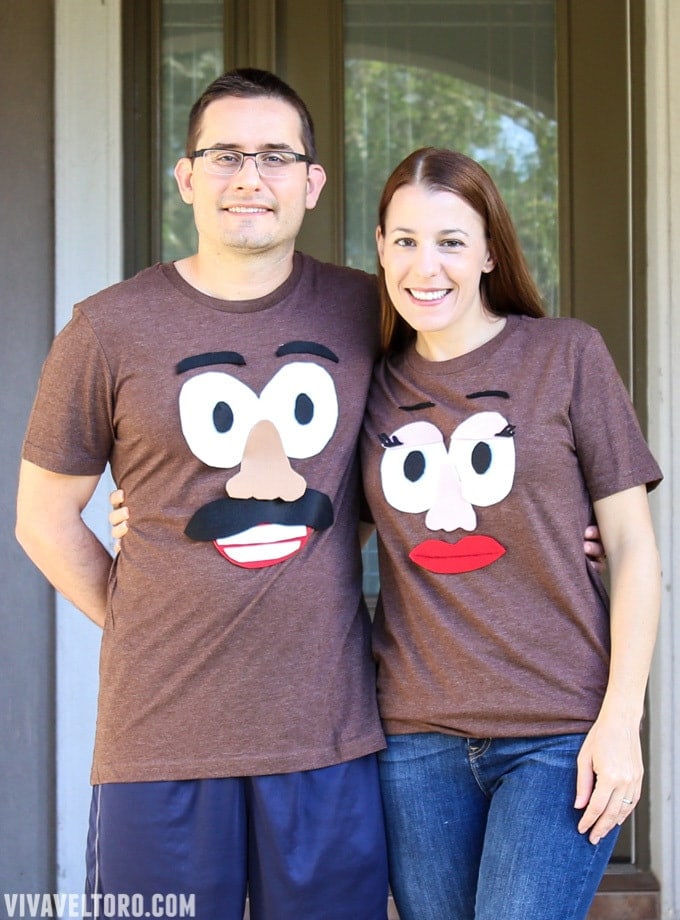 Watch this quick Facebook video I made for
our Jessie and Mr and Mrs Potato Head costume:

You can get even more on-trend Halloween inspiration at JCPenney with prices that can't be beaten. Be sure to check out my DIY Jessie from Toy Story costume too so you can create a family Halloween costume of your own.

Thank you to JCPenney for sponsoring this #SoWorthIt post! All opinions are 100% my own.