Ever wonder how Marvel Studios has produced and executed such epic films over the past decade? It's thanks to people like Victoria Alonso, Marvel Studios’ EVP of Physical Production & Avengers: Infinity War Executive Producer. I had the opportunity to sit down with Alonso while in LA for the Infinity War premiere and we talked all about her role as a Marvel executive and how she balances her career with motherhood. 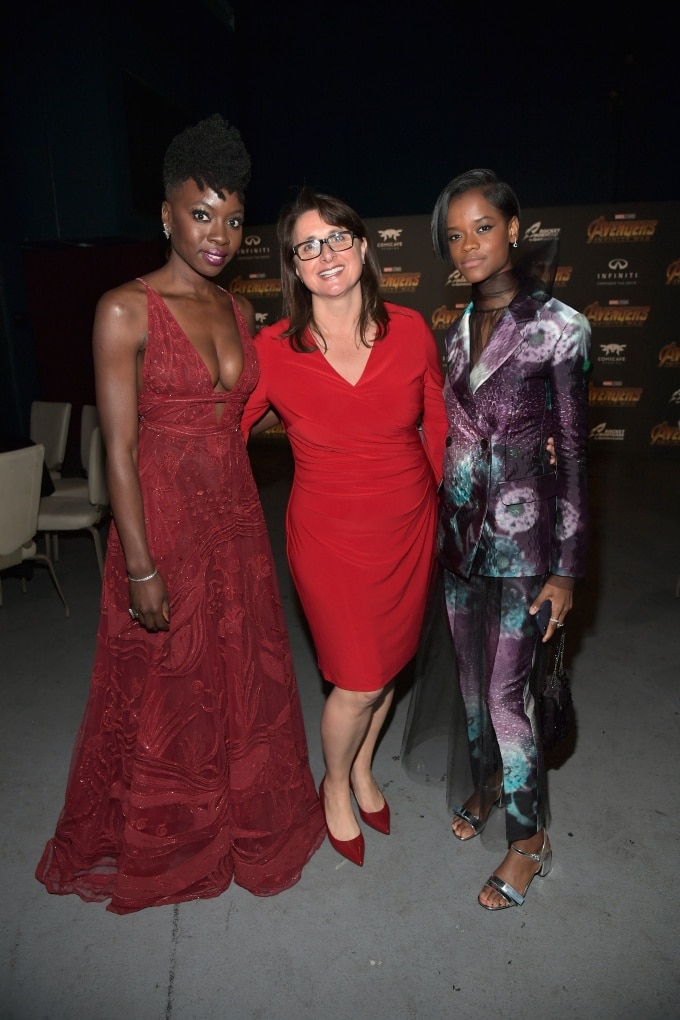 In recent years, it seems like the girl power is unstoppable. Women are redefining roles and paving new paths for young girls and Victoria Alonso has worked long and hard to advocate for women in Hollywood. Alonso started in the visual effects field when it was in its infancy and has navigated her way to the top of the industry, becoming one of the few women to ever hold a position as a physical production chief at a studio.

During our visit to LA to attend the Avengers: Infinity War premiere, our small group of 25 bloggers got to sit down with Alonso. Since our group was mainly women (24 women and 1 man to be exact), Alonso decided to go off the script and get a bit more candid with us. Rather than the usual topics she discusses with media, like the importance of STEM for children or behind-the-scenes Marvel info, she wanted to talk about motherhood. 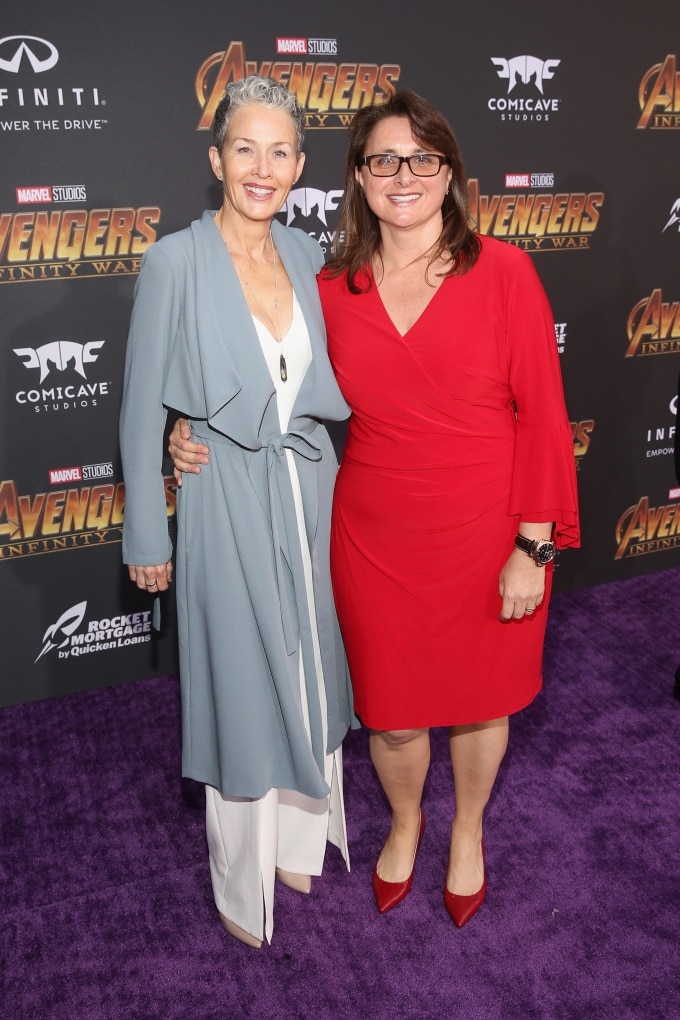 Alonso is married to actor and designer Imelda Corcoran and they have a 7-year-old daughter. As soon as she started talking about her little girl you could feel the immense love she has for her child.

It's funny that you can take the most sophisticated or least sophisticated, richest or poorest people in the world and put them together and if they're mothers, everyone seems to have a bit of common ground. Every mother feels stretched too thin and like they're constantly juggling it all. As soon as we started talking about parenting I think we all felt like we could relate.

One of the first things that Alonso said to us after we all called out how many children we have is, "We need to work harder." She pointed that statement at a woman in our group that has 5 (yes FIVE) daughters. When she asked Alonso to clarify what she meant, she replied, "I think that women need to believe in their core that they’re equal. Because I see it in my daughter at seven, and, boy, she’s gonna take it over. And there’s a shift somewhere along the way, I think when they turn between 12 and 15. Something shifts. Something shifts, and I think it’s within us. You gotta believe it in your heart. You do." There wasn't a dry eye in the room. One of the hardest things for me about mothering is ensuring I'm doing all I can to make sure my kids become good people and reach their full potential. It's just hard figuring out exactly how to do that.

Alosno went on, "My mom used to say, 'If it has been done, it can. And if it hasn’t been done, it should.' And here I am... I think it’s not only to do it for our children but to do it for ourselves. I think as moms, we forget who we are because all we do is "mom." And you mother this and you mother that and you parent this and you parent that and you forget who you are as a human being along the way. Because it takes all we got to parent."

I wondered what it must be like for Alonso's daughter. Growing up in Hollywood with a Marvel mogul and an actor|designer as mothers. Although she might not fully understand the gravity of what it means, she calls her mommy a changemaker. After meeting Alonso I think that's probably the best word to describe her. 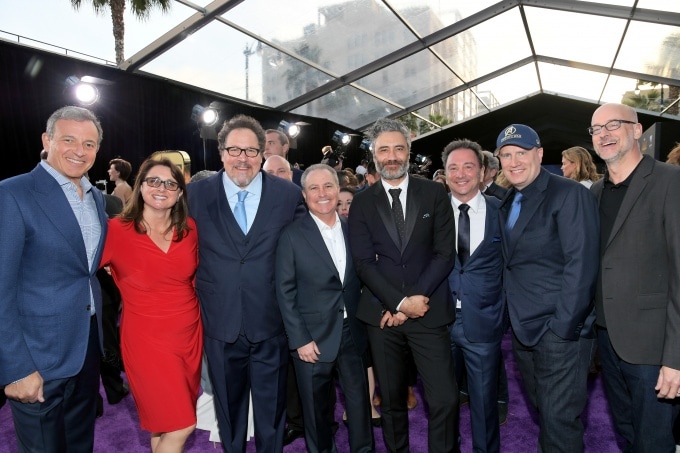 As impressive as her resume is (her hand has touched every single film in the Marvel line-up), Alonso's passion is even more admirable. She's a powerhouse in a male-dominated field and is a fierce advocate for equality, both on-screen and off. She's helping shape the movies that our children watch and helping them see themselves represented on screen. We're seeing more powerful female characters and strong black women and men at the forefront of Marvel films. That's not a coincidence. It's a decision that Alonso and other executives at Marvel have made, and it's paying off.

What else does a changemaker do? Besides shuttling her daughter to birthday parties on the weekend and pretty much doing it all at Marvel Studios, Alonso makes herself available to other women who might need advice or help. She truly believes in giving other women a hand-up. One of the women in our group of bloggers mentioned that she had a daughter who wanted to work in the entertainment industry in some capacity. Alonso told her that her daughter would really have to search her heart to figure out exactly what she wanted to do. She said, "Knowing what other people do allows you to sort of guide and follow a career I guess. But there is nothing that doesn’t get touched in every level and there’s art in every single department that we do. So, whether you’re creating a prop, you’re creating a sound bite, you’re creating the music, you’re creating the visuals, you’re creating the script, you’re doing the casting, you’re doing the costumes, you’re doing color, you’re doing sound design or visual effects... There’s so much. Maybe when she graduates from high school you should come back and chat with me with her here so I can talk to her."

You might assume that a woman of Alonso's stature might not have time to mentor other women, or that she might have an idea about how important she is. That really doesn't seem to be the case. Unlike other studios where there are executives and producers, Alonso told us that she, Kevin Feige, and Louis D'Esposito really do it all. She said, "We’re a little bit like a production company meets a studio meets the producers meets everything else because we’ll go and fetch your coffee if you need it. We never forget that." I sincerely love how humble and grounded the team at Marvel sounds.

We asked Victoria Alonso how motherhood has changed her and the job she does. She told us that it's impacted the way she feels about the violence in the movies she helps create. " Having children changes who you are as a person and how you see the world. I think that I thought I would've died for someone. I know I would die for her... That kinda feeling on a daily is like {thinking}  is that stab necessary? Do we need to see that blood? Can we just stop the punchy punch?... I think it’s a constant question as a parent. And I say it aloud in every room, how am I going to explain this in the playground?"

When we asked her about being a changemaker, Alonso simply said, "I don’t know that I’m a change-maker. That’s what her [daughter's] teachers think. I’m a working mother. That’s all. That’s my title. That’s what I do. I try to create a balance between home, life, marriage, friends, career. So, if that’s a change-maker, so be it, but that doesn’t make me any different than any of you." 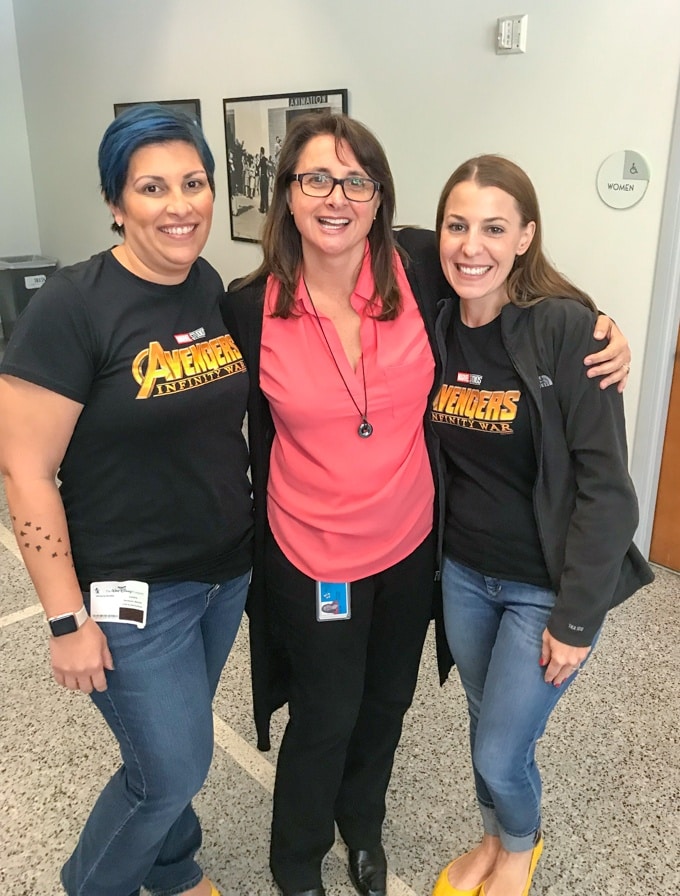 So, what was the best takeaway from our chat? We asked Alonso what her advice would be to women, working moms, who are trying to ease in and be part of the big boy table. She said, "Be yourself. Don’t try to be a boy. I have never wanted to be a man. I’ve never wanted to be like them. I never wanted to do it like them. The strength is being who you are. Hands-down. That’s what makes you different. That’s what you bring to the table." She then added (and I LOVE this part), "But when you go to that table, you sit at that table, not on the side, not behind. You sit at the table. And own it. That’s it. I own it every time I sit at that table. I don’t make an apology for being there. If I’m at the table, that means somebody decided I should be here. So, I am here. That’s what they do."

Avengers: Infinity War is in theater everywhere right now! Another tip: Alonso said If you can, see it in IMAX. It’s a different experience. 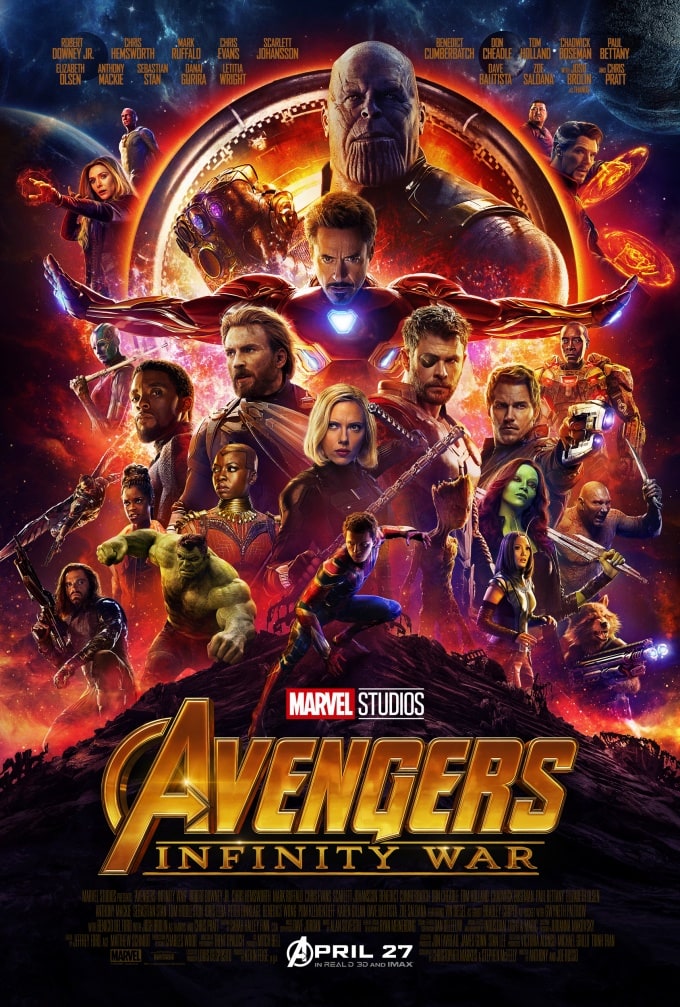