Disney/Pixar's Finding Dory is now available on Blu-ray and Digital HD, just in time for the holidays! 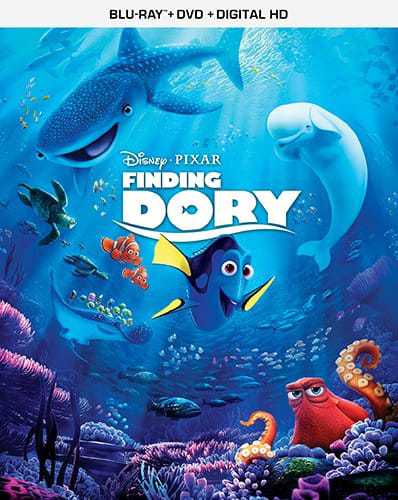 You might remember that I had the chance to attend the Finding Dory world premiere in Hollywood earlier this year. Not only that, I had the chance to interview Ellen DeGeneres and Ed O'Neill and several other stars from the movie. The film truly holds a special place in my heart and I'm so excited to share that Finding Dory is now available on Blu-ray and Digital HD. I think it would be a perfect holiday gift for kids of all ages!

We just received our Finding Dory Combo Pack (Blu-ray + DVD + Digital HD) and my son was SO excited to see baby Dory again (she's his favorite EVER). Below is my review of Finding Dory, in case you haven't seen it yet.

I was and still am a huge fan of "Finding Nemo." When the movie was released to DVD in 2003, my niece was only a tiny toddler and she quickly became obsessed with the film. In true toddler fashion, she demanded we watch it a few times per day... and so we did. Over the past 13 years, I've probably seen Finding Nemo over 100 times. That's the thing about Disney movies - they never get old and the mixture of child and adult humor is just genius. I'm happy to report that Finding Dory is no exception. 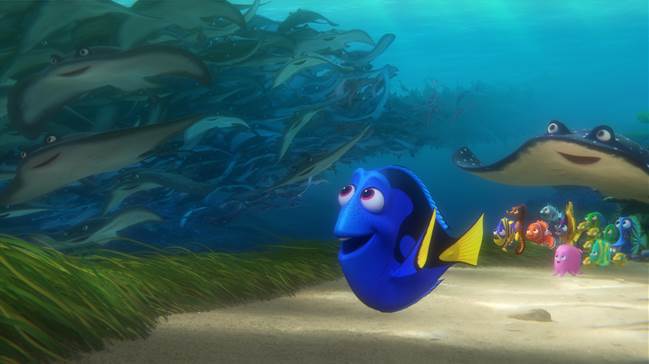 I got to see the first 33 minutes of Finding Dory at Disney Social Media Moms Celebration (Disney SMMC) in May and I just knew this movie was going to be received so well by the masses. Just the small portion I saw was endearing, funny, clever, and I could see that we were going to be taught some valuable life lessons too. We also got to hear from Producer Lindsey Collins during Disney SMMC and she shed some light on how the movie became a reality after a 13 year hiatus. As you know, Finding Nemo had a happy ending and all of the issues were resolved by the end. Except for the little details about Dory. What was in her past and how did she come to have short term memory loss.

As the trailer laid out for us (it's below, if you haven't seen it yet!), Dory (Ellen DeGeneres) gets a glimpse into her past and sets out on an adventure. Of course, Marlin (Albert Brooks) and Nemo (Hayden Rolence) have to go along since Dory has a tendency to forget pretty much everything. While you'll recognize some characters (and obviously some voices) from Finding Nemo, like Bob Peterson as Mr. Ray and Director Andrew Stanton as Crush, there are some fresh new characters that you'll instantly love, including Dory's parents Charlie and Jenny (Eugene Levy and Diane Keaton), Bailey the beluga whale (Ty Burrell), Destiny the whale shark (Kaitlin Olson); and Hank the octopus (Ed O’Neill).

As Collins told us, although Dory is friendly, funny, and generally lovable, she doesn't see herself the same way everyone else does. She never, ever mentions Nemo's small fin, and she never picks at Marlin's insecurities or worries. She doesn't see the bad in anyone, yet she's hyperaware of the flaws within her self. She's very cognizant of and constantly apologizing for her short-term memory loss and it makes her doubt herself. I think that's a pretty universal concept. I think we all have a flaw that we focus on that makes us insecure and leads us down a path of self doubt. To see the characters support Dory throughout this films teaches us great lessons about perseverance and friendship.

Children and adults of all ages are going to be fully entertained throughout this 97-minute film. You'll laugh, you'll cry, and you'll fall in love with this little family of characters. Be sure to sit through the credits the full way through too!

You can purchase Finding Dory on Amazon right now! It's a steal too!