The 52 Week Money Challenge has been popular for some time, but I've never really given it a good go... that's about to change this year! The goal of this challenge is to establish saving habits that will allow you to sock away $1378 by the end of the year. Now, there are two versions of this challenge - the traditional and the reverse. There are pros and cons to each so let's take a look at which plan is right for you, plus I've got FREE printables for each challenge. 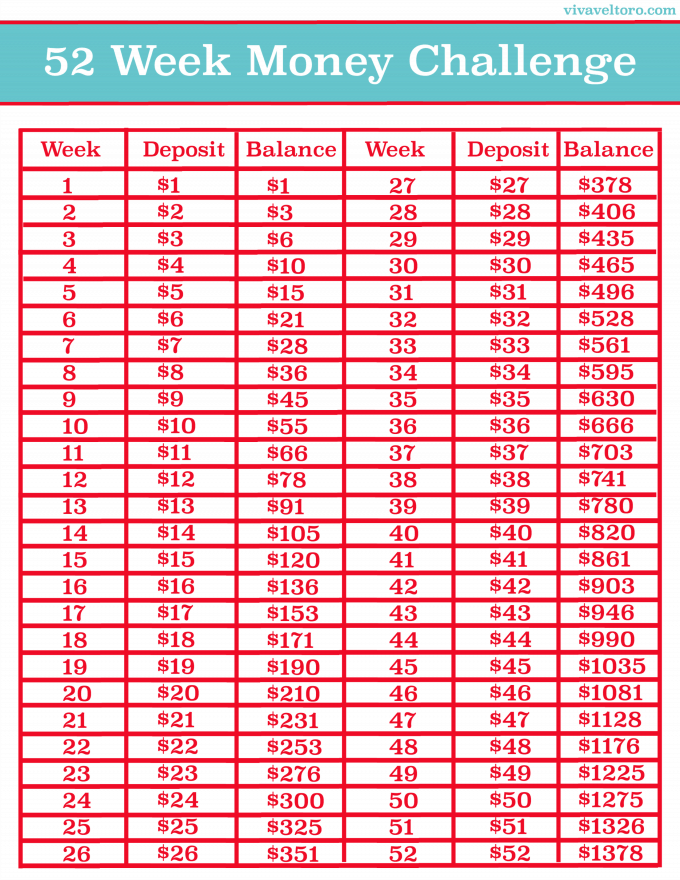 With the traditional 52 Week Money Challenge, you'll save $1 for week 1, $10 for week 10, $25 for week 25, and so on until the end of the year. This is great for people to ease into saving. The flip side of this is that the savings build slowly so you won't have much to show for your discipline until week 14 or so. Another difficulty with the traditional version of this challenge is that you'll be doing the most saving in November and December which can be pretty tough with the holidays. 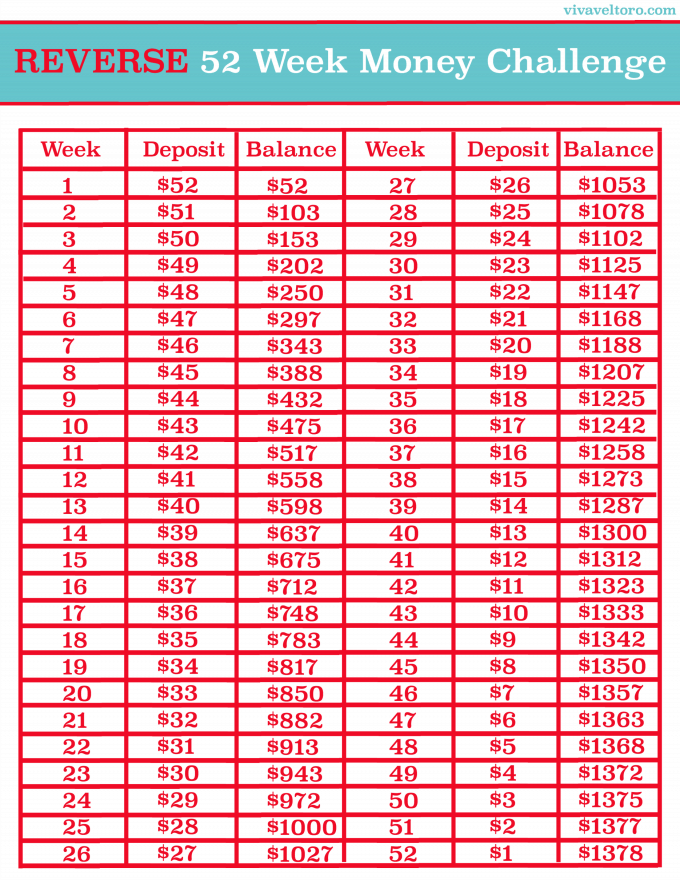 An alternative to the traditional 52 Week Money Challenge is the REVERSE challenge. Here you'll do the opposite by saving $52 for week 1, then decreasing that amount by $1 each week until the end of the year, finishing with saving just $1 during the last week of December. Personally, I like the idea of saving the most money at the beginning of the year. I think it will be easier to save $202 in January rather than December when I'm shelling out hundreds of dollars for Christmas gifts. Plus, I think it's gratifying to see your balance grow right off the bat. By week 14 here you'll have $637 - won't that feel good?!

Yet another method? How about the BINGO method... simply print out the traditional 52 Week Money Challenge and hang it on your fridge. If this week you can save $36, do it and then cross out week 36. If next week you can spare $9, transfer that $9 into your account and then cross off week 9. Just be sure you've crossed out each week by the end of the year so you'll reach your goal of $1378.

While some people like to use a jar to collect their savings at home, I'd urge you to open up a separate savings account to build your $1378 fund. You know the old saying "Out of sight, out of mind". With a big jar of money sitting on your dresser you might be tempted to dip into it on low cash flow days, or when you have a sudden urge for Starbucks. Collecting your money at home also leaves you vulnerable to loss from theft and fire... I know the chances of that might be small, but having your money in an FDIC bank account is a safer bet regardless.

Are you going to participate in the 52 Week Money Challenge?
Which version will you do?