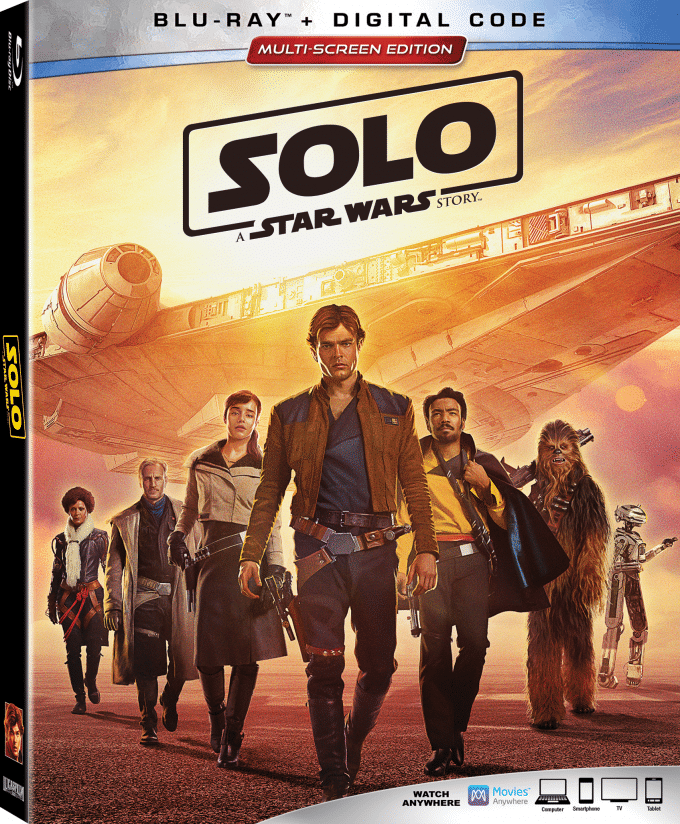 My son loves (like, big puffy heart LOVES) Star Wars. In fact, his room is decked out from top to bottom in Star Wars decor. From bedding to pajamas to LEGO sets, he's a fan through and through. That's why I knew he was going to be so excited about Solo: A Star Wars Story coming to digital and Bluray. 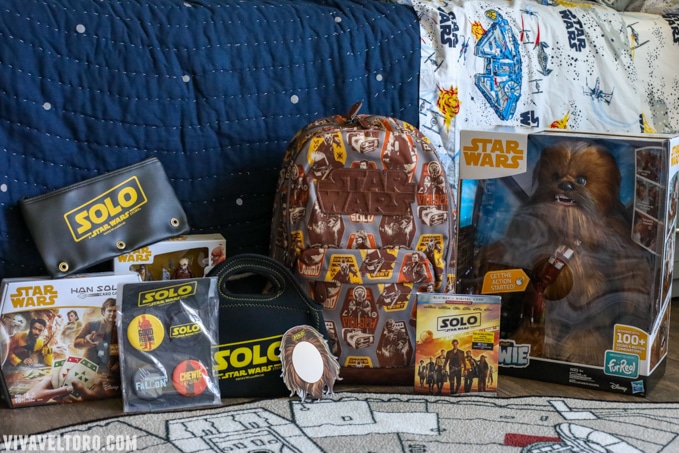 To get him really excited about starting first grade, our friends at Lucasfilm sent him an awesome back to school kit filled with Star Wars school supplies. Doesn't this look so fun?! 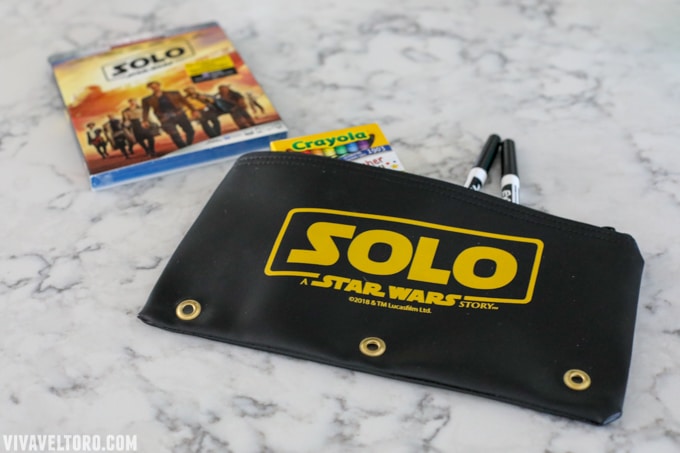 He's already filled up his pencil case and he's ready to go! I'm so glad they sent us multiple buttons because he's already decided which friends he's planning to share his rad new buttons with. Oh, to be a first grader again! 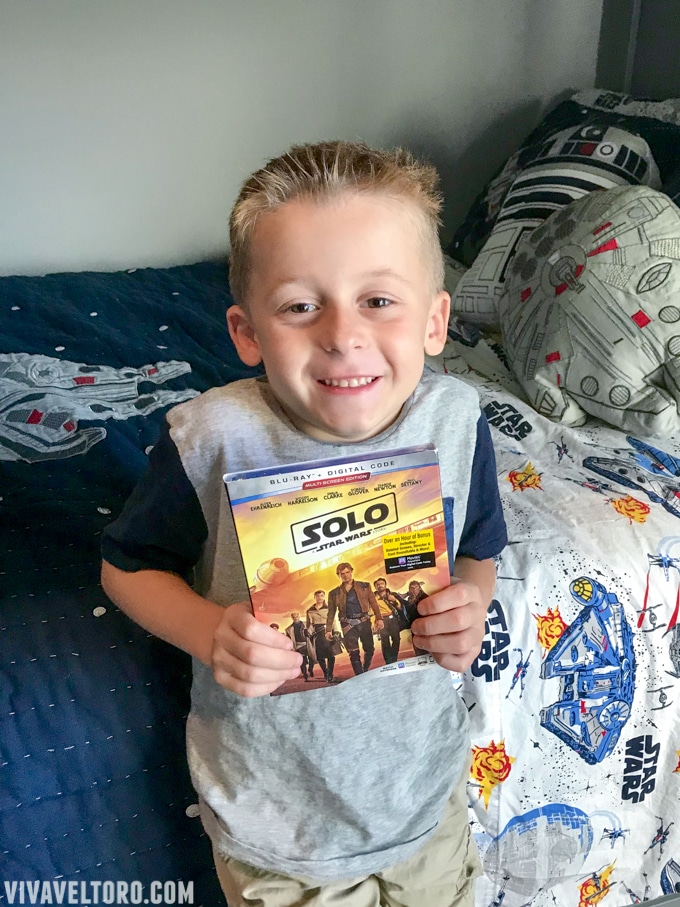 He also received an Ultimate Co-Pilot Chewbacca (which has got to be one of the coolest toys I've seen in a while!), and of course, a copy of Solo: A Star Wars Story!

Ready to watch the movie with your family? Directed by Ron Howard, Solo: A Star Wars Story takes viewers on a wild ride with the most beloved scoundrel in the galaxy, Han Solo (Alden Ehrenreich). The action-packed journey explores Han’s first encounters with future friend and co-pilot Chewbacca (Joonas Suotamo) and notorious gambler Lando Calrissian (Donald Glover), as well as his adventure-filled past alongside fellow street thief Qi’ra (Emilia Clarke) and career criminal Beckett (Woody Harrelson). Watch instantly on September 14, 2018 as the Millennium Falcon sets course digitally in HD and 4K Ultra HD™ and on Movies Anywhere, and bring the adventure home on Blu-ray 4K Ultra HD™, Blu-ray™, DVD and On-Demand on September 25, 2018. 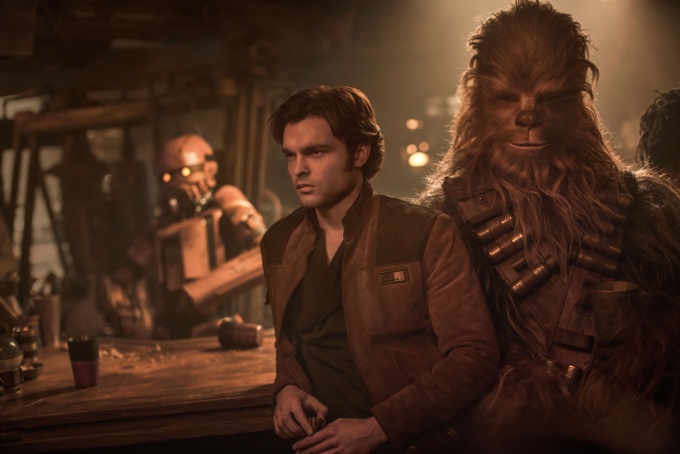 Alden Ehrenreich is Han Solo and Joonas Suotamo is Chewbacca in SOLO: A STAR WARS STORY.

DIGITAL AND BLU-RAY BONUS MATERIAL (may vary by retailer): 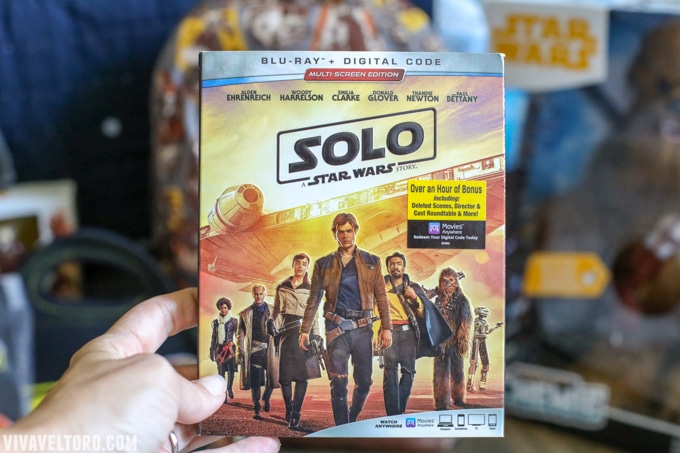 Be sure to pick up Solo: A Star Wars Story and check out all the bonus material. It's always one of the best parts about owning your own copy!

Pin1
Share
Tweet
Reddit
Yum
1 Shares
« Taxi Driver Costume Inspired by Maxi the Taxi Dog {Plus, a Giveaway!}
How to Avoid the Dreaded Summer Shine with Olay Whips With SPF 25! »