Home » Check Out The Early Man Movie {Plus, a VISA Gift Card Giveaway}

If your kids liked Chicken Run and Wallace & Gromit, then get ready for Early Man! This new movie will be released February 16th. I've partnered with Lionsgate to give you all the details and offer a  fun giveaway for you so you can see the film in theaters! 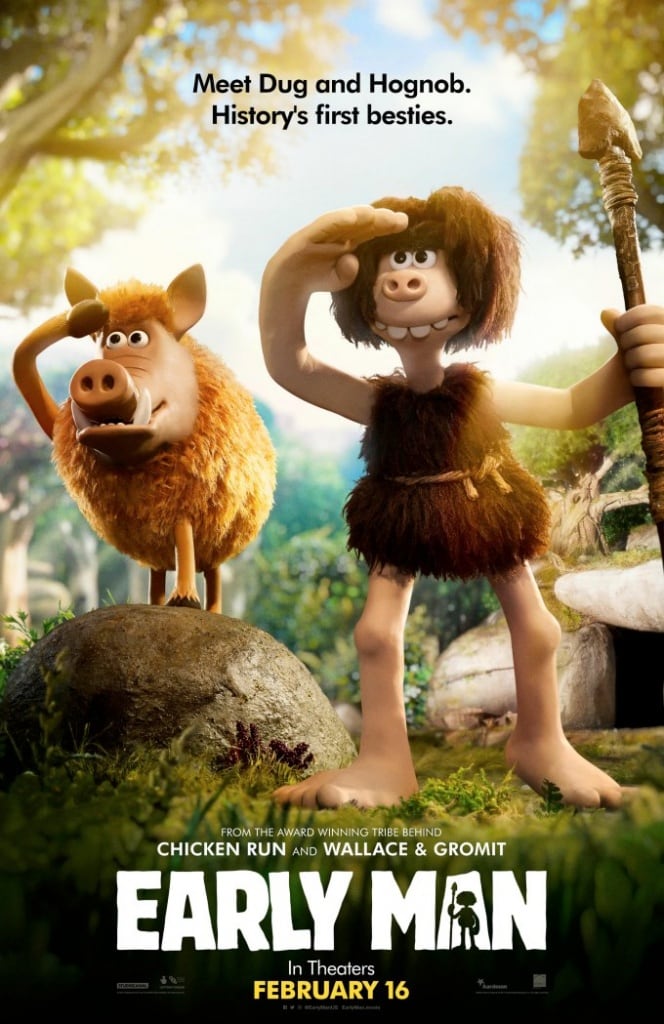 Here are some details about the Early Man movie:

From the creators of Chicken Run and Wallace & Gromit comes the next epic adventure for the ages. On February 16, catch Dug and the gang in Early Man.

Set at the dawn of time, when prehistoric creatures and woolly mammoths roamed the earth, Early Man tells the story of how one brave caveman Dug, along with sidekick Hognob, unites his tribe against the mighty Bronze Age in a battle to beat them at their own game. 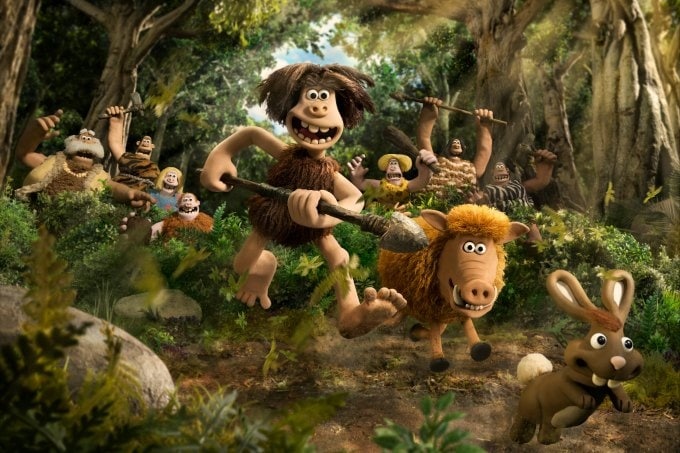 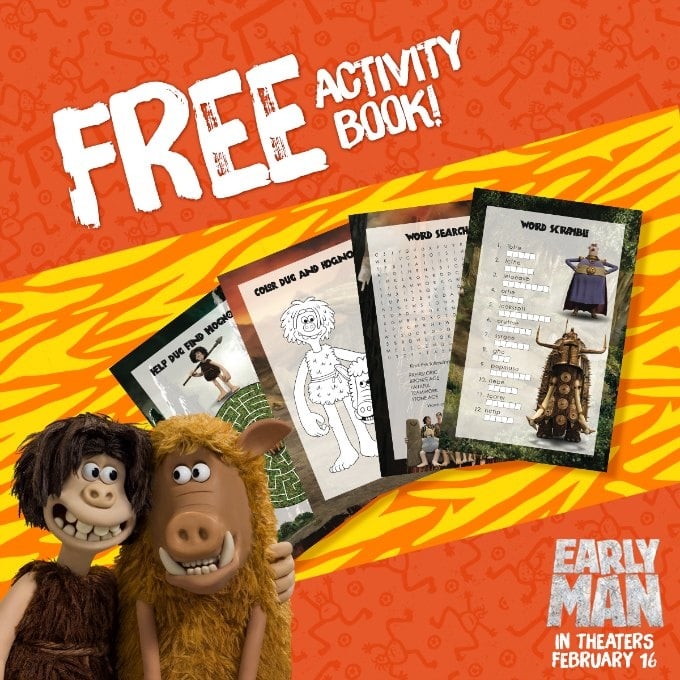 I know your kids are going to love this movie, so I've got a fun Early Man activity book for you to print for them. Just click HERE to grab the PDF file and print. There's a word search, tic tac toe boards and more.

Do you want to see Early Man in theaters?
I've got a giveaway for you! 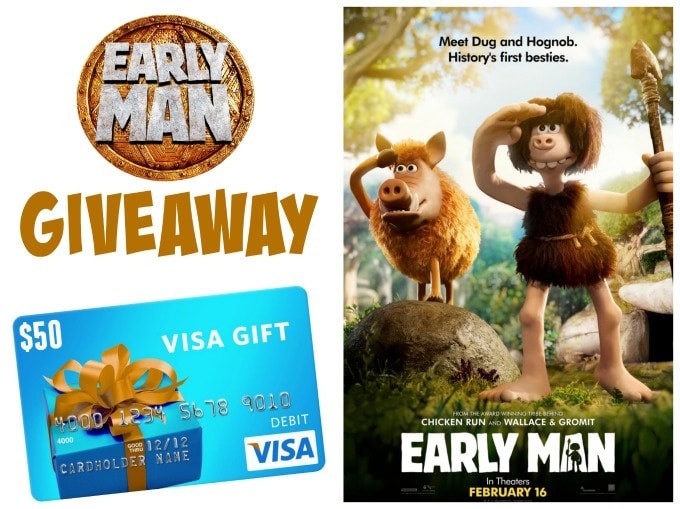 One winner will receive:

Disclosure: Sponsored by Lionsgate. All opinions are my own. One winner will be randomly selected using the Giveaway Tools random selector and notified via email. Once notified, the winner will have 48 hours to respond or a new winner will be chosen. This giveaway is in no way associated with Facebook, Twitter, Instagram, Pinterest or Google. Void where prohibited.